DEBORAH ROSS: So that’s why you can never get to see a GP

A quick run through some of this week’s television, before we get to the main meat. W1A, the BBC’s BBC parody, has returned, and is as sublime as ever as the More of Less Initiative is launched (‘this is about identifying what we do best and finding more ways of doing less of it better’) and the cast wander around beneath full-blown portraits of Mary Berry.

Liar, the ‘rape drama’ is queasy viewing and will remain queasy viewing until we discover why Laura, the alleged rape victim, has been made so tiresome, unsympathetic and plainly stupid.

Three episodes into Back, the Simon Blackwell comedy starring David Mitchell and Robert Webb, and it’s possible to get over the fact it isn’t Peep Show, and enjoy the ‘de-furb’ of the refurb at the John Barleycorn and Stephen’s dismal nights in the static caravan.

The bed? ‘It’s like sleeping on an ironing board made of hot door knobs’.

Meanwhile, Doc Martin has returned and he’s knocking back the white wine while trying to film wild, noisy sex with his estranged ex so as to destroy his ex’s new marriage… No, apologies, that’s Doctor Foster. It’s so easy to get your GPs mixed up.

Doc Martin is the one who is has been cantankerous amidst lovely countryside for at least 98 series now, or is it 468? Either way, at least you can probably get an appointment with him, unlike Dr Foster. Now go to your window. Is she standing out there, staring in? Is she? 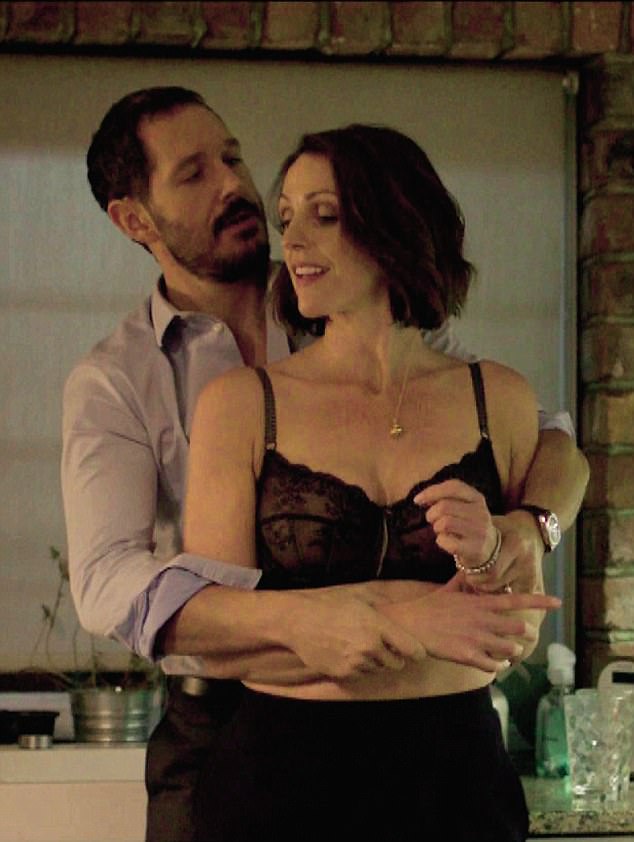 Bertie Carvel and Suranne Jones in Doctor Foster. Doctor Foster is even smashing The Great British Bake Off in the Tuesday night ratings

Doctor Foster. Obsessed by Doctor Foster, but then who isn’t? Doctor Foster is even smashing The Great British Bake Off in the Tuesday night ratings. But a few questions for Dr Foster: ‘Dear Dr Foster, ‘Over the years I’ve struggled to get a GP appointment and found myself angrily frustrated, but now, I at least understand that my own doctor may be too busy stalking her ex. If only this had been explained to me – ‘your doctor is currently on Stalking Leave’ – I would, of course, have been much more accepting.

‘A few little things that first need answering: Dr F, those flowers that have been on your kitchen island for two series now? Where can I purchase flowers as long lasting as these? Also, the chicken you cooked for Tom and Simon, that was ready in ten seconds flat? Where can I purchase this time-saving chicken? Might you let us know, at some point? 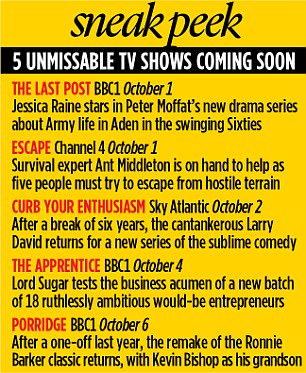 ‘Now, to this week’s episode, where you cooked your quick chicken while waving a knife in the air, which is always a worry. You set your phone to record on the side while Simon washed up and you dried and as he was washing and you were drying you looked him in the eye then took off your shirt and lifted your skirt and leaned over the kitchen island.

‘Watch out for the world’s longest lasting flowers!’ Simon should have cried, but perhaps he was too taken aback.

‘Gemma?,’ he simply queried. ‘Come on,’ you said. You undid his shirt and you were off. But then he saw you were filming it all. ‘Disappointing,’ he said. ‘Desperate. To show Kate? Pathetic.’ But while we’re here we might as well, you said. He then had you, noisily, over the dining table while Tom was upstairs and of course he heard.

Gemma, you do realise this all might have been avoided if only you had a dishwasher? I have a Bosch one, and it’s pretty good. ‘The next day, Simon double-crossed you in a school meeting, you stood-up Ros – ‘Sorry! Stalking Leave!’ – and it all went belly up for poor Tom, who had done bad stuff to Isobel, and was ejected from his father’s house.

You have now taken Tom and left Parminster for good, so you say, but as he knows about the noisy sex and could tell Kate… Oh boy, and all so unnecessary.

Not being funny, but I’ve heard Miele do good dishwashers, too. Dr Foster will look at your head when she returns from Stalking Leave, or Simon is dead. But as you’re not going to get the first without the second, we can’t say when exactly this will be.