Unlike many of those who extol the virtues of ‘clean eating’ or set themselves up as ‘wellness’ gurus, I want to set out my credentials right at the start.

I’m not just another health blogger offering a transformational plan or miracle cure, armed with only a pretty plate of food and a marketing strategy.

I am a trained biochemist and nutritionist who is registered with the Association for Nutrition.

I’m a scientist and a sceptic, who, nowadays, spends her time tackling the myriad food myths that plague what has become an entire industry surrounding the concept of ‘wellness’.

But I wasn’t always so hard to impress. Not long ago, I was the one falling for every nugget of pseudo-science handed to me by wellness bloggers, including (but not limited to): cutting out various food groups from my diet; believing I needed ‘superfood’ powders to be healthy; not eating gluten; juicing for health; and even doing week-long raw vegan ‘cleanses’.

Then, on holiday on the east coast of Australia, surrounded by wellness zealots even more extreme than me, I had an epiphany and began to question the evidence.

When I compared their food philosophies and advice with the science, it just didn’t match up.

From that point onwards, I made it my mission to challenge every fad and unscientific principle, one by one, in the face of hard facts.

The truth is that trendy diets, detoxes — food itself — can’t cure every ailment or bestow perfect health. That’s just not how the human body works.

It is high time that more of us became wellness rebels and cultivated a happy, rather than anxious or scared, relationship with what we eat.

So, read on for the most prevalent foodie wellness myths, busted by science.

How many times have you heard someone claim the wonders of a ‘full-body detox’ or a ‘spring detox’? ‘Detox to get that summer body,’ we are told, or even: ‘Detox your weekend away!’ But do detoxes work?

Let’s start with juice cleanses, which require you to consume juice and only juice for several days — and make sure it’s raw, organic, cold-pressed juice, not supermarket-brand orange juice.

Detox evangelists solemnly inform us that a juice cleanse will ‘hydrate our cells’ (just like a glass of water), ‘make our skin glow’ and help us lose weight and gain energy.

But a juice diet is lacking in fibre, can be high in sugars and is likely to be low in protein. Its lack of sodium can make you dizzy. And if you’re having just pure vegetable juice, there is a complete absence of carbohydrates, which will make you feel tired — the opposite of what’s promised.

It’s expensive, too, and it doesn’t lead to positive, long-term lifestyle habits.

Even if you’re just using the cleanse to lose weight, chances are, you’ll regain the pounds once you go back to eating food.

And what about the humble glass of lemon water — an infusion of lemon in hot water — recommended by a whole host of wellness warriors, who claim that it ‘flushes out toxins’ and ‘wakes up the liver’ first thing in the morning?

Well, first of all, your liver doesn’t need waking up. If your liver went to sleep every time you did, you probably wouldn’t wake up again.

And secondly, heed the caution of dentists, who warn that consuming acidic lemon water every day can wear away enamel and damage your teeth.

In the past couple of years, increasing numbers of people have gone gluten-free, often at the behest of a group of wellness bloggers spouting unfounded assertions. ‘Gluten is like sandpaper for the gut,’ they say, and blame it for a whole host of vague, non-specific symptoms.

Let’s get this straight: there are legitimate reasons for not eating gluten. The only way to manage the autoimmune condition coeliac disease, which damages the gut lining and causes serious gastric symptoms, is to eliminate gluten totally from your diet, while those who suffer from a wheat allergy can also benefit from cutting out gluten. But the rest of us? Not so much.

Less than 5 per cent of the population have a legitimate problem with gluten. 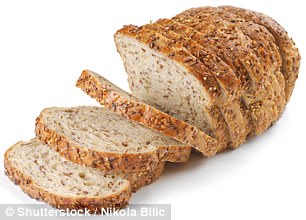 Less than 5 per cent of the population have a legitimate problem with gluten, such as those with coeliac disease – but approximately 12 per cent of us in the UK have gone gluten free

Yet, according to the BBC, an estimated 8.5 million people in the UK — approximately 12 per cent of us — say we have gone gluten-free. This means a huge number of people are excluding gluten unnecessarily.

Proving a self-diagnosis isn’t as simple as cutting out gluten, seeing whether your symptoms improve and assuming that therefore the cause of any issues must be gluten. Lots of things cause gastric discomfort. Often, if someone experiences bloating after eating a large bowl of, say, pasta, the problem isn’t the pasta itself, but overeating, eating too quickly or not chewing properly.

When blind testing is tried, where people are given foods without knowing whether they contain gluten, many of those who self-diagnose some form of gluten sensitivity observe no reaction to gluten, which suggests that it’s not the problem — they just think it is.

And going gluten-free may not be healthier. Many alternatives have a range of additional ingredients to compensate for the lack of gluten and are often higher in sugar and fat.

A gluten-free diet has also been linked to a reduction in beneficial bacteria populations in the gut. A key to gut health, and therefore overall health, is having a varied diet with a whole range of foods. So why not let that include grains and gluten (unless you have a medical diagnosis of coeliac disease)?

The alkaline diet is based on the premise that the body functions best in a slightly alkaline state and that illness is due to acidity in the body.

Proponents say what we eat and drink affects the pH of our bodies, including the blood, so we need to consume an abundance of alkaline-forming foods (mainly fruit and vegetables) and avoid acid-forming foods (mainly meat and dairy). From a purely nutritional perspective, anything that encourages the increased consumption of fruit and veg is a good thing, since 70 per cent of us admit not eating our five-a-day.

DON’T BE TEMPTED BY A TEATOX 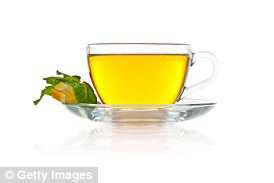 So-called ‘teatox’ products are herbal ‘detox teas’ sold in health food shops that are meant to be drunk two to three times a day, either around 30 minutes before each meal, or once in the morning and once at night.

Often, these teas, or at least the evening brew, contain a herbal laxative called senna, which makes you lose water weight. This can trick you into thinking the tea is effective for weight loss when it’s not (you are really just losing water weight and when you stop the laxative, you will put that water weight back on). Laxatives don’t cause fat loss or ‘detox’ the body.

And beware: senna can have side-effects, including fatigue, dehydration, dizziness, cramps, colon damage, pain, diarrhoea and dependency on laxatives.

The problem is that the alkaline diet also comes with a number of unfounded claims — that people who are too ‘acidic’ show symptoms of anxiety, fatigue, headaches, insomnia and high blood pressure, for example.

Meanwhile, the health claims range from the relatively benign — such as weight management and reducing acne — to the much harder to believe, such as curing cancer.

In fact, your body’s pH is tightly controlled. When you consume foods, the pH of the food is changed in different parts of the body to match the ideal conditions for digestive enzymes: first acidic in the stomach, then more alkaline in the intestines.

Blood pH is so tightly controlled because a deviation of more than 0.4 pH units either way is fatal. Being ‘too acidic’ isn’t something you can just quickly change by eating some greens; it involves going to hospital and treatment with intravenous lactate.

Being too alkaline is just as serious a problem, with treatment involving intravenous chloride solution.

It comes down to this: a diet high in ‘acidic’ foods — that is, a diet low in fruit and vegetables — is a typical Western-type diet. We know this kind of diet has negative health consequences, but this is not because it makes your body ‘acidic’ in any way.

So, ditch the labels and the dichotomy and just eat a balanced diet.

Believe it or not, coconut oil is around 85 per cent saturated fat. Remember that a diet high in saturated fat as a percentage of overall energy intake is linked to increased risk of heart disease — yet coconut oil has somehow reached ‘superfood’ status, thanks to some clever marketing tactics and exaggerated scientific claims that give it the illusion of credibility.

A lot of the claims for coconut oil are extrapolated from research into a type of saturated fatty acids called medium-chain triglycerides (MCTs), which are described as ‘fat-burning fat’ because they are quickly metabolised for energy.

Here’s the science bit: MCTs have between six and ten carbons, whereas lauric acid, the main fatty acid component of coconut oil, has 12 carbons and, therefore, is not considered a ‘true’ MCT. In moderate amounts, coconut oil is neither ‘good’ nor ‘bad’ but, like butter, should not be eaten in excess

Once you dig down into the science, you see that it’s a bit of a stretch to apply the benefits of MCT to coconut oil. Indeed, the evidence, according to a research paper from 2016, ‘does not support popular claims purporting that coconut oil is a healthy oil in terms of reducing the risk of [heart disease]’.

In moderate amounts, coconut oil is neither ‘good’ nor ‘bad’ but, like butter, should not be eaten in excess. It is a saturated fat, and I can’t in good faith recommend putting it in your coffee every morning, as many wellness bloggers do.

Now, let’s turn to the superfood powder fad. Bought in big tubs from health food shops, to be sprinkled into smoothies or over porridge, these powders are said to punch well above their weight in terms of nutrition and health.

But do we really need them? No, we don’t. They are expensive and the claims made for them are dubious. Most of them taste pretty awful, too . . .

Raw foodism is based on the (incorrect) belief that uncooked food is intrinsically healthier than cooked.

Yes, raw food does contain good-for-us enzymes and cooking does destroy these when it heats them to above 40c or so.

But do you know what else destroys enzymes? Your digestive system, which exists at a comfortable pH of around 2–3, thanks to the production of gastric acids. 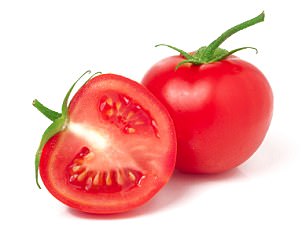 Cooking food can remove toxins such as cyanogens and lectins, and it kills bacteria and parasites that could harm you. By cooking food, you are often helping to avoid food poisoning

Your body can’t use plant enzymes — they get broken down in your stomach just like any other protein would, and your body uses the resulting amino acids as building blocks to make other proteins.

Cooking food can remove toxins such as cyanogens and lectins, and it kills bacteria and parasites that could harm you. By cooking food, you are often helping to avoid food poisoning.

In some cases, cooking food can break down certain vitamins, but in others, it makes them easier for your body to use. In many instances, cooking breaks down indigestible plant components, which means better access to the nutrients inside. So it’s not clear-cut and depends on the food.

I should probably point out that cooking foods to oblivion or excessively charring them isn’t recommended, but light cooking has some clear health benefits.

What really matters is eating the vegetables. If you don’t eat them, it doesn’t matter whether you cooked them or not.

THE FRUIT & VEG YOU SHOULD ALWAYS COOK