‘This is the best lobster roll you will EVER have’: Decadent airstream pop-up is named a must-visit by foodies – but the best-seller doesn’t come cheap

Street food has been taken to whole new level with what has been described as the most decadent pop-up experience to hit Australia this summer.

Melbourne eatery Lobster and Co are behind the pop-up restaurant which features a unique single-item menu served from a vintage stainless steel caravan.

The pop-up sensation will be offering a lobster roll with a serving of truffle fries for $50, this can be washed down with a $20 glass of Champagne.

The lobster roll’s description has left foodies across Australia drooling.

‘A wild-caught, whole confit lobster tail, served warm in a slightly sweet, totally moreish caramelized brioche bun, finished with the creamy tang of buttermilk fennel slaw and served with a side of golden, parmesan truffle fries,’ the menu reads.

The restaurant has defended it’s decision to serve just one item by insisting the dish doesn’t leave any need for them to offer anything else.

The eatery rose to fame with similar pop-ups in 2017 and 2018 with some customers traveling hundreds of kilometres to sample the delicious roll.

‘Lobster and Co will be an unmissable dining destination in custom-made, vintage-style stainless steel food caravans, complete with white picket fencing and seating.’ 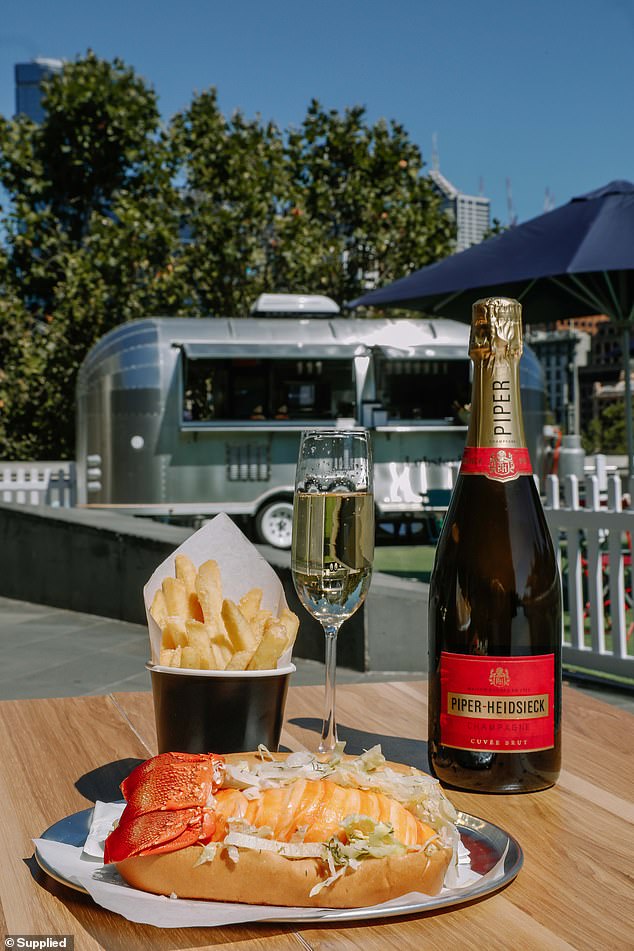 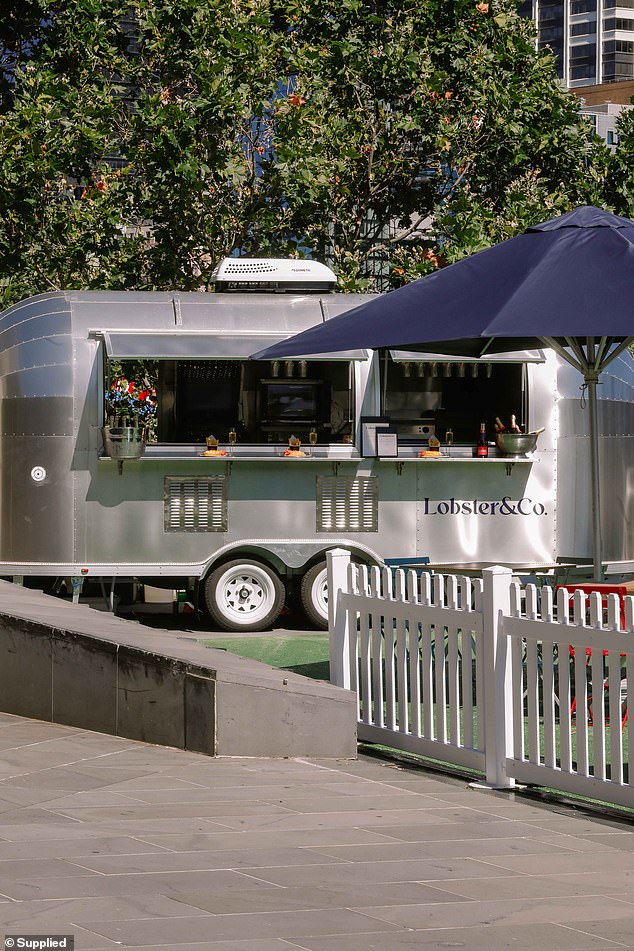 The pop-up restaurant will be serving the decadent meals in Brisbane, Melbourne and Sydney

Diners are also encouraged to bring their own picnic rugs to each pop-up location so they can make the most of their evening.

Brisbane diners can sink their teeth into one of the rolls from January 19 until February 7 at Riverside Green.

Melbourne foodies can get their fix between January 12 and February 20 at the Arts Centre Melbourne forecourt.

The Sydney dates and location have not yet been revealed.