Decapitated and dismembered body of a man, 34, is found in luxury Manhattan apartment block

Sister discovers the decapitated and dismembered body of her brother, 34, in his luxury Manhattan apartment – as investigators reveal they have video of the victim riding the elevator with a suspect moments before grisly death

A 34-year-old man’s body which had been decapitated and dismembered was found by his sister inside a luxury Lower East Side apartment building on Tuesday.

The alarm was raised after the man’s sibling became concerned after not hearing from him for a day.

She went to the seventh floor unit to check on her brother only to be met with a gruesome sight.

Her brother’s body had been cut up with a power saw, which was lying nearby and was still plugged in. The body parts were sorted into different plastic bags.

Police believe they have surveillance video of the suspect entering the building and using the elevator. 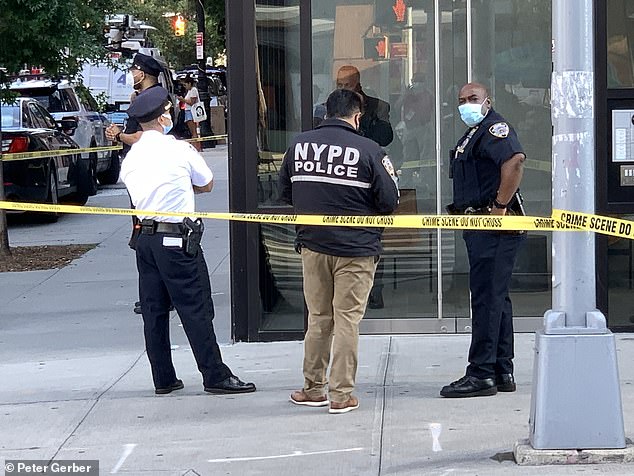 The man’s body was discovered by his sister who wanted to check on him. Pictured, police stand outside the luxury condo in the Lower East Side

Police found that the victim’s legs below the knees along with their arms had been removed, with the missing body parts placed into bags.

Surprisingly, there was very little blood. The New York Times said that some effort had been made to clear up evidence.

Sources told the New York Post that it appeared the killing had been targeted.

The victim had last been seen on Monday afternoon walking into his building’s elevator. 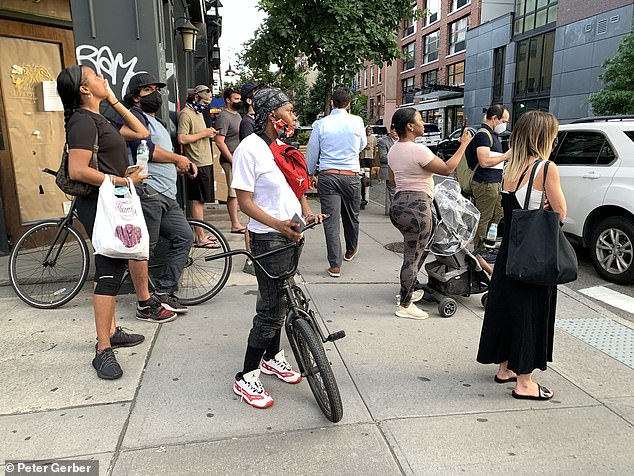 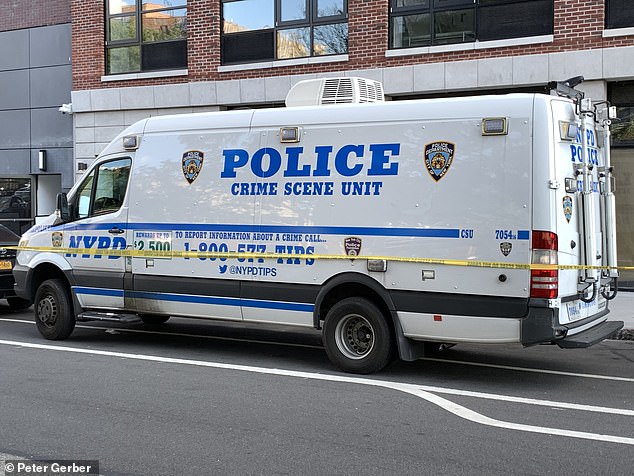 Surveillance footage is also believed to have caught the killer carrying a bag and waiting to enter the elevator with his victim.

Sources told The Post that as the pair rode up to the seventh floor apartment together, he appeared puzzled.

But as soon as he had stepped out into his home, the attack began.

The victim has not yet been named but is believed to be a tech entrepreneur.

Cops are now trying to work out whether the arrival of the victim’s sister interrupted the dismembering of the man’s body.

Detectives are also looking to see if the killer was able to escape through another exit. 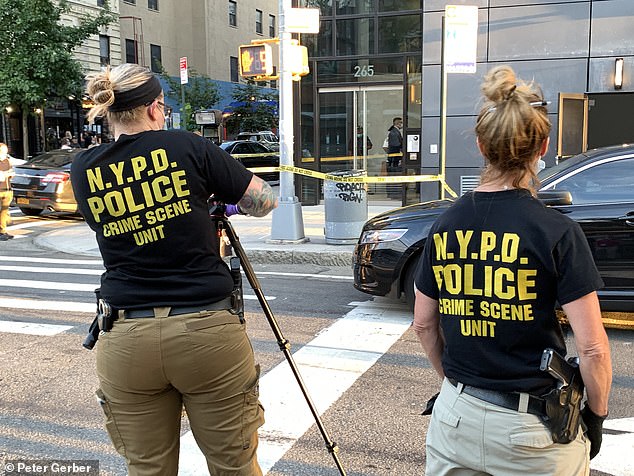 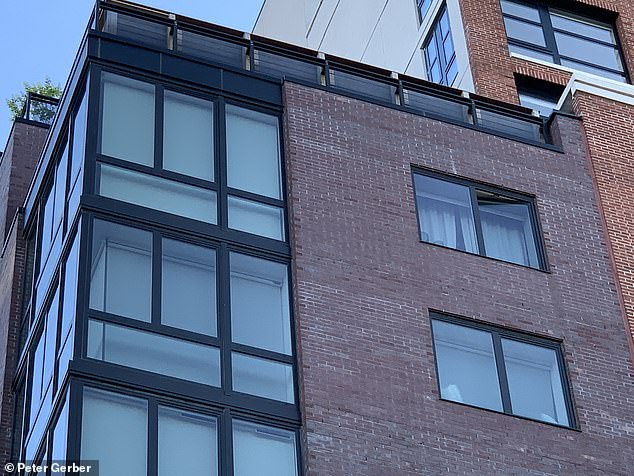 Later, police could be seen in the condo’s lobby at 265 East Houston Street where they could be seen speaking with a woman who was in tears and who was believed to be the sister who had found the body.

‘She was really upset. Crying. Shaking,’ Danny Faust said to The Post. ‘She was just sitting there but you can tell her legs were shaking. She’s nervous. She was crying like, you know, wiping her eyes.’

‘She was screaming when she first came down,’ Faust said.

‘Dead body? Okay. But when you hear chopped up and dismembered? That’s it. That’s a sick type of mind for somebody to do that,’ he added. 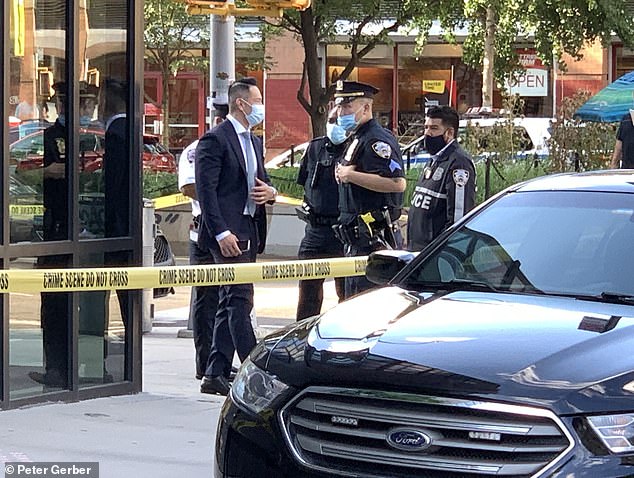 NYPD crime scene detectives are pictures on scene, outside the apartment block