Declan Rice said he has played an ‘obscene’ amount of games over the last year, admitting the schedule has left him feeling ‘knackered’ after every game.

Ahead of facing Anderlecht away in the Europa Conference League on Thursday, the West Ham and England favourite said: ‘I worked out last year from June (2021) to June (2022) I played 68 games. That is an obscene amount of games.’

West Ham are looking to maintain their perfect record in Europe this season after two group game wins, and Rice added: ‘I don’t go into a game and don’t give 100 per cent. Every game I walk off and I am knackered.

‘There are big games for West Ham and England. I don’t want to get injured or do anything silly.’

The Hammers were in the Europa League last season, reaching the semi-finals before losing to eventual winners Eintracht Frankfurt. They also made the quarter-finals of the League Cup.

Rice, 23, has been a regular fixture of the West Ham side in recent years and has already made 205 appearances for the club’s first team. 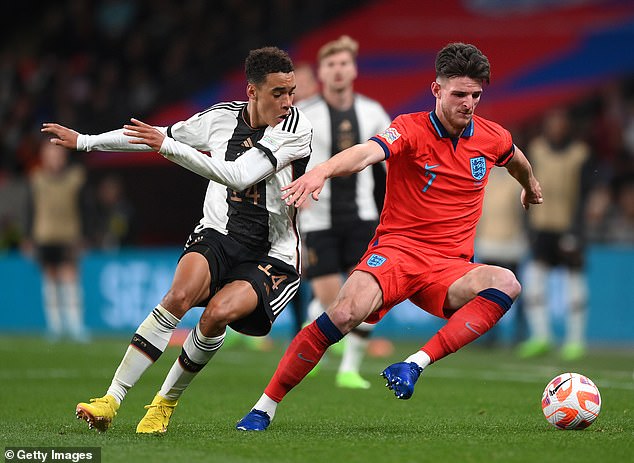 He is also expected to be selected in the England squad for the upcoming World Cup in Qatar.

West Ham are among the clubs facing a gruelling month as they play nine matches in October.

David Moyes’ side host Fulham in the Premier League on Sunday following the trip to Belgium to face Anderlecht on Thursday.