Bring on pens! Declan Rice insists Gareth Southgate has helped England ‘shift the mindset’ about spot kicks ahead of Senegal clash as the midfielder says he is ‘really confident’

Declan Rice has insisted that England have overcome their World Cup penalty shootout hoodoo, owing to the belief instilled in them by manager Gareth Southgate.

England were knocked out of the 1990, 1998 and 2006 World Cups on spot-kicks but four years ago under Southgate they finally won a shootout, beating Colombia.

They face Senegal on Sunday night in the last 16 but midfielder Rice said they would not play in fear of penalties. 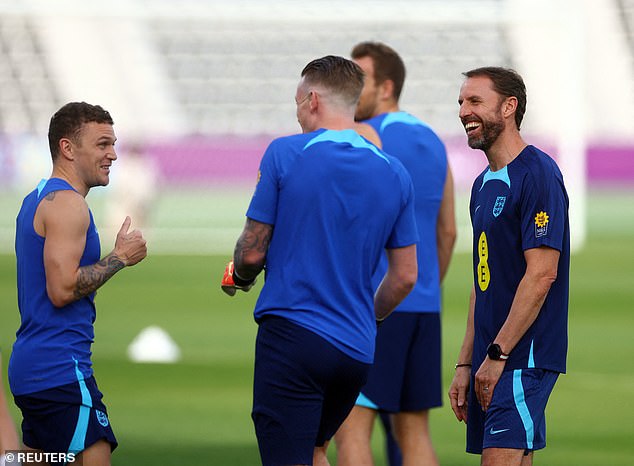 ‘Since Gareth has come in, we’ve shifted our mindset on penalties,’ he said. ‘We lost the Euro 2020 final against Italy, but we had a big win against Colombia in 2018. We know now we’ll be well prepared for it.’

England have stepped up their penalty practice but Rice is wary of overdoing it.

‘You don’t want to take too many penalties in training,’ he said. ‘You want to be fresh, pick a spot. If it does come to penalties, I back us 100 per cent. You have to get your breathing right.

‘I’m really confident in what we’re seeing. Not just because of the players we’ve got but also the preparation we’ve put in.’

There is a distinct possibility the last-16 clash in Al Khor will need to be settled by a shootout, as Senegal are a pragmatic and well-organised side.

They have experience from the spot in 2022, too, having won the Africa Cup of Nations final and their World Cup play-off against Egypt on penalties. 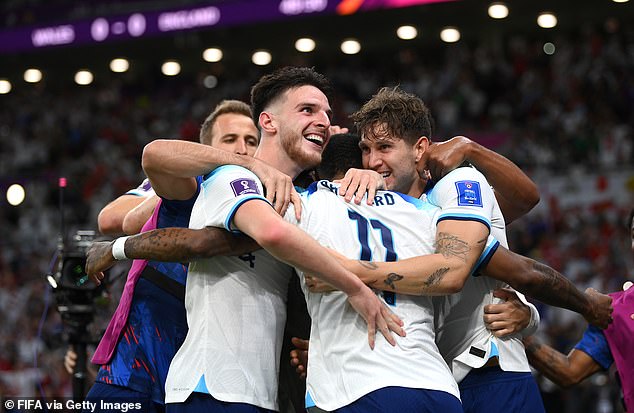 But this will not faze England’s players, who have had a round of penalties after every training session for the past 18 days.

They had been using a Skilz target net to hone their technique, as Sportsmail reported on November 17, but now they have to take kicks against goalkeepers.

Nick Pope and Aaron Ramsdale have done the bulk of the work in training but established No 1 Jordan Pickford will also be involved before the match at the Al Bayt Stadium.

England’s players have also been speaking to a sports psychologist to help control their emotions.

Rice added: ‘With the Skilz nets, it is all about picking your spot. You have to get your breathing technique right. We have got psychologists with us, who tell us the best way to calm down. We are practising and when the keepers come in, it’s another psychological test. 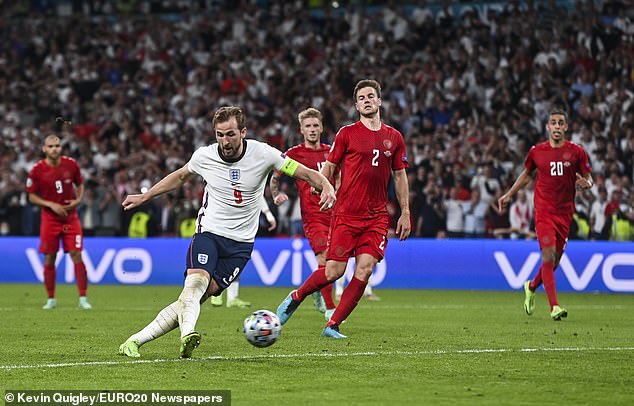 England manager Gareth Southgate would not lack for volunteers but his coaching staff will have in their mind the best five candidates.

Jack Grealish did not get the chance to take one against Italy in the Euro 2020 final but insisted he would put himself at the front of the queue this time if required.

‘I would definitely take one,’ Grealish said. ‘I just couldn’t, whether I scored or missed, touch wood, live it down because I do feel like I’m one of the most technical players in the squad. I’m well-equipped to take a penalty.

‘I couldn’t shy away. I couldn’t live with myself if I just didn’t take one so I would 100 per cent take one if it came down to it.’