England were handed a major boost on Thursday as Declan Rice returned to training, according to Kalvin Phillips.

Rice, who missed training on Wednesday through illness having played every match at the Word Cup so far, is now back in contention to start against France in England’s crucial quarter-final on Saturday.

Phillips said during his press conference on Thursday: ‘I believe Dec is fit, he’s back in training and he’s fine. 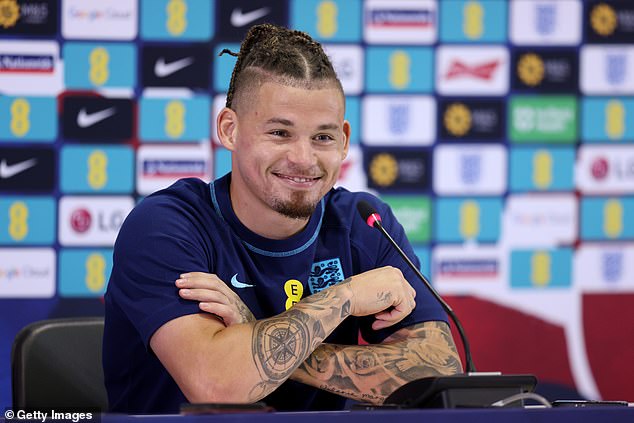 ‘If something goes wrong, then I’ll be there and I’ll do my best to be fit for 90 minutes. ‘I want to play as many minutes as possible.’

The 27-year-old’s season so far at the Etihad has been marred by injury, but he returned just in time to earn a spot in Gareth Southgate’s 26-man squad last month.

Raheem Sterling, who was absent from training again having returned to England last week to deal with a burglary raid on his home, is expected to rejoin the camp on Friday. 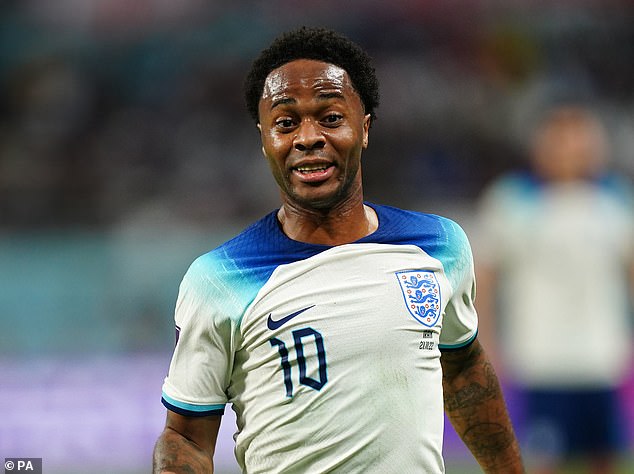 Raheem Sterling, who went back to England last week, is set to return to the camp on Friday

Delighted to have Sterling back in the squad from tomorrow, Phillips added: ‘(It is) a massive lift. Raheem is an amazing player.

‘Obviously he had to fly home to deal with what has gone on. We are just glad he is alright.’

A key talking point ahead of England’s crucial clash on Saturday is the match-up between French superstar Kylian Mbappe and Phillip’s Manchester City team-mate Kyle Walker, who is likely to play an important role in stopping the World Cup’s current top scorer.

It has been all smiles on the training pitch since England’s impressive 3-0 victory against Senegal in the last-16, and the positivity only improved when Southgate welcomed former Three Lions legend David Beckham into the camp on Wednesday.