Decomposing bodies moved on old planes without being refrigerated

‘You’ve got fluid leaking out’: Decomposing bodies are being moved on old planes without being refrigerated in remote areas – causing funeral homes to REJECT them

Decomposing bodies are being transported on old planes without refrigeration causing a potential bio-hazard risk, a senate inquiry has heard.

‘I went and talked to some funeral operators down south… they were horrified because of the bio-hazards and all this sort of stuff,’ his submission read, according to the ABC.

‘You’ve got bodily fluids leaking out. One funeral operator said to me he would rather not accept bodies from a remote location for that reason.’

There are currently about 20 functioning mortuaries around the Northern Territory, however, private Indigenous consultant Joe Morrison said they were often full to capacity (stock image)

There are currently about 20 functioning mortuaries around the Northern Territory, however, private Indigenous consultant Joe Morrison said they were often full.

He was the chief executive officer of the Northern Land Council until November 2018.

The council was paying more than $300,000 a year to support Indigenous communities in transporting deceased loved ones to other locations, he claims.

ALPA chief executive Alistair King said when families could not afford flights and mortuaries had no space it was possible that some families were storing the bodies at the houses.

‘Other times if they can’t get the body out and can’t get assistance, they’ll use a room in the house and close it all up with air-conditioning it to try and maintain the body before the funeral,’ he said.

He has called on the Federal and Northern Territory governments to assist in providing better facilities for local Indigenous communities. 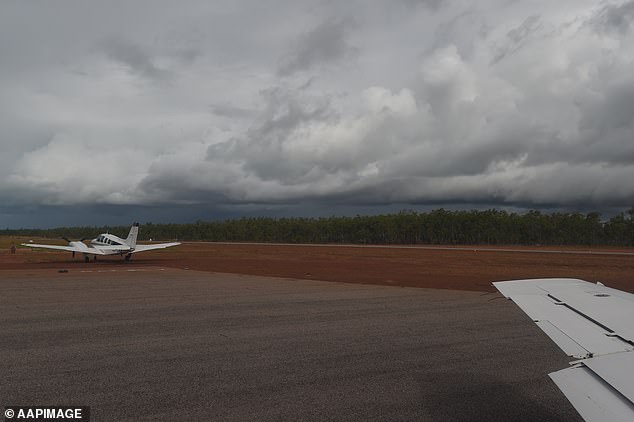 Decomposing bodies are being transported on old aircraft without refrigeration causing a potential bio-hazard risk, a senate inquiry has heard (stock image)