A Chinese firm described as ‘trying to hide’ its ties to the Chinese Communist Party is set to be given the go ahead to build two hydroelectric power stations in Australia.

The company shipped medical supplies to China during the coronavirus outbreak and is now expected to be chosen to build two crucial power stations in the NSW Hunter Valley.

Daily Mail Australia understands the WaterNSW hydro-electric projects at Glennies Creek and Glenbawn Dam were deemed not profitable enough by the Australian bidders, with shortlisted companies AGL and Meridian dropping out of the race.

Glennies Creek Dam is the second hydro-electric project that Goldwind has been shortlisted for, in the NSW Hunter region. Australian firms could not compete, several have dropped out

Goldwind is listed on the Hong Kong and Shenzhen stock exchanges, but 40 per cent of its top ten investors are owned by the ruling Chinese Communist Party.

Conditions imposed by WaterNSW included that the company with the winning tender would have to hand back the hydro-electric project after 40 years and comply with government directives, such as not using water during drought.

This has raised questions about what is motivating the Chinese firm to invest.

NSW Labor Senator Deb O’Neill told the Senate on Monday she was ‘deeply troubled’ by the prospect of a major utility with access to critical NSW energy assets being owned by a company with major ties to a foreign power.

She asked how the company could be trusted with energy infrastructure when it had sent much-needed protective equipment to China during the pandemic.

‘If they cannot be trusted with medical gloves and masks how can we expect them to act in Australia’s interest with our dams and our power grid,’ she said. 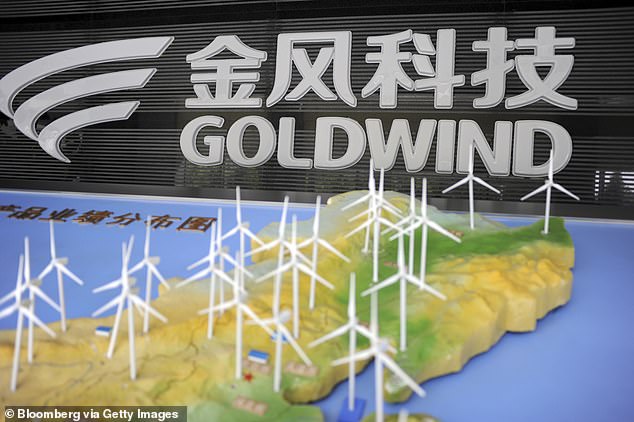 ‘What is even more troubling to me is Goldwind’s desire to hide their ties with the ruling Chinese Party.’

A decision has not yet been made over the hydroelectric tenders, and any decision will be subject to Foreign Investment Review Board approval.

A Goldwind spokesman told The Daily Telegraph the company took steps against the virus in China, Australia and elsewhere, including with ‘reciprocal PPE assistance between our teams’.

The spokesman said the company had built several projects in Australia that had needed approval from the board, and that it had a clearly defined process.

The company has made big inroads into Australia’s taxpayer-subsidised green energy sector.

Goldwind says on its website that it is now running four wind farms and two solar farms.

Chinese firm Goldwind is one of the world’s biggest wind turbine generator manufacturers. It has built multiple wind farms in Australia where its turbines are installed

It has plans to build four more wind farms and another solar farm.

Four other projects are now under construction.

Goldwind secured loans from a banking consortium including the ANZ, Westpac and the Commercial Bank of China to install its turbines at the $300 million Cattle Hill wind farm near Lake Echo, Tasmania.

The company has a 20 percent stake in Cattle Hill with the other 80 percent owned by PowerChina, which is owned by the Chinese Government.

It also has another wind turbine project at Biala where it will install 31 of its turbines in the NSW Southern Tablelands. 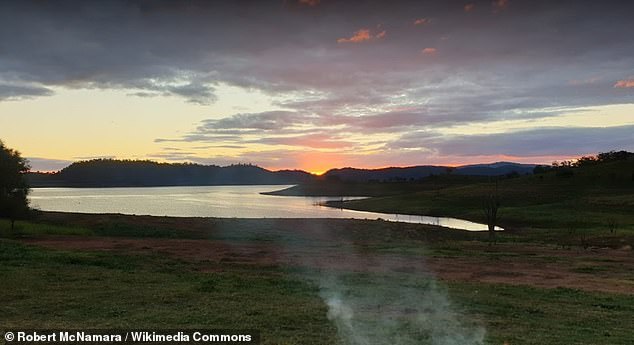 Glenbawn Dam in the NSW Hunter region has been earmarked by WaterNSW for a hydro-electric project. Pictured: Lake Glenbawn

Said to be Australia’s largest wind farm, Stockyard Hill will consist of 149 wind turbines made by the Chinese corporation.

The Victorian Premier said at the time it had been made possible ‘thanks to the Andrews Labor Government winding back the former Liberal Government’s anti-wind farm planning rules that almost killed off the clean energy sector’. 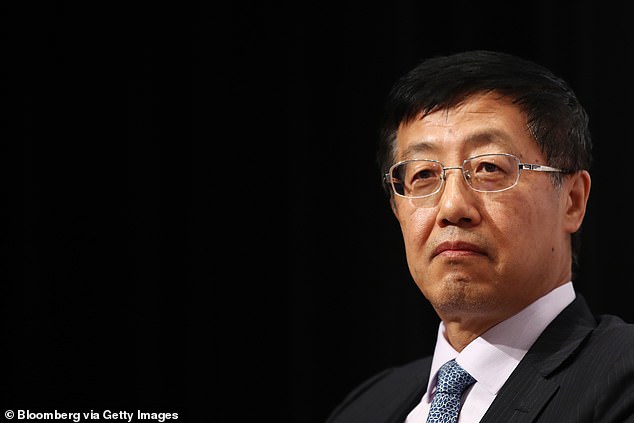 Wu Gang, chairman and founder of Xinjiang Goldwind at the Clean Energy Summit in Sydney in 2017. The firm now has four wind farms and two solar farms in Australia. It has plans to build four more wind farms and another solar farm, as well as having four under construction

Construction is nearly complete on another Victorian project for Goldwind at the Moorabool Wind Farm near Ballan in central western Victoria, which will install 107 wind turbines made by the Chinese firm.

Victoria is the only Australian state to have signed up to the controversial Belt and Road initiative, despite warnings from the Department of Foreign Affairs and Trade and national security agencies.

Having signed the initial agreement in 2018, the Andrews Government significantly deepened it with a new agreement in October last year.

Critics fear China is using the trillion-dollar Belt and Road, which provides loans and investment in infrastructure projects from the Chinese government, to buy undue influence through debt diplomacy across critical trade choke points around the world. 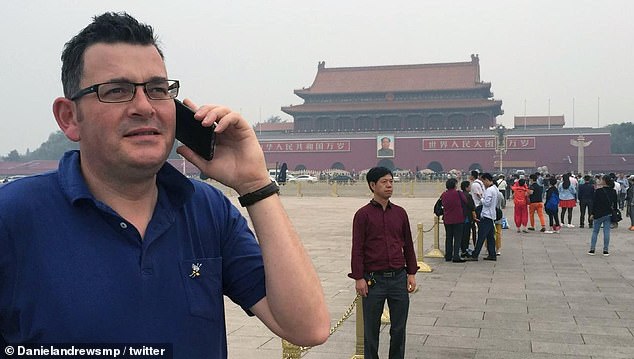 Victorian Premier Daniel Andrews visiting Tiananmen Square in Beijing in 2015.  Goldwind is building wind farms in Victoria, including ‘Australia’s largest’ where it will install 149 turbines