It is a race in which the prize could hardly be greater – the dash to find a vaccine. There will be no true exit from the coronavirus disaster without one.

The runners and riders include such familiar names as GlaxoSmithKline, Johnson & Johnson, Sanofi, Imperial College and Oxford University’s Jenner Institute.

There has been an impressive level of information sharing around the world and credit must go to Microsoft billionaire Bill Gates and his efforts to promote fair manufacture and distribution when, finally, a vaccine emerges. 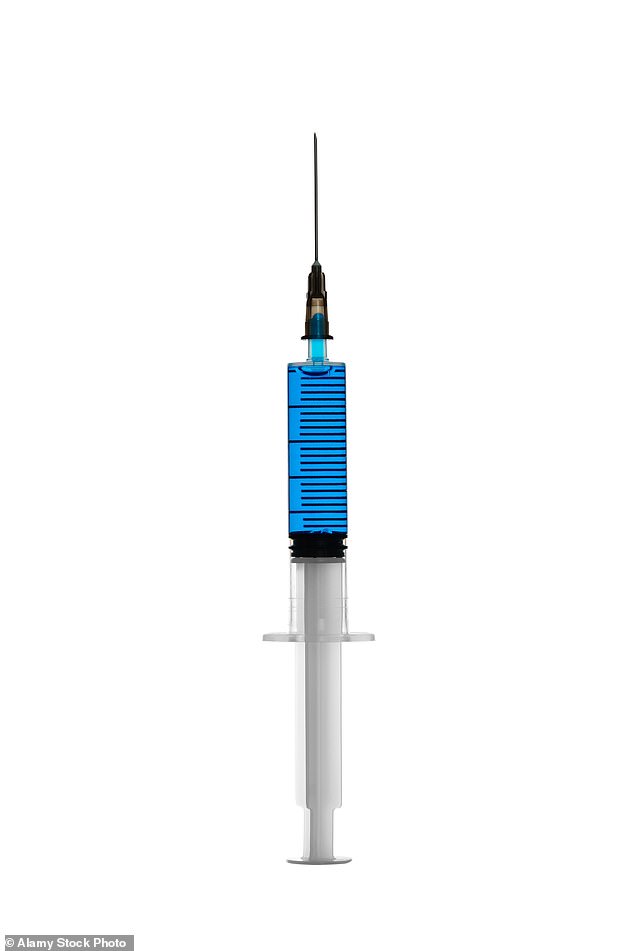 It is a race in which the prize could hardly be greater – the dash to find a vaccine. There will be no true exit from the coronavirus disaster without one

But we should not ignore this awkward fact: China has a head start and stands a strong chance of getting there first.

President Xi has harnessed the vast resources of the Chinese state to just this purpose. Hundreds of volunteers have been recruited from Wuhan, the city at the centre of the outbreak. China has been here before with respiratory epidemics – particularly SARs, from 2002 to 2004. Leading Chinese company, Sinovac, has already developed a SARs vaccine, completing the first trials before that outbreak had even ended.

Such is the trail of economic destruction caused by the latest pandemic, we can now anticipate a world recession compared to the 1930s. Even the smartest of stimulus packages can’t truly work until the threat of contagion is removed. And that means finding a vaccine. Despite the obvious need to share the prize across the globe, the lack of international leadership means there are no agreed rules. How and where the vaccine will be manufactured depends on who creates it. And the country that wins not only enjoys the kudos of saving domestic lives, but will give a huge advantage to its own economy. Expect the race to get nasty with data theft and cyber-attacks. It would be a terrible irony if China, the source of the outbreak, were to profit from the chaos it has wrought, but that is its intention.

And this life-and-death race for a vaccine throws into sharp relief the wider struggle for global power now under way. We are at a geo-political turning point as China attempts to re-shape the world order to suit itself. It is a moment that the West has long anticipated. Yet, so far, it has failed to act. China still owes the world both an apology for hiding the initial outbreak and an explanation of how it started, but it has wasted no time in exploiting the chaos for its own advantage.

And so, as nations struggle with daily new contagion figures and horrific death statistics, China promotes authoritarian governance as the best model to enforce lockdowns and reduce deaths.

China likes to claim that it has tamed the disease, producing fanciful data in its support. Even the latest ‘correction’ of deaths in Wuhan, an upwards revision of 50 per cent to something less than 4,000, seems massively wide of the true mark given that there was no lockdown there for a full six weeks. Mathematical modelling from outside China suggests it should be closer to 40,000. Not that China seems to care. As the world’s largest manufacturer of protective equipment, there’s lots of ‘outreach’ to be done. No country struggling with the virus can refuse help right now. China is already promoting vast infrastructure development around the world as part of the Belt and Road initiative, which aims to ease the path of its exports. Now, it is seeking to establish a new ‘Health Silk Road’, too, in order to create diplomatic bonds of gratitude.

It is no coincidence that giant Chinese companies such as Alibaba and Huawei have turned to selling masks, goggles and protective gowns, or that they are delivering vital equipment across Africa. It will do nothing to harm Chinese exports. The global economic devastation caused by Covid-19 should be spurring international collaboration. Instead it has exposed the fragility of those international institutions we normally turn to in times of crisis. It is disappointing that our closest ally, the US, has been absent from the world’s stage.

President Xi has been only too happy to fill the vacuum. He was already reinterpreting the global economic architecture well before the pandemic, giving China licence to advance its reach well beyond its own shores.

Now, with the world caught off guard, China’s strategy can accelerate. It wishes not merely to consolidate its grip on power, but to promote both authoritarianism and chaos. It is not as if China will become a global leader in the American mould. It has no desire to upgrade international institutions or uphold the rule of law, merely to take advantage of the situation as it finds it. Last month, for example, China held the presidency of the UN Security Council and ensured that this essential body failed to give public recognition to the existence of Covid-19. The world hardly noticed.

The pandemic has not damaged China despite the responsibility it carries. The opposite is happening. China is emerging stronger than ever, wielding its influence faster and more aggressively, filling the void created by other nations as they retreat.

We in the West, meanwhile, are left asking how this could possibly have happened.

The truth, of course, is that we have failed to show leadership, and never more clearly than right now.

Under Donald Trump, the US has decided to leave the stage. Europe hasn’t even begun to fill the void. And so China has been given the space and opportunity not merely to recover its prestige, but exploit the pandemic.

Covid-19 is adding dangerous momentum towards a process already under way, one which will see the globe breaking into two spheres of competing influences with clashing codes of conduct. Should that happen, conflict is inevitable.

Today, we should all heed the echoes of the 1930s, with a rise in nationalism, a global recession and a demise in world order that could easily lead to war. In this context, the race to find a vaccine takes on vast importance, providing economic salvation to those with access, and continued misery to those populations condemned to continue without one.

Even if China gets there first, I would urge our own laboratories to continue pursuing our own successful vaccine. But we must look beyond the immediate priorities of health and economics, desperate though they are. And as we work through our own domestic challenges, we must once again be willing to stand firm in defending our values and standards – as we did in the 1930s. The Foreign Secretary, Dominic Raab, speaks of hard questions to be asked of Beijing. We must go further than that. The West needs leadership and a new creative policy towards China. There must be no economic exploitation resulting from this pandemic, especially not from the country that created it.

And it is time for Britain, in particular, to act. The world is fast moving into a dangerous new era. If we don’t take the initiative – as we have done in the past – then who will?