A cabinet rift opened up last night over the fate of engineering giant GKN.

Whitehall sources said Defence Secretary Gavin Williamson was digging in over his opposition to the firm’s sale to asset-strippers Melrose.

The controversial deal for the 259-year-old company was approved by a shareholders’ majority of 52 to 48 on Thursday.

Business Secretary Greg Clark yesterday indicated he had no objection to the deal in principle, saying no British firm was ‘immune’ from takeover.

Mr Clark, who has been accused of failing to defend vital British interests, said: ‘Shareholders have decided they want a new management.’ But he acknowledged the £8billion deal could still stall on national security grounds.

The Business Secretary hailed ‘legally binding’ guarantees he extracted from Melrose, including a pledge not to sell its aerospace division for at least five years.

But critics have warned they were ‘not worth the paper they’re written on’.

Whitehall sources last night confirmed Mr Williamson retained ‘serious concerns’ about the deal. He told MPs last month he had ‘a whole series of questions’, saying there was ‘no clarity [from Melrose] as to what the true approach will be’ over GKN’s military business.

He added: ‘While there is no clarity and no assurance, do I have concerns? Yes, I do.’

A Whitehall source said Mr Williamson’s concerns ‘still stand’ despite the pledges secured by Mr Clark, adding: ‘I think it’s fair to say that it’s only Gavin’s resistance that has stopped this deal just being nodded through.’

As anger over the deal mounted yesterday, it emerged that:

He told MPs: ‘I have very serious concerns about the proposed takeover. It is not that I am against changes in the industry, but what I and the department want is reassurance about the future of the military side of the business.’

Labour leader Jeremy Corbyn said the deal ‘must be stopped’, calling for Mr Clark to ‘step in and act in the national interest, instead of serving the interests of City speculators’. 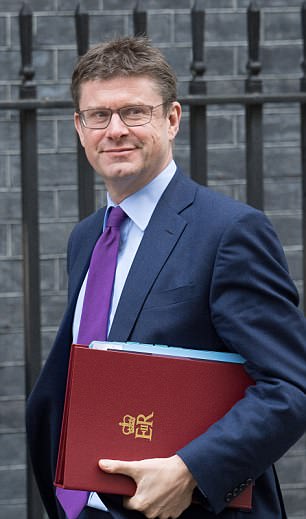 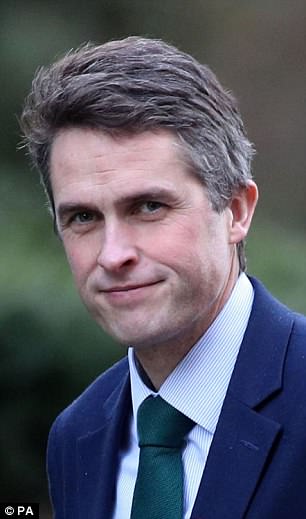 The party’s business spokesman Rebecca Long-Bailey wrote to Mr Clark, urging him to ‘exercise your powers now and prevent the takeover from happening as a matter of urgency to safeguard the national interest’.

She said the commitments from Melrose were ‘inadequate’, adding: ‘The history of GKN has been intertwined with our own industrial and military history.

‘The firm manufactured cannonballs during the Napoleonic wars and tanks for the D-Day landings. The takeover puts at risk the firm and its proud heritage. It not only endangers our national defence but our industrial strategy too.’

Lib Dem leader Sir Vince Cable called for reform of the takeover rules, including the introduction of ‘additional tests’ to protect national interests.

Sir Vince also called for reforms to prevent speculators snapping up shares at the last minute to vote through a controversial takeover. With GKN, hedge funds are thought to have bought 25 per cent of the firm’s shares in recent weeks.

When have ministers stepped in on security?

The Government has intervened in 12 takeovers since the Enterprise Act was created in 2002, allowing it to intervene. Here we look at the seven deals that had conditions placed on them for national security reasons:

2004: Alvis, the British maker of tanks agreed to be bought by US defence firm General Dynamics for £309million

2004: GKN sold its 50 per cent share in helicopter firm AgustaWestland to the Italian company Finmeccanica, for £1bn

2007: In a deal by US firm General Electric to purchase the UK’s Smiths Aerospace, which made parts for aircraft makers and components for engine builders, for £2.5billion

2017: After Chinese firm Hytera bought Sepura, the UK firm that makes walkie talkies for the emergency services, for £74million

Labour MP Rachel Reeves, chairman of the Commons business committee, said: ‘Greg Clark could and should have intervened earlier to get more comprehensive undertakings to protect our vital interests. He is still awaiting advice on the national security implications of this deal and he must not hesitate to act if concerns are raised – this is not necessarily over yet.’

Mr Clark dismissed calls for reform, saying studies – including one ordered by ex-business secretary Sir Vince – had found ‘difficulty in making a distinction between classes of voters’.

He added: ‘Those shareholders who bought, very recently bought from other shareholders who, in effect, chose not to back the existing management.’ After former deputy PM Lord Heseltine said ‘no other country of our sort would have allowed this’, Mr Clark claimed that was ‘not right’ and British takeover procedures were ‘very similar’ to those in Germany and France.

Under competition laws based on EU regulations, the GKN deal can be halted only on national security grounds. Mr Clark has told MPs he will have four months to assess the situation.

Sources said the Ministry of Defence would be asked to set out any national security concerns. If serious concerns were raised then ministers would try to negotiate further ‘legally binding’ guarantees with Melrose.

If they could not be secured, Mr Clark would be able to refer the deal to the Competition and Markets Authority, which could lay down stringent conditions or even block the sale altogether.

Sources said the MoD’s formal response was likely to take ‘weeks rather than days’.

There are fears for hundreds of staff after Melrose confirmed there ‘will be job reductions’ at GKN headquarters. It made no binding commitments on maintaining the UK workforce, despite Mr Clark asking for assurances.

A spokesman said the firm, which has its HQ in Mayfair, planned to axe head-office roles that doubled up with its own.

Lest we forget…lawyers, bankers cash in

BANKERS, spin doctors and lawyers working on the Melrose takeover of GKN are set to rake in more than £220million.

Some of the City’s biggest names including investment bankers RBC Capital and Rothschild, Lloyds Bank, and South African investment firm Investec will split a fees bonanza for work on the controversial deal.

Already critics have described the hostile takeover as an ‘abuse of capitalism’ that has seen the short-term interests of a few profiteering City firms defeating the longer-term concerns of other investors.

Paperwork shows advisers working for Melrose would have made £22million had the firm failed, but will pocket £139.5million if the deal is completed. GKN ran up close to £80million in fees trying to defend itself from the takeover, taking the total to almost £220million.

It brings the combined total that could be made by bankers, hedge funds and Melrose’s top four bosses to almost £680million.

Critics said bankers would be ‘licking their lips’ at the fees. The Unite union’s Steve Turner said: ‘The astronomical sums of money that will be pocketed would have Wall Street bankers licking their lips.

‘This is a bid that put a jackpot payday for a small number of people ahead of the long-term stability of a world-class engineering firm and the thousands of workers who make it a success.’ Yesterday, the Daily Mail revealed how hedge funds who targeted GKN had made an immediate killing of £172million as shares soared after investors backed the takeover.

Melrose’s lawyers Simpson Thacher and Bartlett could get up to £9million when the deal completes. Its public relations agencies including Mayfair-based Montfort Communications could get up to £5million.

GKN also ran up millions in fees, including £60million for bankers Gleacher Shacklock, JP Morgan and UBS, £12.3million for lawyers Slaughter and May, and £6.4million for PR firms FTI Consulting and Brunswick, run by Sir Alan Parker.

Melrose’s top four bosses – chief executive Simon Peckham, 55, chairman Christopher Miller, 66, vice-chairman David Roper, 67, and finance chief Geoffrey Martin, 50, could share a bonus pot of £285million if their plans post-takeover are successful. The four are entitled to generous bonuses based on the increase in price of Melrose’s shares.

GKN has a number of military contracts and is one of just a handful of UK defence firms that can work under special security clearance granted by the Pentagon.

Its engineering prowess is in complex parts that need testing to a rigorous standard for aircraft that must be capable of enduring high-altitude and high-stress flights.

More than 400 staff work at its factory in Luton, a world leader in systems that protect and increase the performance of wings and cockpits of fighter jets and military helicopters.

It makes ice protection systems, protective films and canopies for the Eurofighter Typhoon, which it develops with BAE Systems.

Factories in Portsmouth and on the Isle of Wight supply a range of products for military land vehicles, missiles, drones, torpedos and marine vessels. They also design, test and manufacture parts for military aircraft and sell parts to firms such as BAE and Leonardo.

More than 2,000 work at its factories in Filton and Avonmouth, Bristol, developing wings and components for commercial and military aircraft.

The plant’s most crucial military contract is developing trailing edges for wings on the A400M military cargo aircraft built by Airbus, which is a key partner of GKN.

Trailing edges – essentially the thin part at the back of a wing – are vital for the aerodynamics of an aircraft.

GKN makes a number of parts for the Lockheed Martin F-35, the new military fighter being developed by the US. As well as being used by the American military, these planes will also feature on the UK’s new aircraft carriers.

The work is carried out at 19 sites in six countries. In the UK it develops de-icing equipment which is then shipped across the Atlantic.

In the US, its new factory in Florida is so top secret no one is allowed to know what is made there.

Other parts for the F-35 made by GKN include the canopy, heated parts for engine fans, rotor blades and landing gear components.

GKN also has a role in producing the B21 long-range bat-winged stealth bomber from its base in Missouri.