Defender scores a HEADER from his OWN HALF in Northern Premier League clash… but just what was the calamity keeper doing?

Competitions like the Champions League and Premier League boast some of the finest teams, players and overall quality on the planet.

But how many times in either have you seen a player score a header from inside his own half?

You have to trail into the world of non-League football to find gems like that, or more specifically Broadhurst Park, the home of FC United of Manchester where over 1,400 were treated to one of the most bizarre goals you will ever see. 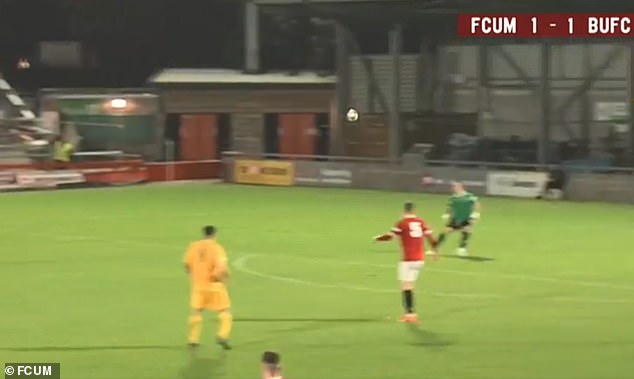 His  header bounced innocuously towards FC United of Manchester’s goalkeeper 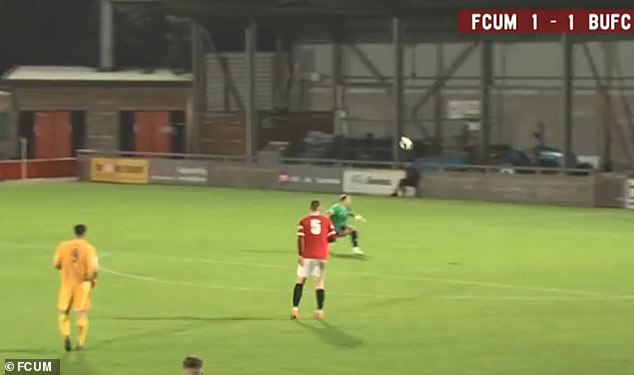 The hosts were taking on high flying Basford United on Tuesday but locked at 1-1 fell behind to a freak goal just after the hour mark.

Play seemed to be going nowhere when an FC United player cleared the ball towards the halfway line, which was met with a header by Stefan Galinski.

There seemed nothing in it, even as it was bouncing back towards the FC United goal. 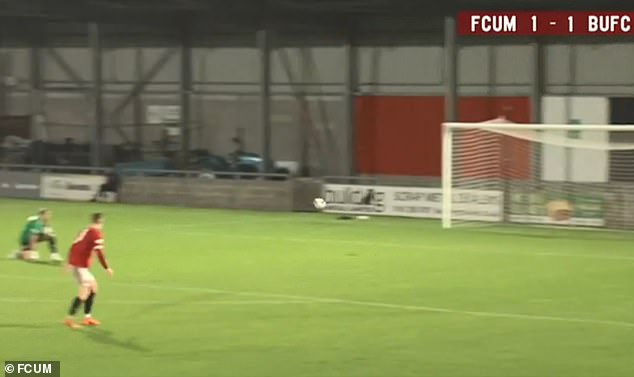 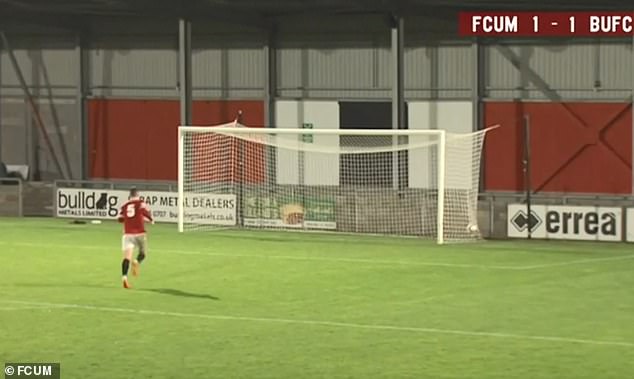 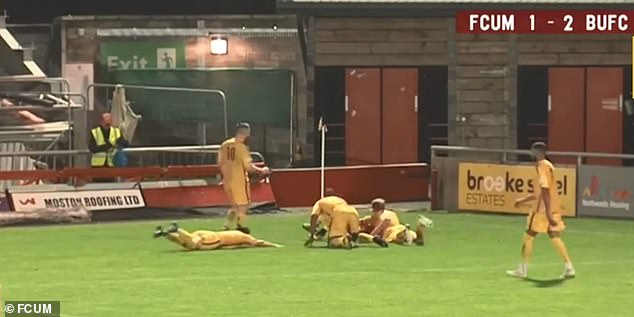 But loanee goalkeeper Cameron Belford was caught stranded near the edge of the penalty box, resulting in the ball looping over him before trickling into the net.

Belford’s reaction to the incident proved strange as a small reach out to grab the ball was followed by a quizzical drop to the knee once he knew he thought he was beaten.

Despite a rally from the home side they eventually fell to a 3-1 defeat to leave them mid-table in the Northern Premier League.

Basford meanwhile moved up into second place with a win, albeit seven points off runaway leaders South Shields, but in a play-off spot to try and earn promotion to the sixth tier of the National League North.