Deion Sanders suffers heartbreaking defeat in his final game as Jackson State coach as Tigers lose Celebration Bowl to NC Central in OT… after two-time Super Bowl champion had burst into tears giving his pre-game speech ahead of $29.5m switch to Colorado

By Ben Nagle For Dailymail.Com and Associated Press Reporter

Deion Sanders was sentimental before his final game at Jackson State, and those emotions grew after coming up short in the Celebration Bowl for the second straight year.

Quarterback Davius Richard ran for 97 yards and two touchdowns, including a 1-yard scoring plunge in overtime, and North Carolina Central beat Jackson State 41-34 on Saturday in the Celebration Bowl to spoil Sanders’ bid for an undefeated season in his farewell.

It was the second consecutive season that Sanders’ Tigers were favored before losing in the game regarded as the championship of teams from historically Black colleges and universities. 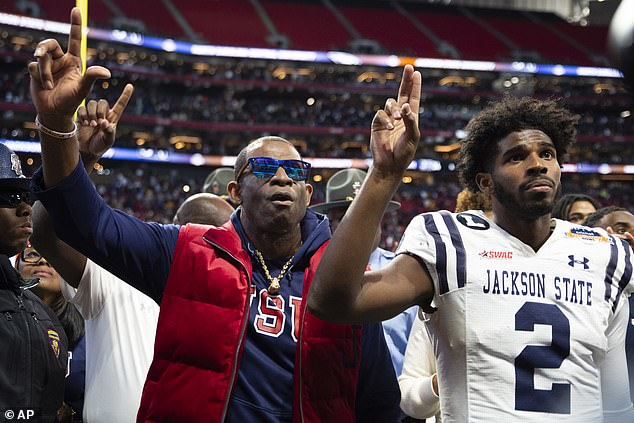 Coach Prime stands alongside his other son, and quarterback, Shedeur Sanders postgame

‘I feel like we’ve won, but we didn’t win that game,’ said Sanders, who now will devote his full attention to his new job as Colorado’s coach. He was tearful in a pregame speech to his players.

‘I miss these guys already. I love them,’ Sanders said after the game.

The Eagles’ defense made a goal-line stand on Jackson State’s first possession in overtime to preserve the win. Tight end Hayden Hagler’s drop on third down from the 1 set up an incompletion by Jackson State quarterback Shedeur Sanders to end the game.

Sanders’ 19-yard touchdown pass to Travis Hunter as time expired in regulation set up Alejandro Mata’s tying extra point to send the game to OT. It was the fourth scoring pass of the game for Sanders, who also ran for a score. 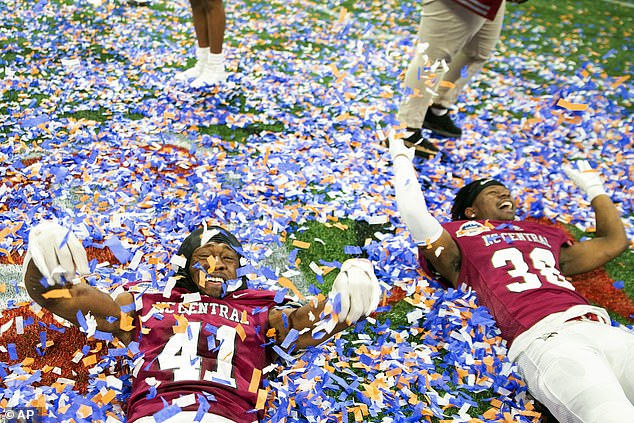 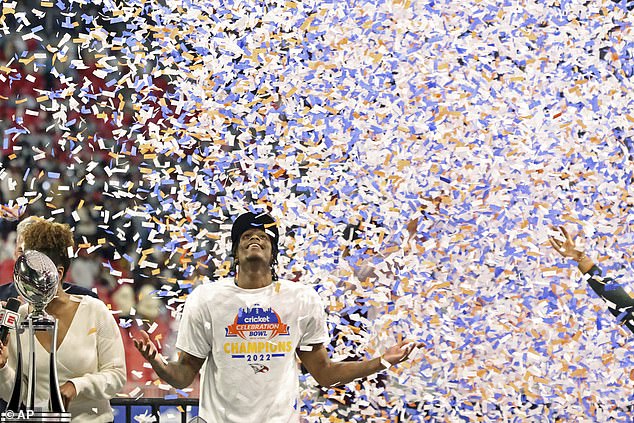 Jackson State (12-1) was denied its bid for the first undefeated season in school history. Deion Sanders wanted to finish the season with his Tigers first before taking over at Colorado. Shedeur Sanders will accompany his father to Boulder.

Eagles coach Trei Oliver said he hopes the victory gives more respect to the MEAC and North Carolina Central after all the pregame attention was on ‘Coach Prime’ and Jackson State.

‘They had a chip on their shoulder,’ Oliver said of his players. ‘The disrespect was real since we´ve been down here.’ 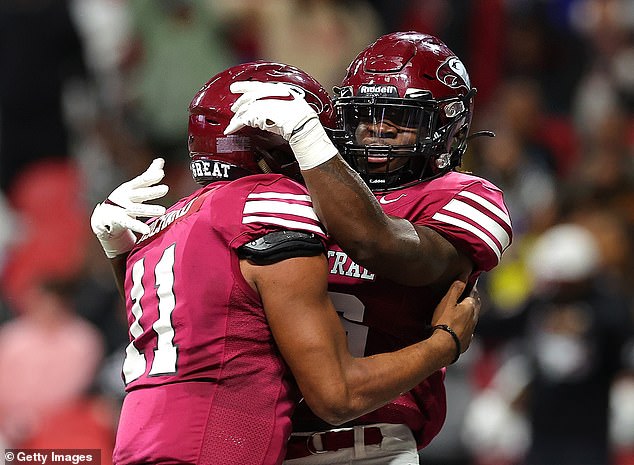 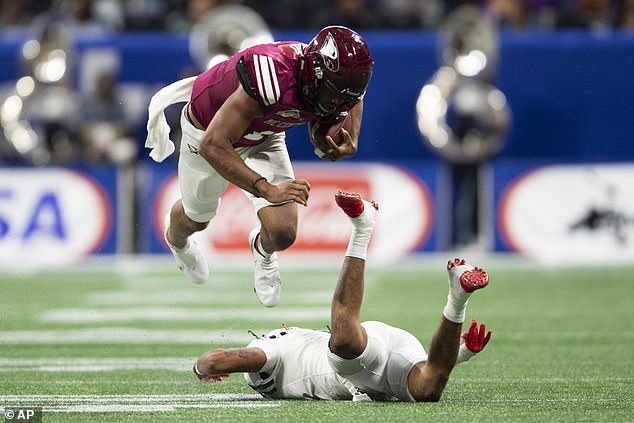 Richard passed for 177 yards with a touchdown and ran for 97 yards and two scores. Richard showed his versatility on a three-yard drive for game’s first touchdown. He had a 21-yard run, a 30-yard catch on a trick play and a 5-yard scoring run that gave the Eagles a 10-0 lead.

Sanders quickly showed he also boasts dual-threat skills as Jackson State outscored North Carolina Central 21-7 the remainder of the half. Sanders completed 13 of 14 passes for 178 yards and two touchdown and had four carries for 34 yards with another score in the half, giving the Tigers a 21-17 lead.