Dejan Lovren has promised that Liverpool will bounce back and become even stronger following their Champions League final heartbreak.

Two errors by goalkeeper Loris Karius handed Real Madrid their 13th European Cup with a 3-1 win in Kiev, but for the first half an hour, until 44-goal Mohamed Salah was forced off with shoulder ligament damage, the Reds were the better team.

No one expected Jurgen Klopp’s side to get to the final when they began the campaign with a qualifier against Hoffenheim in August, but Lovren insists the improvement witnessed throughout the season will continue when the new campaign begins in just over two months.

‘I’m proud of the fans who travelled such a long way to support us. I promise that next year we will come back even stronger because I feel this team is growing every day.

‘We beat the best teams in Europe. We beat Man City, who had a fantastic season in the Premier League.

‘We showed again that Real Madrid respected us in some moments – they were defending quite deep.

‘We need to find the positives. The manager is always positive. At the end, we will grow and I believe in this team that we can do it again next year.’ 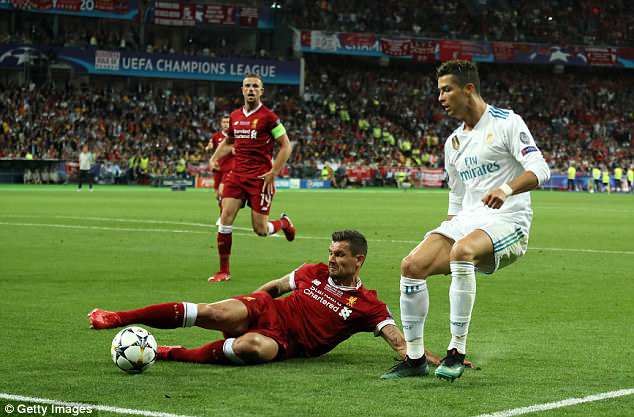 The blow of losing Salah to injury after a tangle with Sergio Ramos, who appeared to make a calculated decision to cling onto to the Egypt international as they fell to the ground, severely impacted on the team.

Prior to that they had been in control and Lovren accepts it was something they struggled to cope with when he was forced off.

‘It was also a big point when Mo was injured – it was a big change for us,’ he added.

‘It was difficult to accept that we, again, had such an unlucky moment with so many injuries. I cannot believe we had so many injuries this season. I hope that’s he’s fit for the World Cup and it’s nothing too serious.’ 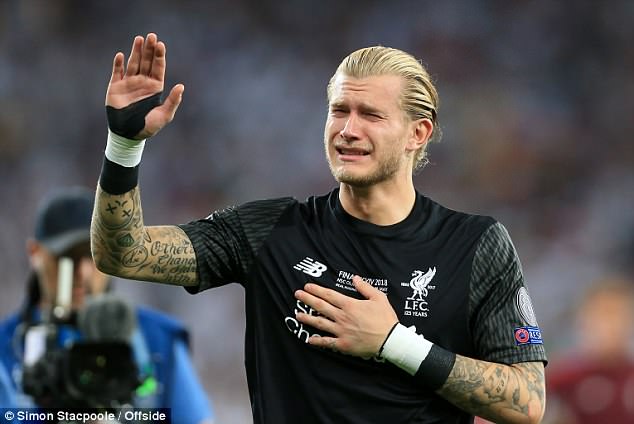 Lovren also had comforting words for Karius after his two blunders.

‘It’s easy to blame someone, but we are in the same ship together and everyone gave him the best words that they can. He will come back strong,’ he said.

‘Don’t make massive stories about that. Of course it’s big because it’s a final, but everyone makes mistakes.’

Lovren’s fellow centre-back Virgil van Dijk added on Twitter: ‘There is no limit to what we can achieve as a group and we must keep believing. I am so excited for the future.’