‘I need to go and buy the table back!’ Dejan Lovren reveals motivational message etched underneath his homework table at the age of 12 ahead of Champions League final

Back in his native Croatia as a 12-year-old, Liverpool defender Dejan Lovren dared to dream.

Despite all the critics since his move from Southampton to Anfield, Lovren has the chance to lift the Champions League trophy in Kiev on Saturday.

Speaking ahead of the final, Lovren revealed he never doubted his abilities and even inscribed a promise to himself underneath his homework bench. 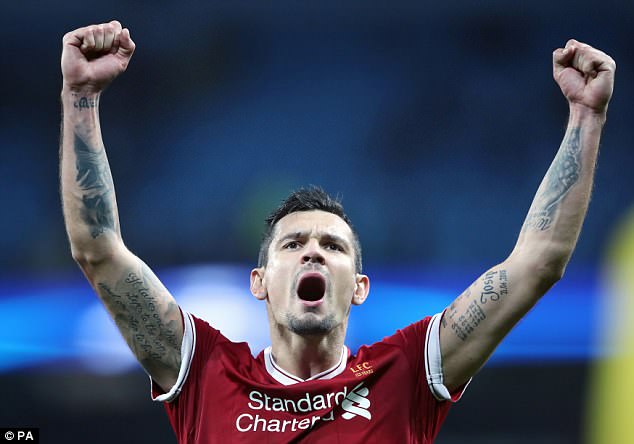 Writing underneath his homework table, Lovren’s motivation was to become the best defender

‘From day one when I started to play football, I write it down – at 12 years of age I wrote it down: ‘One day I will be one of the best defenders in the world.’

‘[I wrote it] underneath my table, out of sight, in my apartment back in Croatia where I grew up, the table where I would sit and do my homework.

‘There are some people still living there and the table was part of the room so I hope it is still there. I need to go and buy the table back!’ Lovren, speaking ahead of the Champions League final, joked he should buy the table back

Liverpool last met Real Madrid – who they face in the final – in European competition back in 2014-15 and Lovren is one of the few survivors from that encounter.

They met twice during the group stage as Brendan Rodgers’ side were humbled in a 3-0 defeat at the Bernabeu before a 1-0 reverse at Anfield.

But when quizzed on whether those defeats will psychologically play a part, Lovren dismissed it out of hand. 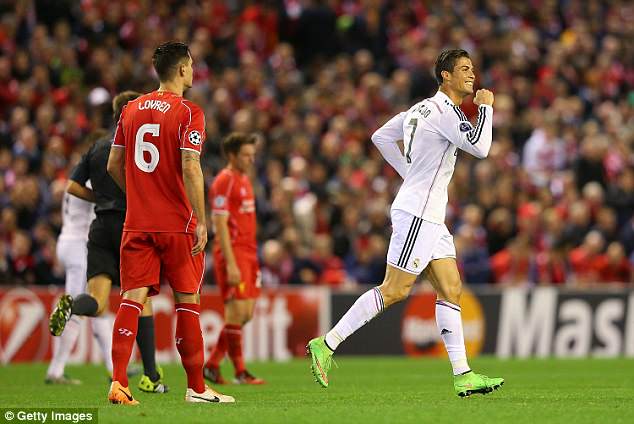 ‘The only thing that is similar to that night is the name, Liverpool,’ he said.

‘I am so much more confident in the team now than I was then. I feel the team is ready to battle against every team in the world.’

The 28-year-old is yet to win a single honour since he moved from Ligue 1 to England in 2013 and will want to win one of the biggest prizes when he renews acquaintances with Cristiano Ronaldo and co.