Parenthood, weddings and cheeky days at the races: Delightful exhibition of Britain’s press photography captures the wide ranging roles of the Royal Family

A stunning new exhibition is to showcase the wide-ranging roles of the Royal Family over the past year, including weddings, parenthood and cheeky days out at the races.

The remarkable images will make up part of an in-depth look at British press photography, which has captured some of the nation’s recent key moments in vivid detail.

These include the marriage of Prince Harry and Meghan Markle whose wedding captured the hearts of the nation when they tied the knot at St George’s Chapel, Windsor last year.

And images of Prince Charles holding the newly-born Prince Louis in the gardens of Clarence House, several months after the child was born to the Duke and Duchess of Sussex.

Other Royal moments show Zara Tindall enjoying the opening of the Randox Grand National at Aintree Racecourse in Liverpool. While others Prince Harry ‘photobombing’ his brother William at an opening ceremony.

The exhibition will also cover some of the other dramatic moments from the British press this year, including riots, world cups and red carpets.

It is scheduled to run from May 17 to 19 at the Bargehouse at Oxo Tower Wharf in South Bank, London and entry is free.

Prince Harry and Meghan Markle (pictured) ride in an Ascot Landau following their wedding at St George’s Chapel in Windsor Castle in May last year. Both can be seen holding hands, in this, one of the most notable images from the British press over the past year 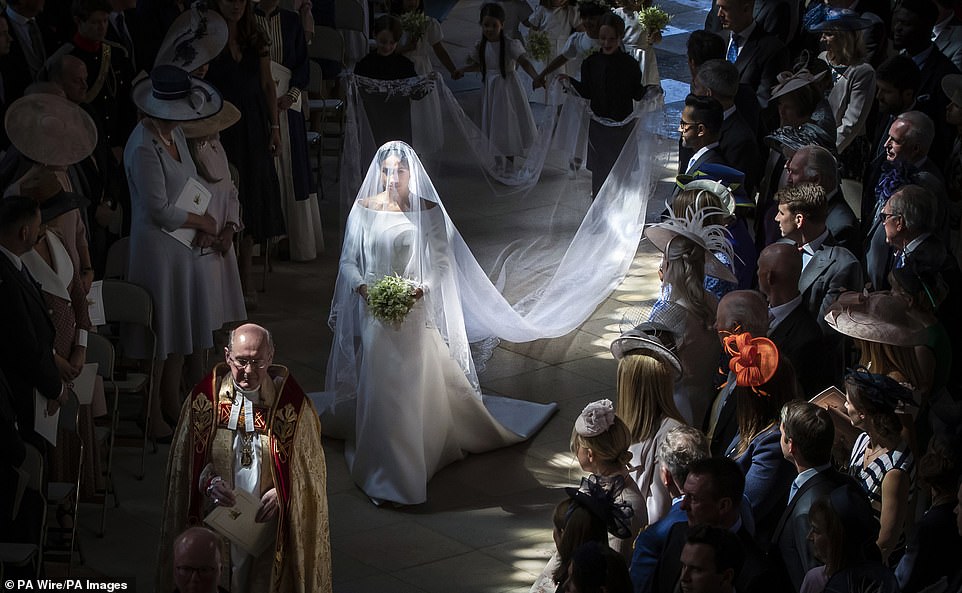 Meghan Markle walks down the aisle in St George’s Chapel at Windsor Castle during her wedding to Prince Harry. The two recently gave birth to their first child, naming him Archie Harrison Mountbatten-Windsor 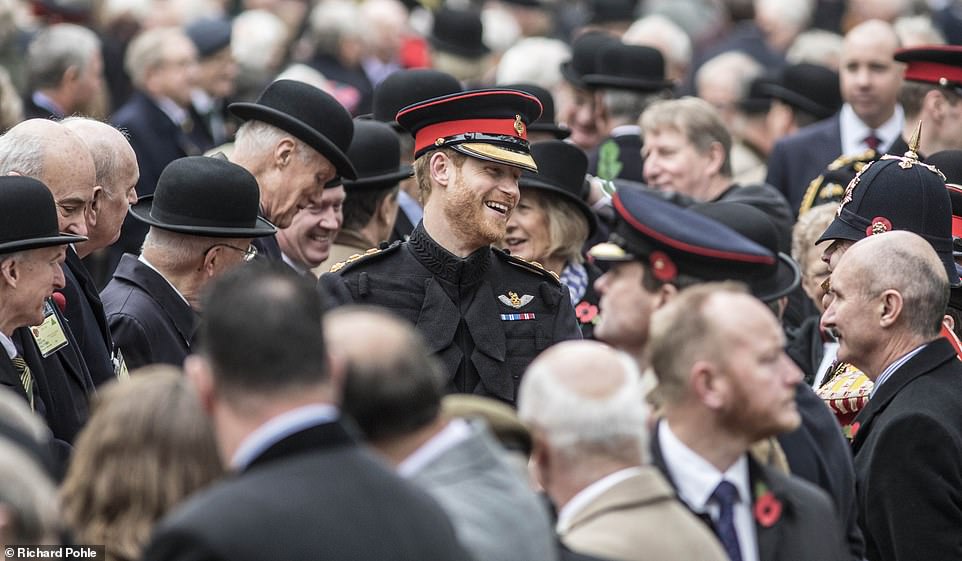 Prince Harry chats with veterans during the opening of the garden of remembrance at Westminster Abbey. It is among the images showcasing the work of the British press over the past year 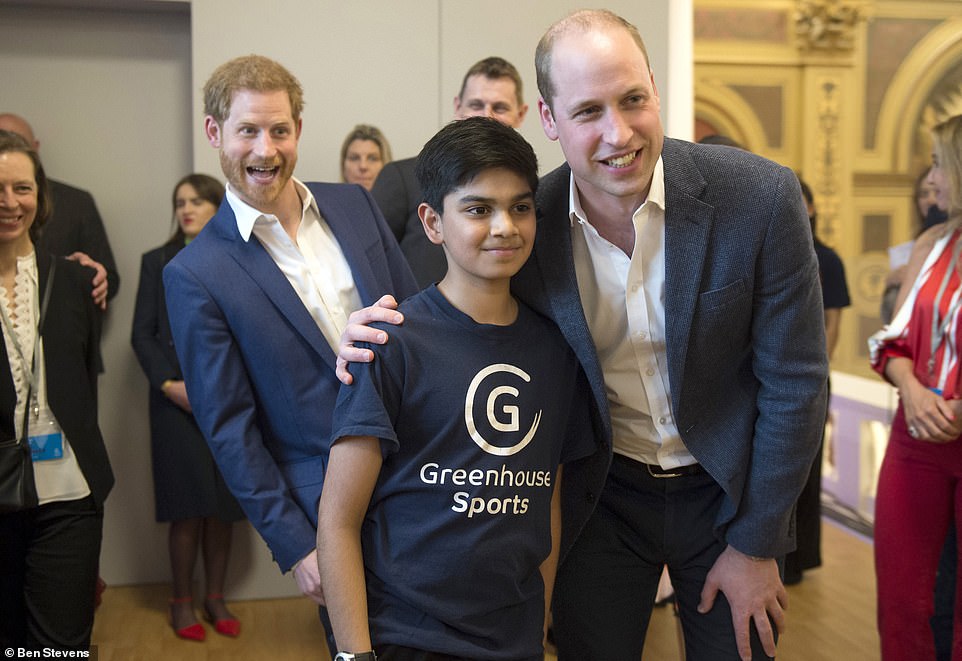 Prince Harry ‘photobombs’ his brother, Prince William during the opening of the Greenhouse Centre in Marylebone, London 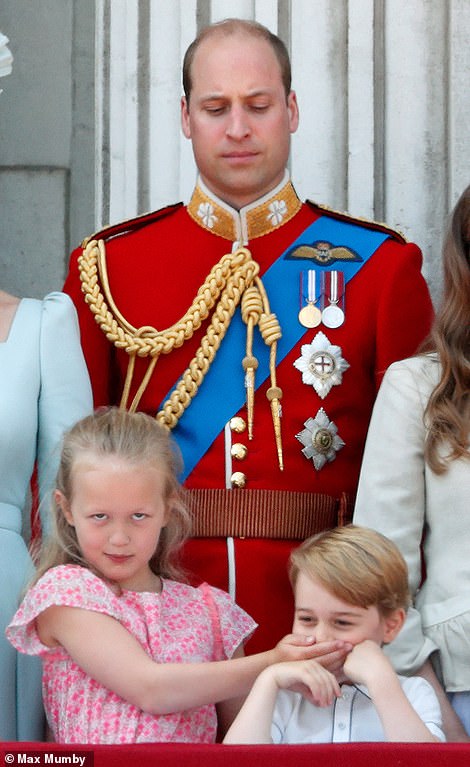 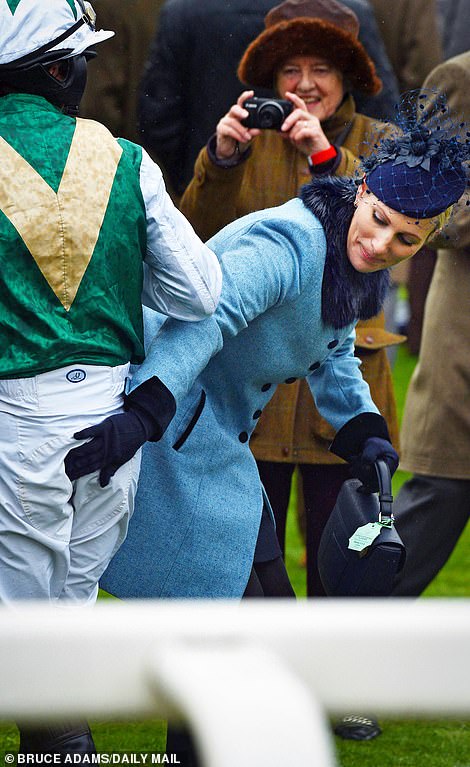 Prince William looks on as Savannah Phillips puts her hand over Prince George during the trooping of the colour in June (left). While Zara Tindall (right) pats the rear of a jockey in the Parade Ring before the Foxhunters race at the Grand National in Aintree in April 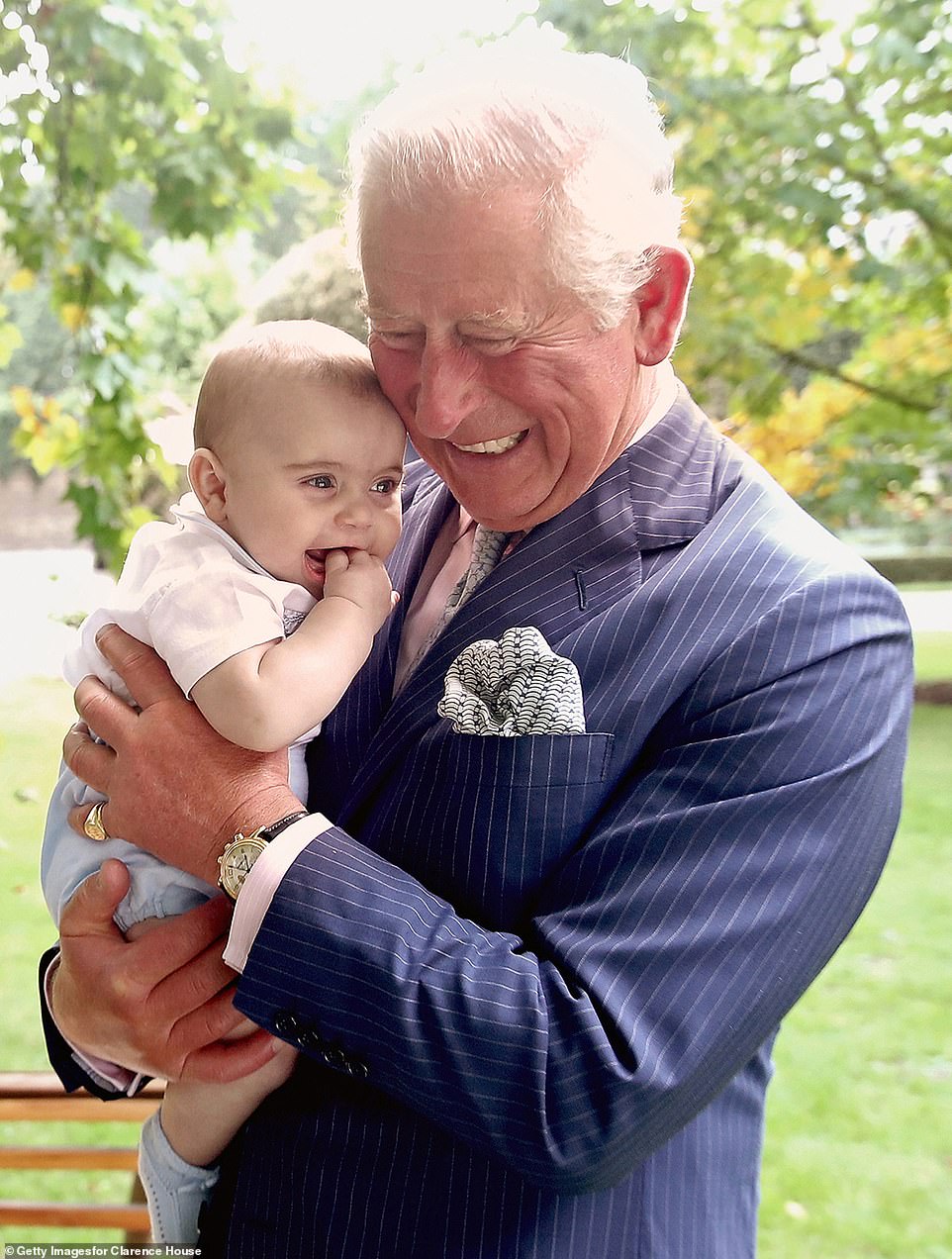 Prince Charles, Prince of Wales holds Prince Louis of Cambridge after a family portrait photo-shoot in the gardens of Clarence House in September last year 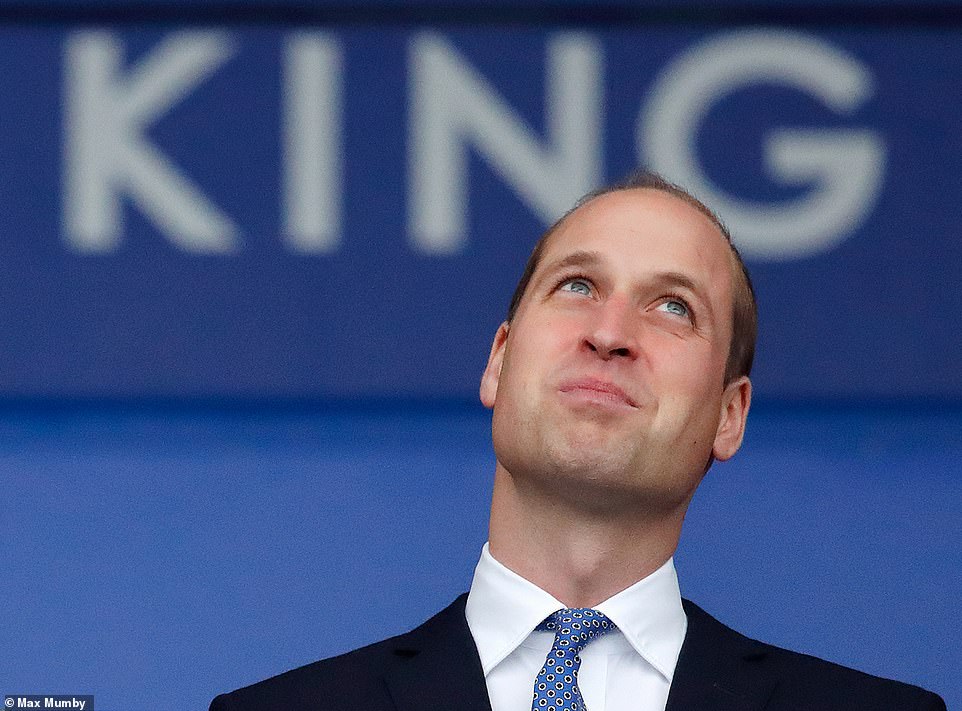 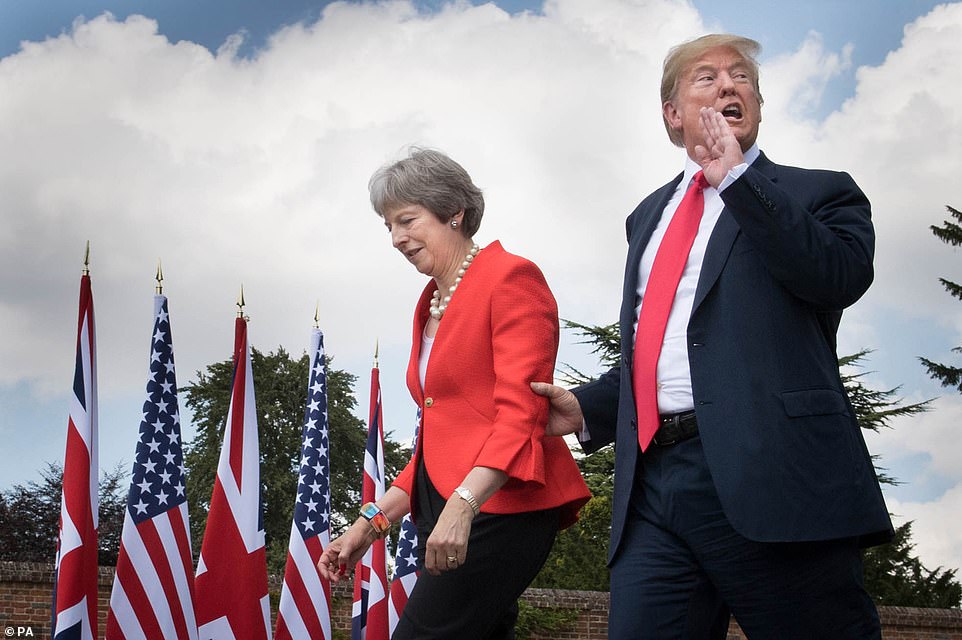 U.S President Donald Trump is pictured with Prime Minister Theresa May during his working visit to the UK in July last year. They are pictured leaving a press conference together 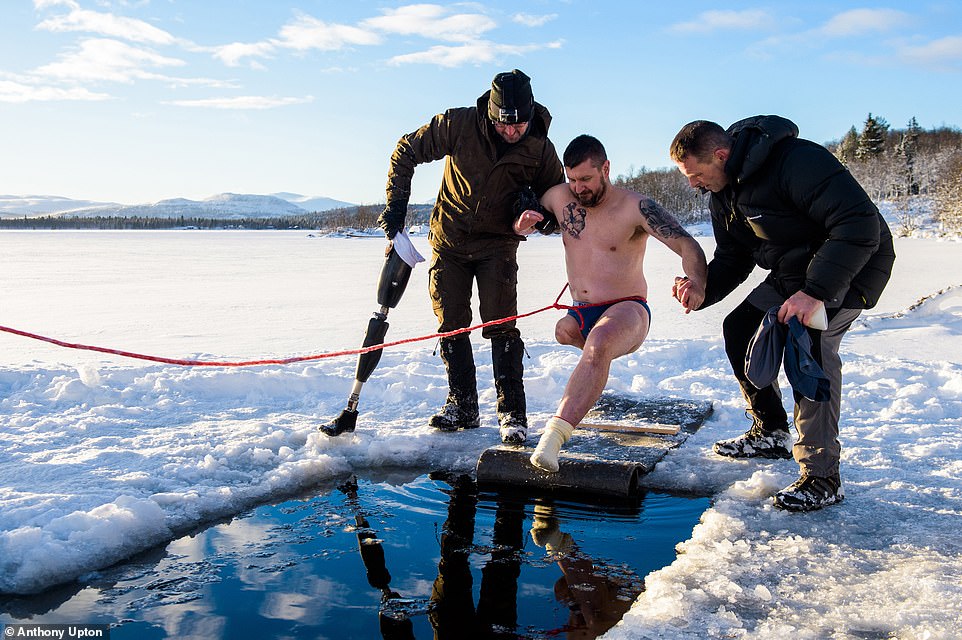 The Royal Marines Club organised a respite holiday in Norway for Baz Barratt, who lost his leg after an IED attack in Afghanistan. He is pictured entering an ice hole 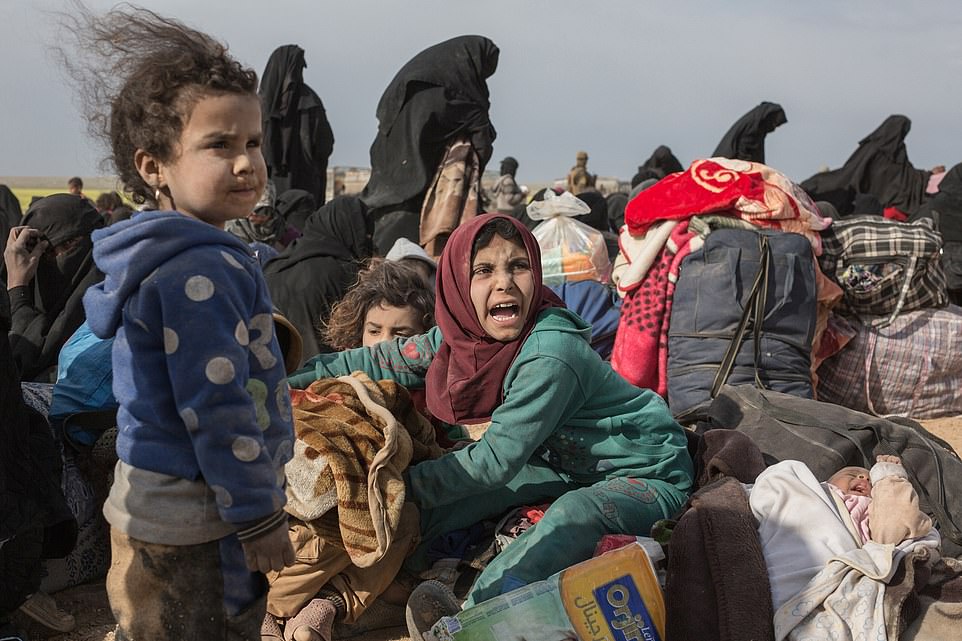 Women and children are pictured leaving ISIS territory in March as troops prepare to move in. They are pictured waiting at a meeting point where they will be taken to a camp 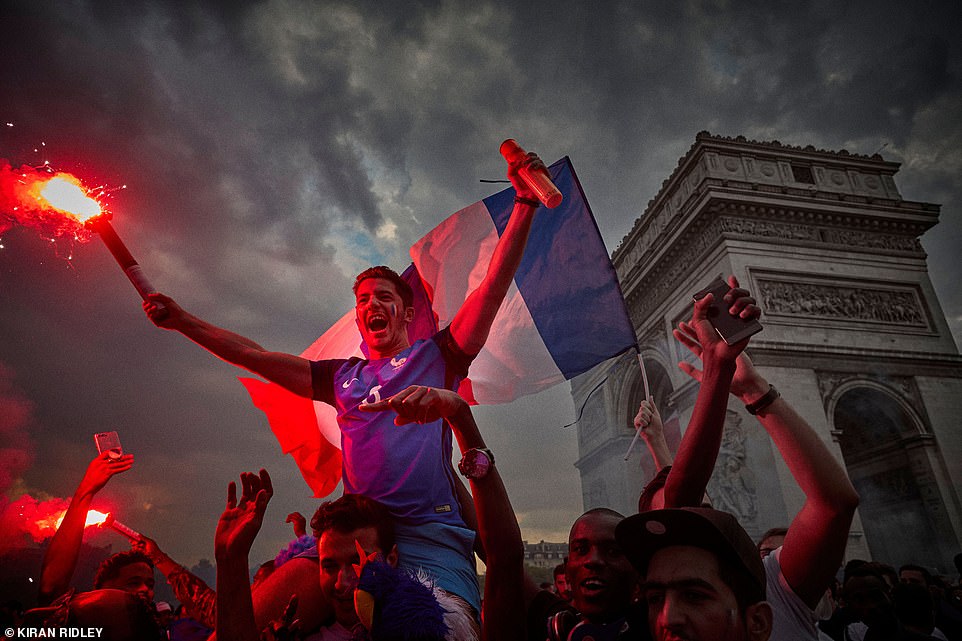 People are pictured celebrating in the streets of Paris after France won the FIFA World Cup in July last year. They are pictured near the French capital’s Arc de Triomphe 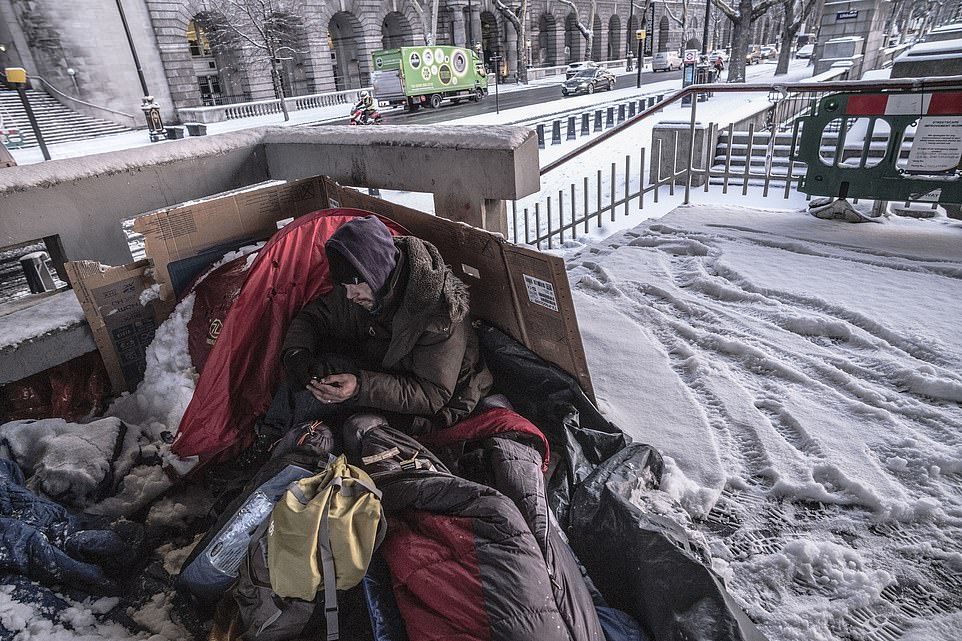 A homeless man is pictured sleeping out on the streets of London in temperatures of -3C, just half a mile away from the British House of Commons 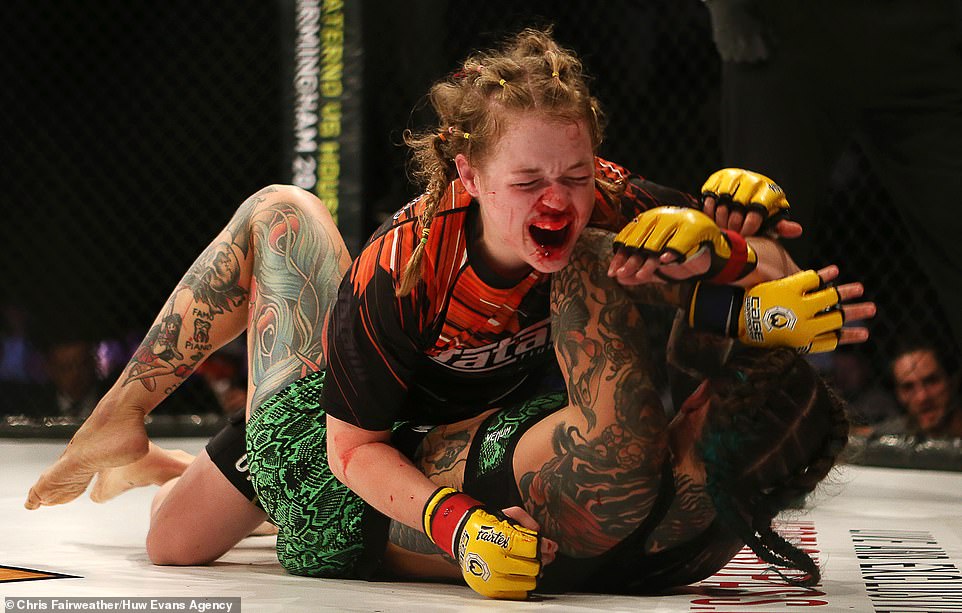 Cory McKenna is pictured on top of Micol DiSegni in their fight at Cage Warriors 97 in Cardiff, Wales 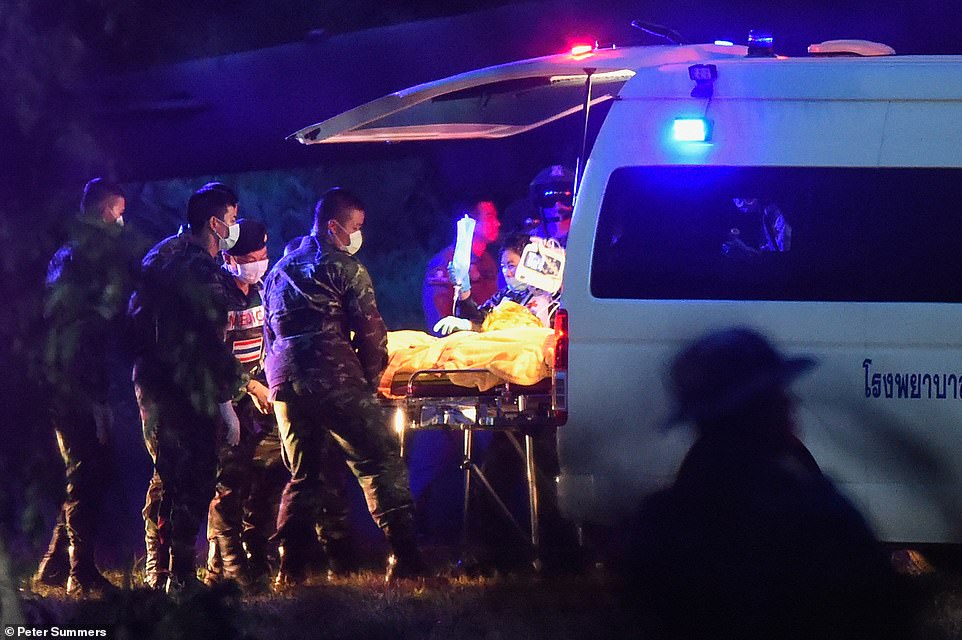 A schoolboy is pictured being rescued from a cave in Thailand after a junior football team became trapped. They were missing for at least a week before they were found 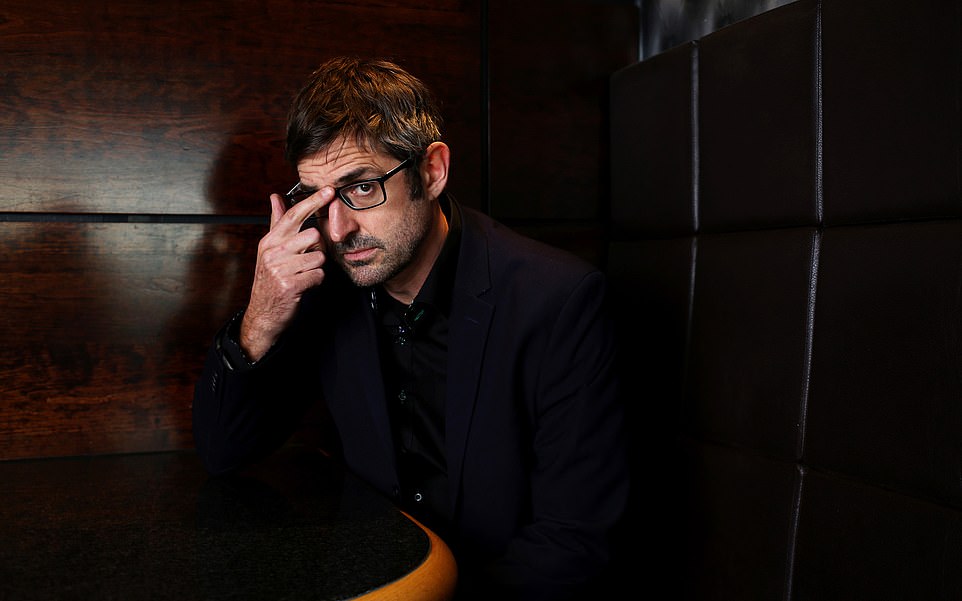 Journalist and broadcaster Louis Theroux is pictured at The George’s Hotel in London in October. He is known for his Weird Weekends documentary series 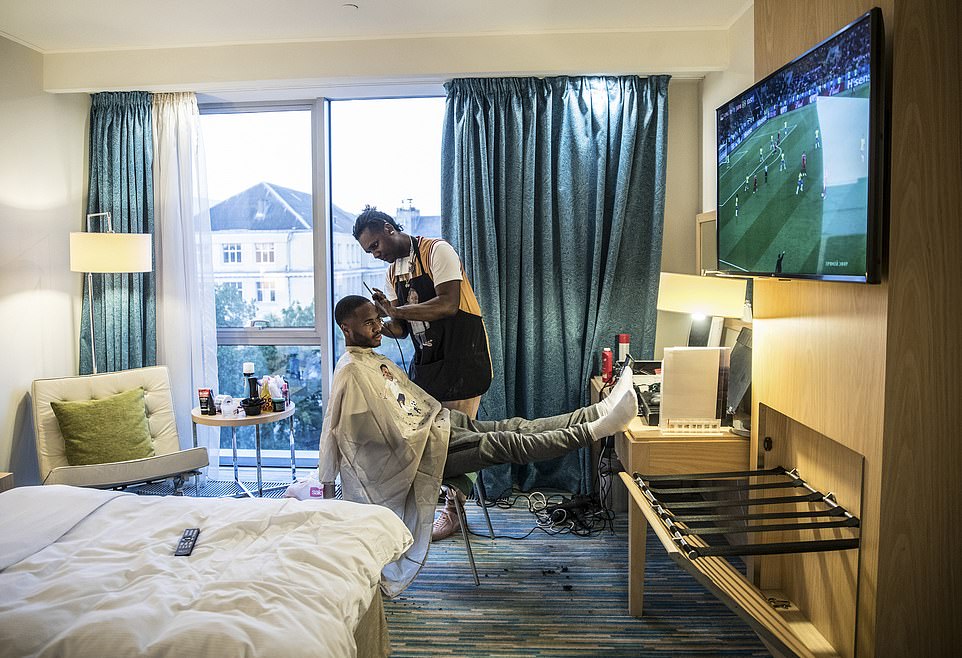 Raheem Stirling is pictured getting his hair cut in his hotel room before England’s World Cup match in Kaliningrad, Russia. Stirling is seen watching a football match on TV as the barber cuts his hair 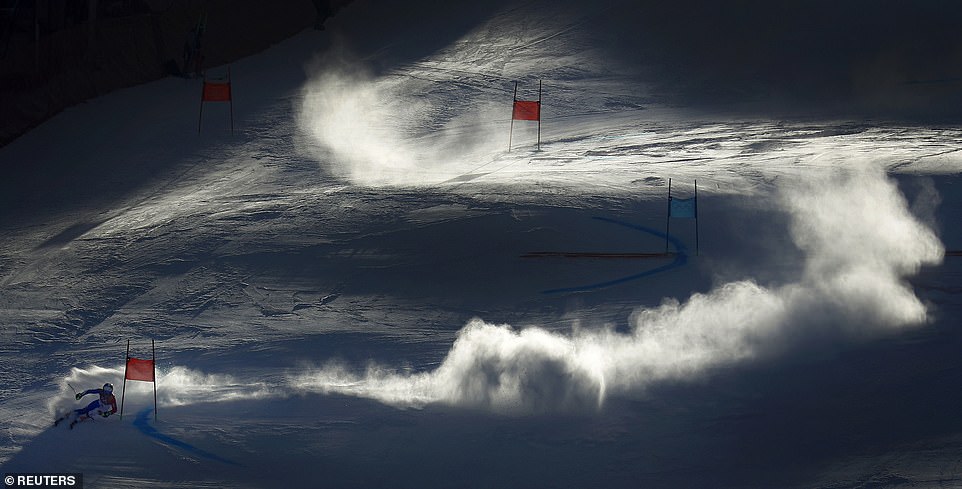 Tessa Worley, of France, is pictured competing in the Women’s Giant Slalom at the Pyeongchang Winter Olympics in South Korea in February last year 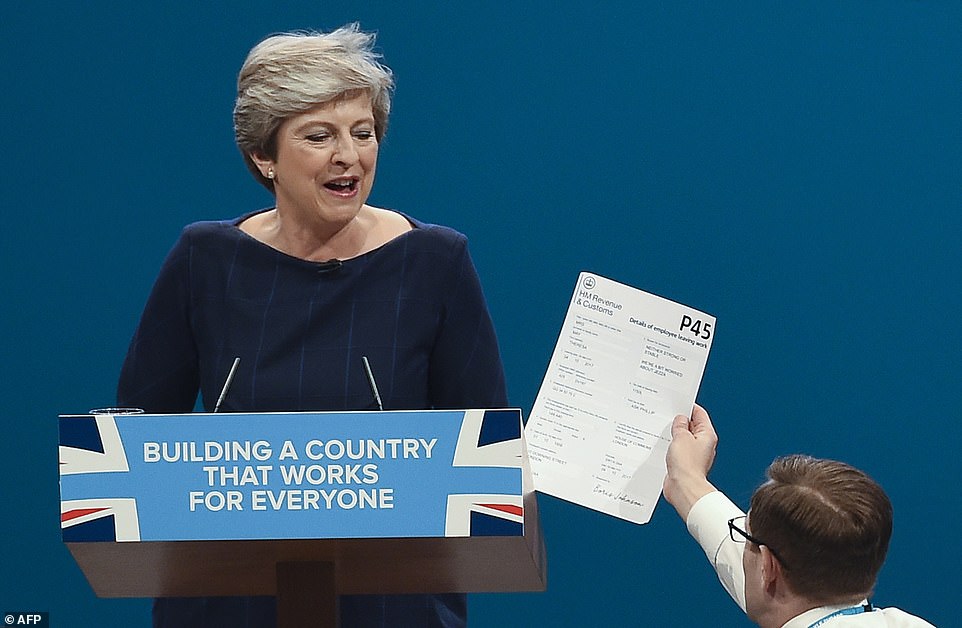 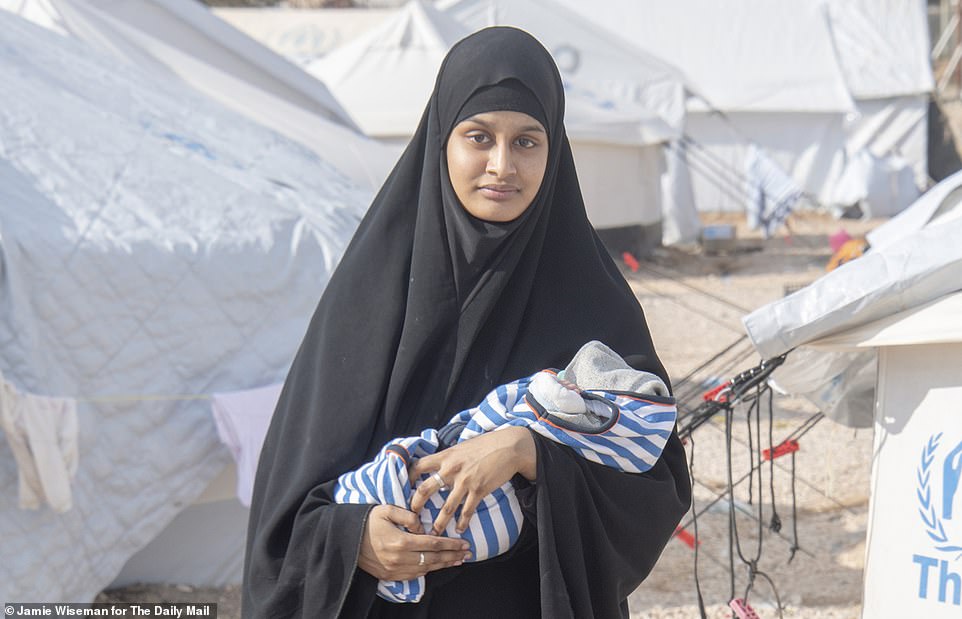 Shamima Begum is pictured with her son, who later died, in a refugee camp in Kurdish Syria. She had her citizenship removed by the Home Secretary Sajid Javid