Delta Airlines have refuted the claims of one their customers who uploaded a viral video last week proclaiming to have been treated to a ‘private jet experience’ when he was the only passenger aboard one of their flights.

Vincent Peone, a writer and director from Saugerties, New York, was flying with Delta Air Lines from Aspen, Colorado, to Salt Lake City, Utah, when he uploaded a video documenting a desolate vessel and all of the VIP trappings that purportedly come with being the only passenger of a commercial flight.

However, on Wednesday, the airline discredited the claims of Peone, saying although he did indeed board the plane alone, Flight 3652 never actually departed.

‘Delta Connection Flight 3652 last week pushed back but shortly returned to the gate due to a maintenance issue. The aircraft departed a short time later without any customers onboard,’ Delta spokesperson Anthony Black,’ told the Washington Post. 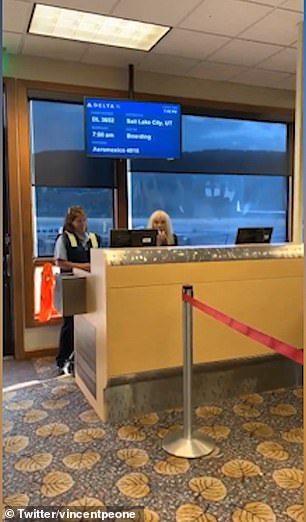 A plane to oneself: Vincent Peone from Saugerties, New York, was flying with Delta Air Lines from Aspen, Colorado, to Salt Lake City, Utah. At the gate he is greeted by staff who welcome him personally onto his own ‘private jet’ – a Delta flight operated by SkyWest Airlines 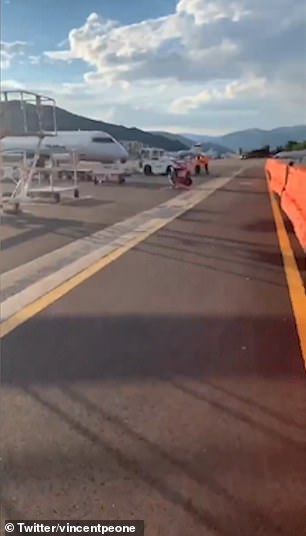 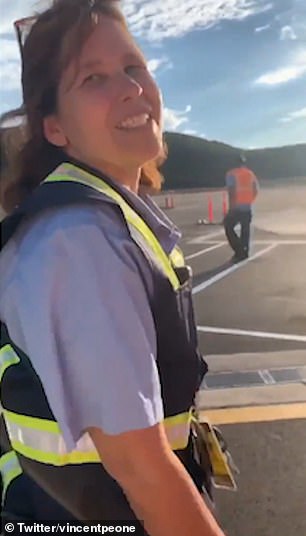 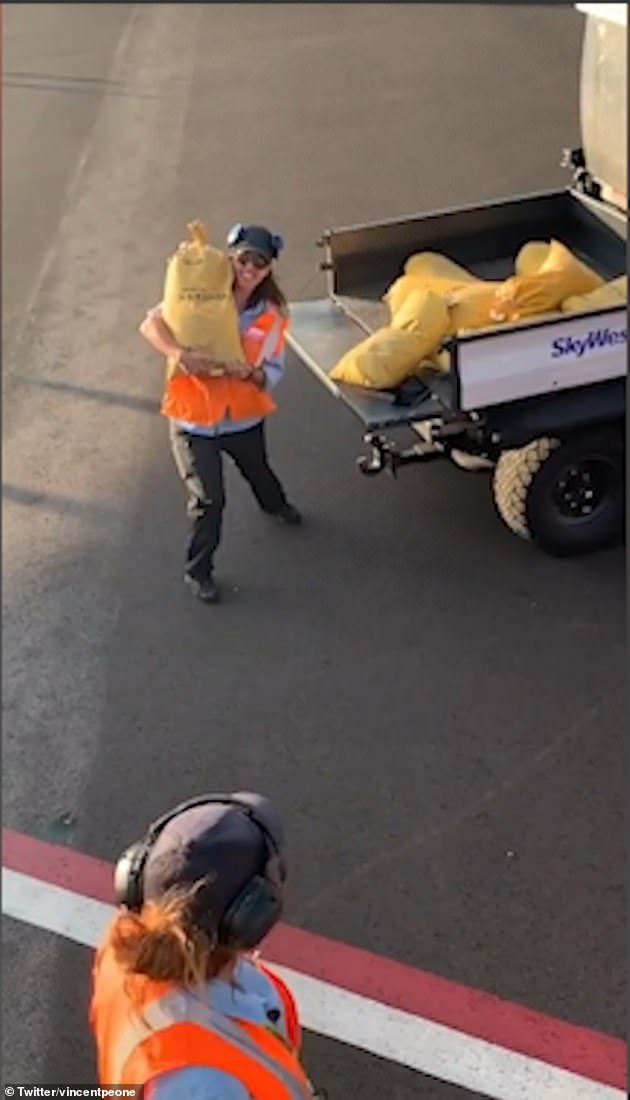 Ground crew add sandbags to the luggage compartment of the plane because of the lack of passengers on-board. 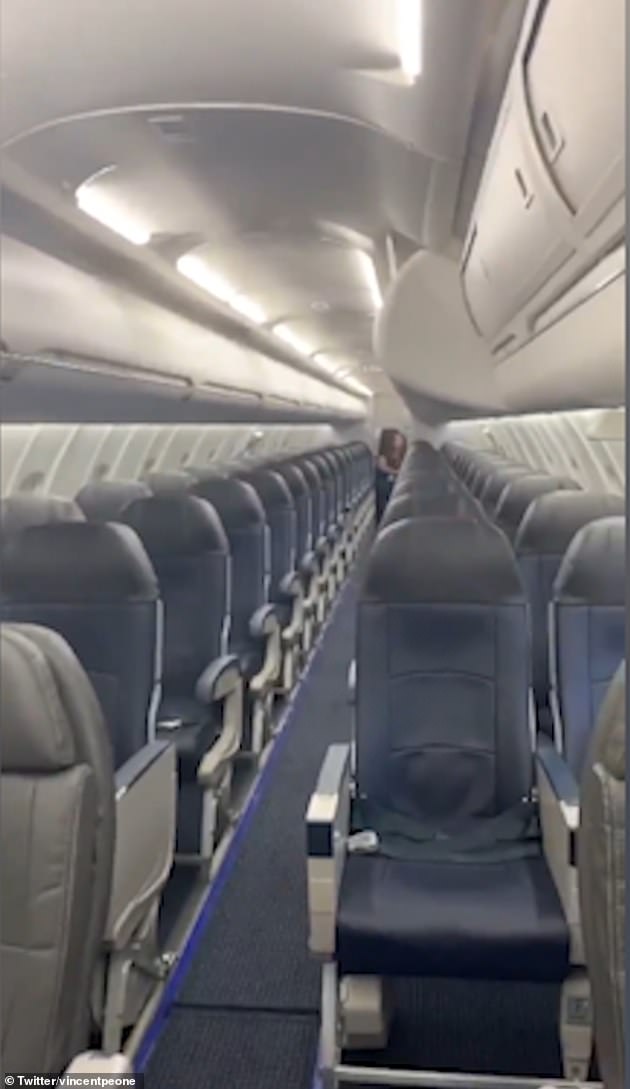 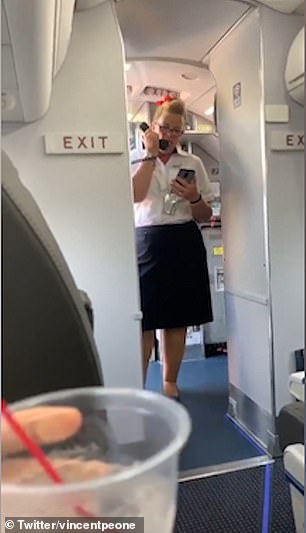 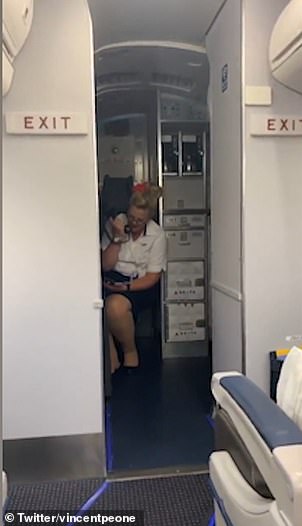 The airline had previously seemed to confirm the Peone’s experience Monday in a tweet, telling him it looked like an ‘awesome experience,’ in response to his video which has been viewed three million times.

In an interview with the post earlier this week, Peone repeatedly alluded to the fact that he not only boarded the plane alone, but flew on it alone too.

‘It reminded me of an experience you’d have flying in the ’50s or something. It was very positive, and [the flight crew] thought it was funny. But I was like: Why would they even do this? Why even fly the plane? Delay me or cancel or something,’ he said.

But just three days later, Peone’s account of the experience seems to have altered somewhat.

‘Thank you Delta for an awesome experience last week. My video was 100% true…and then I stopped filming. After the private jet broke down again with mechanical problems, I took a normal one the following morning,’ Peone tweeted.

‘The footage I have tells a short, funny, and positive story – because those are the kind of stories I like to tell. I make comedy! Consider it the Director’s cut. I had some laughs with the amazing crew while living the dream. The story took off fast, but the plane didn’t.’

Peone’s video began with an attendant speaking over a PA system at the gate, saying: ‘Will the only passenger on-board this flight kindly board at this time. Mr Peone?’

Mr Peone walks to the plane accompanied by a ground staff assistant as he marvels at having the flight to himself. 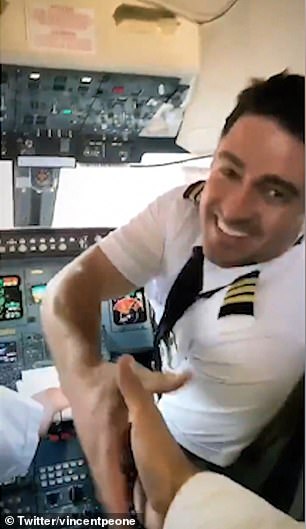 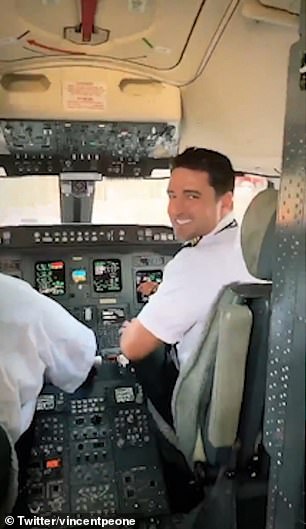 After the flight lands in Salt Lake City, Vincent takes a trip to the cockpit to say thank you to the pilots. He shakes their hands and the pilot (pictured) jokes he will see him next time on his own private jet 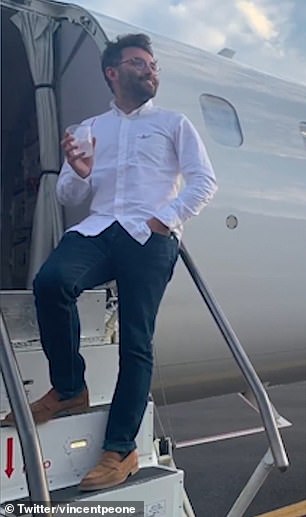 Stylish: Vincent poses on the steps of the SkyWest plane while holding his drink on his ‘private jet’

The ‘solo passenger’ films his bizarre experience and asks the ground staff assistant if she has witnessed someone travelling alone before to which she replies ‘yes’.

While Mr Peone stands on the steps to the plane he films the ground crew adding sandbags to the luggage compartment because the plane is too light with only one passenger.

Mr Peone sits a few rows from the front of the empty plane and sips a cool drink as the flight attendant reads out the safety information.

The flight attendant says: ‘Good evening Vincent and welcome aboard,’ as he pans the camera to the rows of empty seats on the aircraft.

After the flight touches down in Salt Lake City, Vincent visits the cockpit to say thank you to the pilots for flying him who dub the plane his ‘private jet’.

Mr Peone cuts to a still of him at the end of the video posing on the steps to his ‘private jet’ with a drink in hand to the song ‘Up, Up and Away’ by The 5th Dimension.