Delta share the love for their 90,000 employees this Valentine’s Day with two months’ extra salary

Delta Air Lines will hand over a bonus equivalent to two months pay to each of its 90,000 employees on Valentine’s Day.

It will be one of the largest profit-sharing payouts in corporate history.

Delta Air Lines CEO Ed Bastian is being hailed as a ‘rock star’ for his profit-sharing plan. 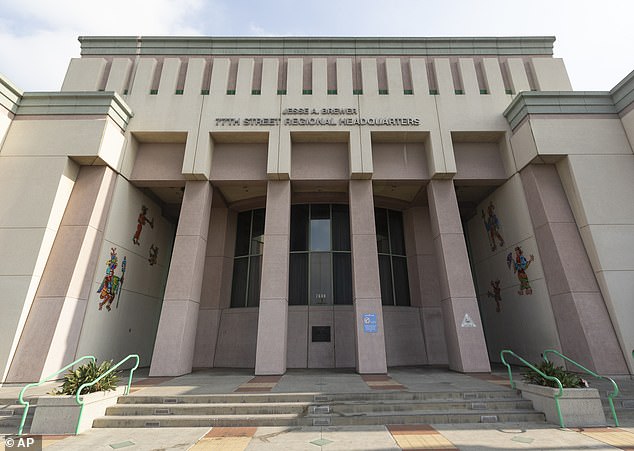 The bonus check will equal to almost two months’ extra salary for eligible employees. A total bonus pot of $1.6 billion will be handed out.

The only employees excluded form the profit-sharing plan are the company’s officers, directors and general managers, although they are set to receive their own performance-based bonuses.

According to Payscale.com, the average Delta employee salary is $83,035 which would equal to almost a $14,000 bonus check in February. The salary scale within the company slides from almost $250,000 for pilots for $23,000 for those working in loading and stocking and bonuses received will be in line with an employee’s salary.

‘Rockstar’ CEO Ed Bastian has been at the helm since 2016 and has won wide praise. 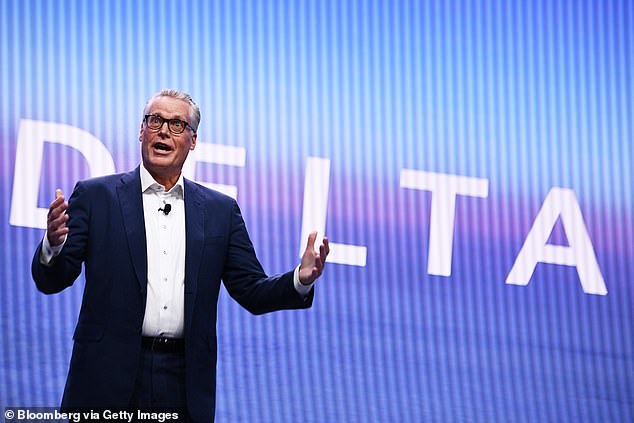 Delta CEO Ed Bastian announced that Valentine’s Day bonuses will be given to 90k employees.

Delta’s CEO Ed Bastian, 62, is being heralded as a ‘rock star’ for the move, the sixth straight year that the Atlanta-based company will pay out profit-sharing bonuses of over $1 billion.

‘For years, I would get beaten up by Wall Street. They thought the profits were theirs, and ‘Why are you giving the profits away to the employees?’ Bastian said at Monday’s event, according to The Atlanta Journal-Constitution.

‘Wall Street has actually come full circle, and they realize that Delta is the most awarded airline in the world because of its employees.’

Named as CEO in 2016, 62-year-old Bastian was praised by his peers for the generous payout. 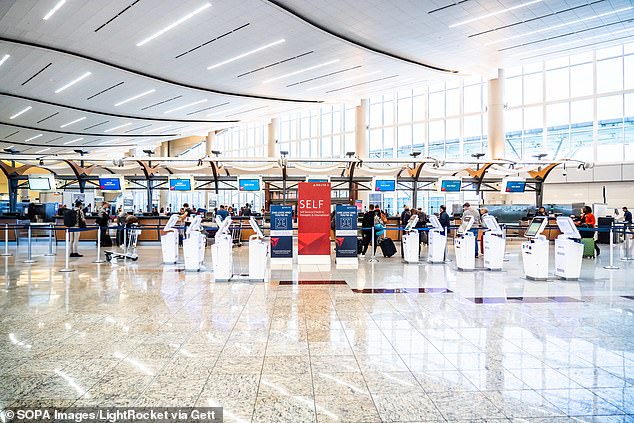 Delta has been awarded the title of the 2019 Best Airline in the US by the Wall Street Journal. 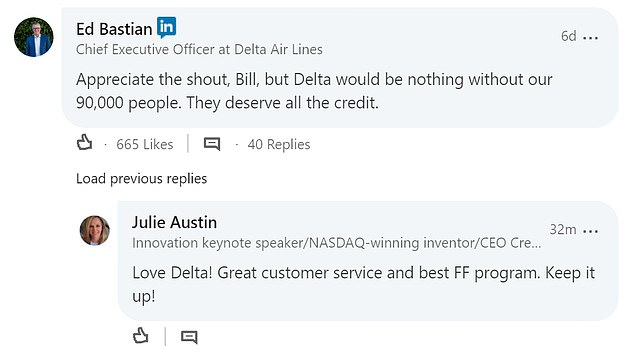 Bastian was quick to thank his employees after announcing plans to hire 7,000 people in 2019.

‘Delta is truly leading the way in proving it values its employees. Ed Bastian you are a rockstar,’ Bill Maynard, chief technology officer at VFS Global, wrote on LinkedIn.

Bastian replied with praise of Delta’s employees:  ‘Appreciate the shout, Bill, but Delta would be nothing without our 90,000 people. They deserve all the credit.’

Speaking at Monday’s event, the American business executive said: ‘I’m at a season where I’m at my peak. I’m never going to do another job in my life. This is it. And I’m having a blast with it. I love the people, and I love the challenge.’

Delta Air Lines was recently named as the number one airline in the U.S. by the Wall Street Journal, a few days before the L.A. school accident.

While it is not the only company to offer a cash-based profit-sharing plan, the payouts are not generally this high.

Around 38 percent of US adult workers have received a cash profit-sharing bonus, according to a 2018 survey conducted by the National Opinion Research Center at the University of Chicago, but the average reported was only $2,000, or 5 percent of pay.

The announcement comes just over a week after 20 schoolchildren and dozens of others were injured when a Delta jet dumped fuel on Los Angeles schools in a mid-air emergency on Tuesday, January 14.

Four Los Angeles teachers sued the airline less than a week after a plane bound for Shanghai, China, from Los Angeles International Airport dumped fuel over playgrounds and schools. 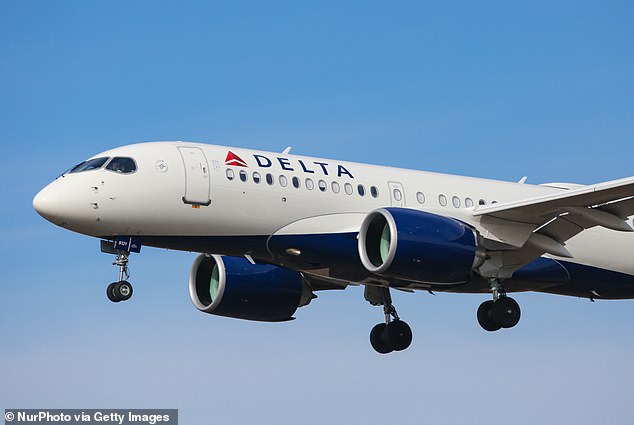 Delta is still feeling the heat in California as teachers sue over the fuel-dumping incident. 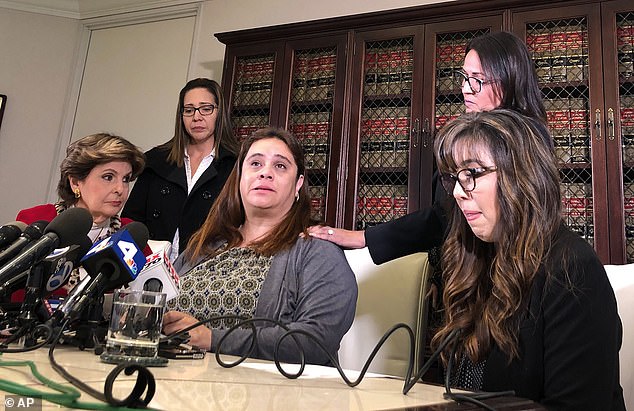 The Los Angeles County Fire Department said more than 60 people from seven schools in the area were treated, including at least 20 children. No one was taken to hospital.

The teachers, who have not been identified but teach in Park Avenue Elementary School in south Los Angeles County, cited emotional anguish and distress and accused the pilot of failing to follow protocol.

‘They also suffered severe emotional distress from the knowledge that they had involuntarily ingested toxins,’ their attorney Gloria Allred said in a statement.

‘Their severe emotional distress includes the reasonable fear that the exposure to and ingestion of jet fuel might produce serious health consequences in the future.’

According to the Federal Aviation Administration, the Delta Flight 89 experienced engine trouble shortly after take off from LAX and air traffic control were notified that it needed to return. The pilot didn’t inform the control tower, however, that it would need to dump fuel to lighten the load and so the flight was not redirected to a safe location.