Delta thanks its 90,000 employees by painting ALL their names on the side of a custom-designed plane

Delta salutes its 90,000-strong workforce by painting ‘thank you’ on the side of a plane formed from the names of ALL the employees

By Paul Hirons For Mailonline

Delta Air Lines surprised staff when it revealed a custom-decorated aircraft with the names of all 90,000 employees forming the words ‘thank you’ on its fuselage.

The shock unveiling took place at the company’s HQ in Atlanta, Georgia, after it announced that eligible employees would be getting a 16.7 per cent payout thanks to a $1.6billion profit-sharing initiative.

The custom-designed plane was unveiled in Atlanta and was designed, produced and installed by Delta staff, taking more than a week to complete

The custom ‘thank you’ message featured on this Airbus A321 aircraft was designed, produced and installed in-house by Delta technicians.

The process, which involved 48 custom decal panels, took more than a week to complete at the Delta TechOps print shop and hangar in Atlanta.

The company said the plane was ‘dedicated to the world’s best employees and customers’.

Joel Freeland, a TechOps painter who worked on the project, said that the aircraft was particularly meaningful.

‘It’s so wonderful to get to do a project like this,’ he said. ‘The idea was conceived within Delta, and all the employees working together have made it a reality.’ 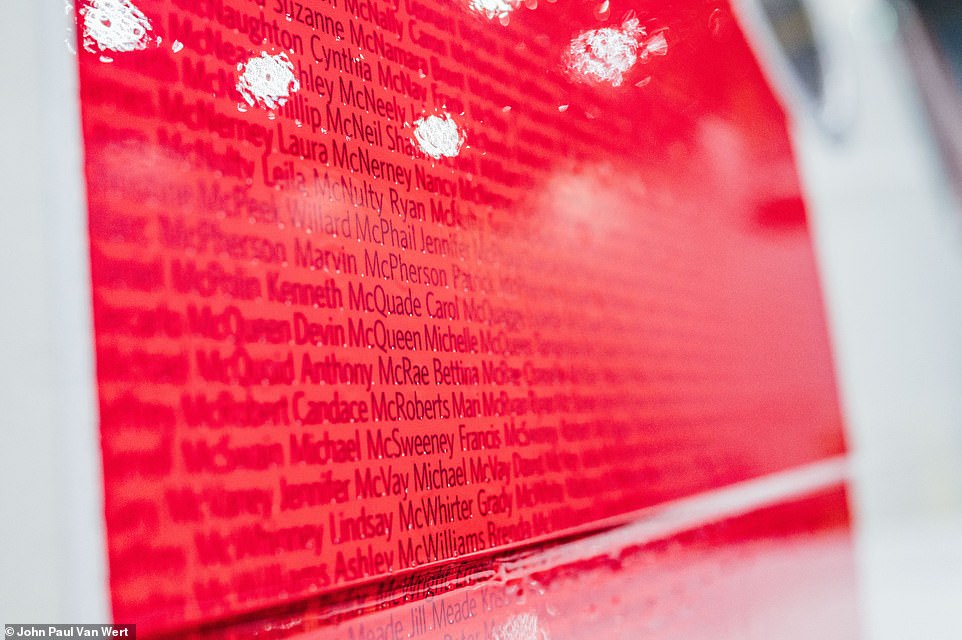 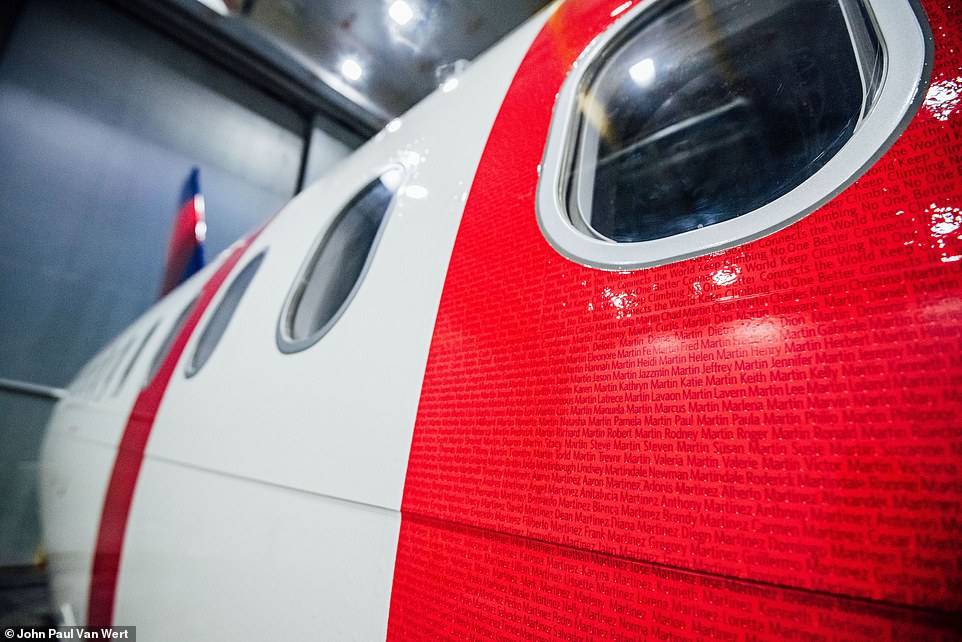 The custom-decorated plane was unveiled during the airline’s annual profit-sharing announcement in Atlanta, Georgia

The airline has paid more than $6.5billion in profits directly to its employees over the past five years.

‘Delta would be nothing without our 90,000 people worldwide,’ said Delta CEO Ed Bastian. ‘They deserve all the credit for our success, and we are proud to recognise their extraordinary work with a $1.6billion payout, marking the sixth year in a row that Delta’s profit-sharing has exceeded $1billion.’

‘We’re often asked what sets Delta apart, and the answer is simple: our people,’ said Joanne Smith, Executive Vice President and Chief People Officer. ‘That’s why profit sharing is one of the most important days of the year. It’s all about Delta people sharing in the success they make possible through hard work and a focus on our customers.’

The company also announced that it would be investing $1billion in a bid to make itself the world’s first carbon-neutral airline.