Dementia patient, 92, into bed and force her head down – but court rules they did nothing wrong

This is the shocking moment nursing home carers push a dementia patient into her bed and force her head down, but a court ruled they did nothing wrong.

The distressing footage captures how employees pull at Jean Robins and forcefully lift her on to a bed in an aged care home in Perth.

The 92-year-old’s dementia was worsening and she had recently broken her leg when the incident was caught on a hidden camera in 2016.

Mrs Robins’ son, Ed planted the camera when he noticed bruising and skin tears on his mother.

The concerned son said there were occasions his beloved mother was left on the floor crying for help for more that 20 minutes.

This footage – which was supplied to Four Corners – repeatedly shows the woman attempting to defend herself from the workers.

‘Mum was in pain, obviously, putting her hands up to protect herself, and they’re throwing her leg in,’ Mr Robins said.

‘She was being abused. There’s different types of abuse. She has been physically abused, in our eyes, and from what we were told by the police.’

The minute-long footage captures Mrs Robins fighting back at the carers who laugh at her attempts. 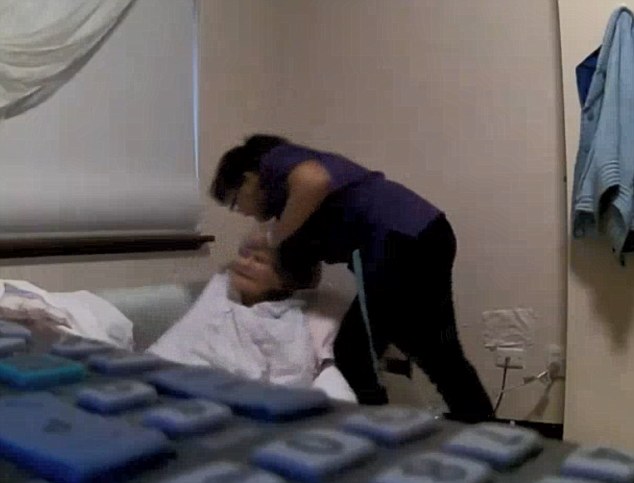 It also shows the workers flinging her legs on to the bed and forcing her down by her shoulders and head.

Mr Robins took the footage to the Morrison Lodge, where the abuse took place and they reported it to Perth police.

Two of the carers were charged 12 counts of assault but Magistrate Gregory Smith acquitted the carers of all charges.

Magistrate Smith likened the handling of the elderly woman to that of a difficult child.

‘If the child is throwing a complete tantrum, then obviously extra force is needed to achieve what has to be achieved,’ Magistrate Smith said in court. 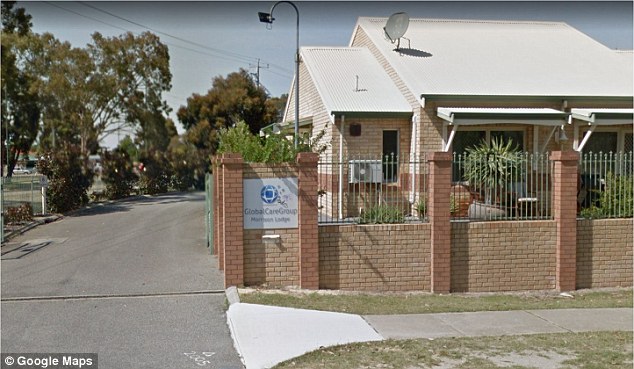