‘Dementia-suffering pensioner, 95, is arrested for murder’ in London

A 95-year-old man believed to be battling dementia has been arrested on suspicion of murdering his carer.

Two ambulance crews were scrambled to his first-floor flat in Holloway, north London at around 4am on Thursday after neighbours heard a scream.

The 61-year-old female careworker was rushed to hospital with head injuries but could not be saved.

The arrest makes the suspect, named locally as Ahmed Seddiki, one of the oldest people ever arrested for murder in the UK.

Neighbours said he had to be helped out of his flat in his wheelchair by paramedics and others said he was receiving round-the-clock care before the incident.

A 95-year-old man has been arrested after the death of a female careworker in north London today. Police officers were seen scouring a flat on the Ringcross estate in Holloway (pictured) yesterday

Mr Seddiki, who neighbours say is frail and uses a walking stick, was taken to hospital as a precaution after being arrested on suspicion of murder.

The four-storey block of flats on an estate near Holloway Road, north London was clear of police today.

Mr Seddiki is understood to live at the address with his wife, Fatima, but it is not clear how she is.

A neighbour said: ‘They are a really nice family. They have a daughter and a son too.

‘I have seen ambulances coming here nearly every day for the past year. Mr Seddiki is in a wheelchair.

‘Paramedics had to help him out of the flat.

The woman, who has lived in the flat below the Seddiki’s since 2007, said that the elderly gentleman had stopped being able to recognise her recently.

She said: ‘He forgot who I was. He’s suffering with dementia, I think. He was the nicest man – I can’t believe the police arrested him.’

Another neighbour said: ‘He was getting 24-hour care, there was an older black lady who came in to look after him in the evenings.’

One resident putting out her rubbish said she had seen forensics in ‘grey suits’ entering the flat on Thursday afternoon.

‘A policeman told me it was an accident’, she said.

Another neighbour said Mr Seddiki and his wife Fatima had two carers looking after them in the evenings.

It is believed the other carer called an ambulance for the victim and stayed with Mr Seddiki and his wife, thought to be 91, until police came and arrested the nonagenarian.

The neighbour, known as Sonia, said: ‘She was a beautiful human being.

‘Bless her soul, she loved her job and was so good at it.

‘We chatted about all things like holidays and how she kept healthy because she looked so great.’ 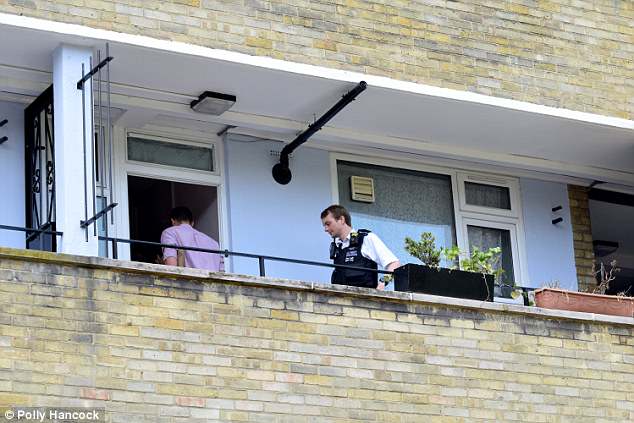 It is believed Mr Seddiki had become housebound over the last few years and had to be transported in a wheelchair.

His wife Fatima had been housebound for a ‘longer time’ say neighbours.

Another neighbour said: ‘I haven’t seen the wife in years.

‘I used to help the husband with his shopping but he doesn’t get out the house anymore.

The Metropolitan Police said he was granted bail but will remain in hospital until he is moved to somewhere ‘his complex health and care needs can be managed’.

A neighbour who has been living in the 95-year-old’s block of flats in Holloway for 10 years said he was rarely seen outside his home since he and his wife fell ill.

The woman, who did not want to be named, said another neighbour told her of hearing a scream in the early hours of Thursday morning.

She said the elderly man would normally have a carer looking after him and he was occasionally visited by family members.

‘It’s a surprise. They are a very good family,’ she said.

‘I don’t know what’s happened. I was coming home from work and saw police upstairs.

‘Another neighbour heard a scream at about 4am, but I didn’t.’

Councillor Richard Watts, leader of Islington Council, said: ‘We are devastated to hear of the death of a carer in Islington.

‘Our thoughts are with her family and friends at this desperately sad time.’ 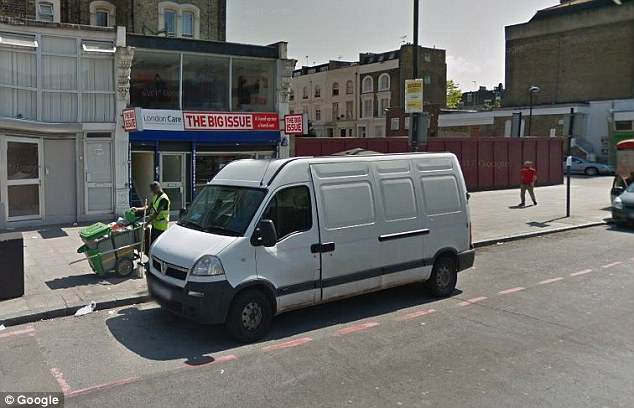 The firm has confirmed it has launched its own investigation but would not comment further.

A Metropolitan Police spokesman said: ‘A murder investigation has been launched after a woman died from head injuries following an incident in Islington.

‘Police were called at approximately 7.10am on Thursday, May 24 to a north London hospital where a 61-year-old woman was admitted suffering from head injuries.

‘She died in hospital at 10.57am on Friday, May 25. Her next of kin have been informed. A post-mortem examination will take place in due course.

‘At this early stage it is believed that her injuries were sustained at a residential address in Islington where she was working as a carer.

‘A 95-year-old man has been arrested on suspicion of murder.

‘He has been taken to hospital as a precaution due to a pre-existing condition where he will remain pending transfer to a location where his complex health and care needs can be managed. Police have bailed him while inquiries continue.’

Detectives from the CID based at the Central North Command Unit investigate.

Officers are not seeking any other persons in connection with this investigation.

Anyone with information relating to this incident is requested to call police on 101. You can also contact Crimestoppers anonymously on 0800 555 111.