She has risen to the top of music charts and commanded stages across the world.

But in a candid interview with Dr. Phil that airs on Tuesday, Demi Lovato revealed that she had suicidal thoughts when she was just seven.

The 25-year-old singer/songwriter has battled various mental health issues during her life – including bipolar disorder, schizophrenia, depression, and anxiety – and has admitted she first felt suicidal during her youth.

Struggle with mental health: Demi Lovato revealed in a candid Dr. Phil interview that airs on Tuesday that she first had suicidal thoughts when she was just 7 years old 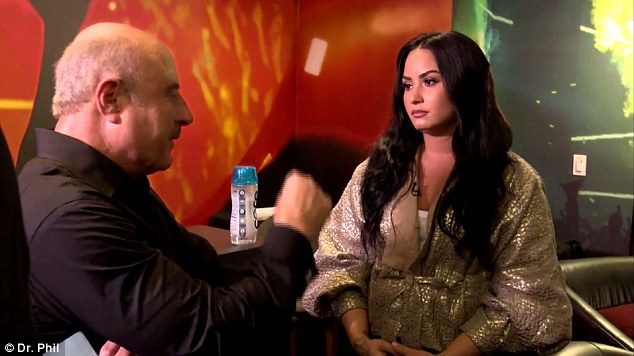 Road to recovery: The Texas native revealed that her suicidal thoughts were triggered by bullying

In the interview, Demi expained: ‘The very first time I was suicidal was when I was seven. I had this fascination with death.’

‘I have experienced things that I have not talked about, and I don’t know if I ever will talk about. But at seven, I knew that if I were to take my own life, that the pain would end.’

The Texas native revealed that her suicidal thoughts were triggered by bullying. 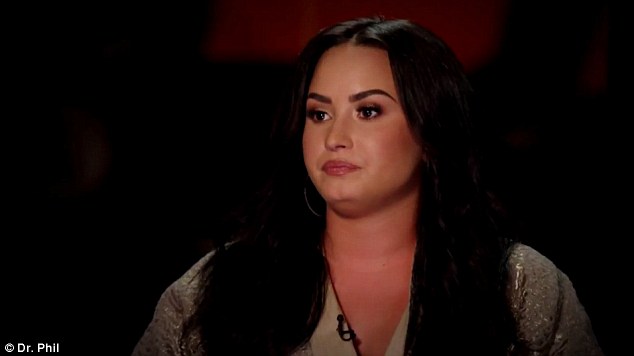 ‘I’m in a really good place today’: Lovato shared that her eating disorder has proven harder to battle than her drink and drugs issues

Since then, she has experienced similarly dark thoughts as a result of emotional turmoil and trauma.

The ‘Sorry Not Sorry’ hitmaker said: ‘It came back several times – when I was struggling with depression, my bipolar disorder.

Demi revealed that it got to the point where her mom, ‘was afraid to wake me up in the mornings because she didn’t know if she opened the door if I would be alive or not. Because every time I cut, it got deeper and deeper.’

The brunette beauty recently celebrated six years of sobriety, but she’s admitted that her eating disorder has proven harder to battle than her drink and drugs issues. 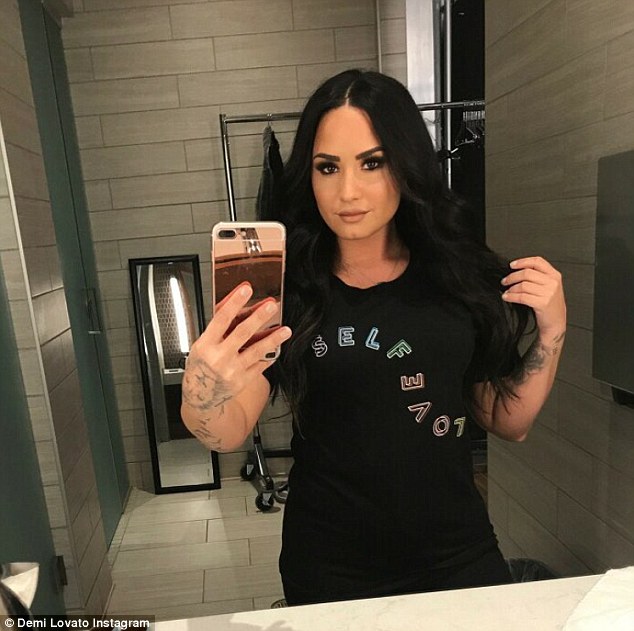 ‘Self love’: The brunette beauty recently celebrated six years of sobriety, but admitted that her biggest battle is with food

She said: ‘I think the everlasting addiction in my life has been food. My eating disorder started when I was very young. That’s something that I deal with on a daily basis.’

The 25-year-old continued: ‘I feel I’ve conquered my addiction and alcoholism, where I don’t even think about it anymore. But my struggles with my food issues are something that I still deal with.

She went on to say: ‘I’m growing, and I’m in a really good place today.’

Touring lady: The hit-maker was spotted keeping warm while leaving her Toronto hotel on Tuesday morning

The chart topper was spotted leaving her hotel in Toronto on Tuesday morning.

The songstress kept warm by draping her black coat with fur trim across her chest.

She wore black boots and kept her eyes on her phone during the outing.

Her long brown hair was curled and worn down as she clutched to a hot coffee drink.

The singer has been travelling on her Tell Me You Love Me tour. She performed at Toronto’s Air Canada Centre on Monday night. 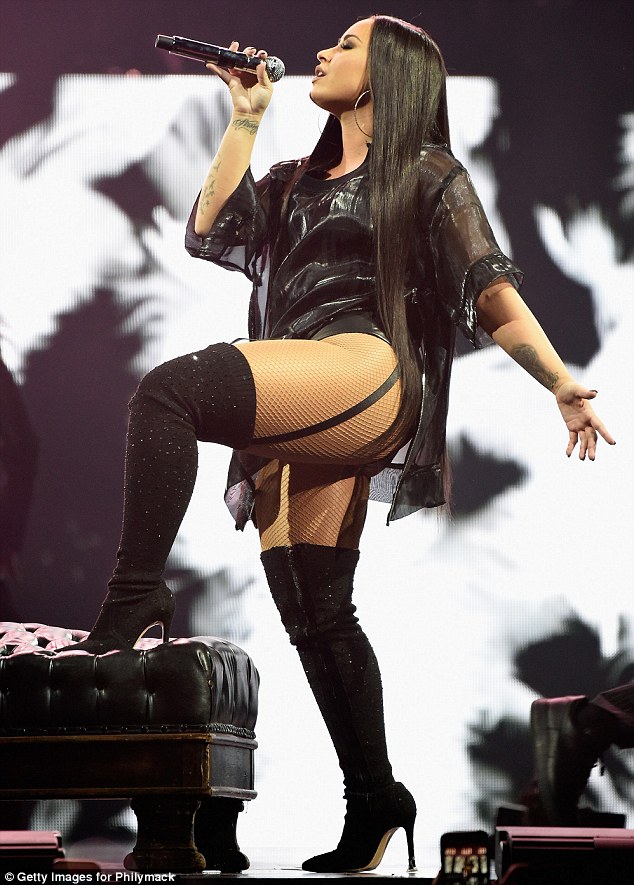 ‘Sorry Not Sorry’: Demi has been travelling on her Tell Me You Love Me tour and performed at Toronto’s Air Canada Centre on Monday night