Eyes meet across a crowded room and  – abracadabra – you’re in love, or at least that’s the way the fairytale goes.

Most of us might concede that the above scenario rarely happens, even if lust at first sight is a definite reality.

However, for demisexuals, the thought of feeling an instant sexual attraction with another person can actually feel abhorrent.

The term describes a person who needs to form a strong emotional attachment with someone before they can even begin to embark on a physical relationship with them.

The emerging ‘label’ first came to light nearly a decade ago and has gathered momentum as more people say they can relate to it.

Many of those who say they identify with demisexuality say the idea of hooking-up with someone on a first date or in a nightclub leaves them recoiling.

Although the term is often closely associated with asexuality, those who feel demisexuality applies to them say they have strong sexual urges, but struggle to express physical intimacy with another without really getting to know them. 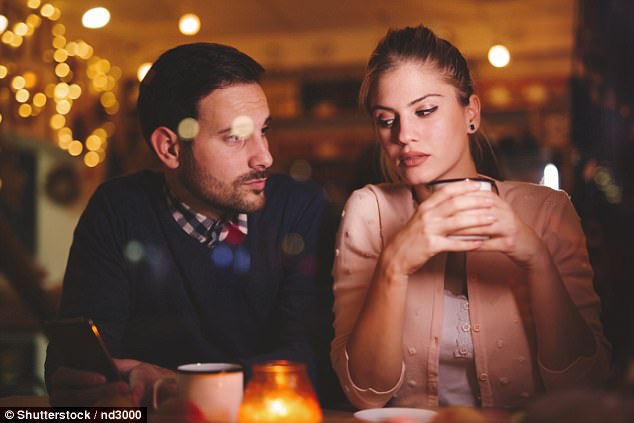 One demisexual said the idea of kissing on a first date, or even having a one-night stand is repugnant to them

According to an article on asexuality.org, a demisexual is a person who does not experience sexual attraction unless they form a strong emotional connection with someone.’

One person who identifies as demisexual told the Asexual Visibility and Education Network revealed their struggled with the definition.

“Part of the problem is that I’ve only recently (in the last month or so?) figured out exactly what my sexuality could be described as.

‘For at least 1.5, maybe 2 years, I’ve been wondering if I was bisexual or asexual, but neither of those felt right. I’ve been in a nearly-5-year-long heterosexual relationship, so part of me is conflicted with coming out at all.

‘My biggest worry is that my close friends will not understand my demisexuality, or that they will think that it’s ‘normal’ to ‘not want to have sex with everyone you meet’ (which, to my knowledge, is different than demisexuality).’

On Reddit, another said using the term stopped her feeling like a ‘freak’, explaining: ‘I always recoiled and quickly withdrew from socialising altogether out of fear of being pressured into anything romantic or sexual with others, but as soon as I got home and in my own bedroom, I found myself longing for a relationship with someone, and indulging my sexual feelings with myself (which is pretty normal for a hormonal 13-14 year old), but the severe anxiety I felt whenever someone expressed any romantic interest in me kept me from dating anyone or even flirting back when it did happen.’