A leading Democrat in California is facing calls to resign after he was accused of sexually assaulting several staff members.

Daraka Larimore-Hall, the state party’s vice chairman, told The Washington Post that he sent a letter on Tuesday to the party’s secretary calling for Bauman’s removal.

It comes after he was approached by several party staff members who told him that they had been sexually harassed and assaulted by Bauman.

Larimore-Hall said that he first filed a complaint with the party’s human resources department and called on Bauman to step down.

After Bauman refused, Larimore-Hall initiated the formal process of calling for Bauman to be ousted.

Larimore-Hall said in a letter: ‘In the days since the first brave souls have come forward, they have been joined by others with similar stories and experiences.

He called the allegations ‘credible, corroborated and utterly heart-breaking’.

He asked that Democrats ‘honor these survivors by respecting their desire to be left alone, and in some cases to remain anonymous’.

Bauman has been California Democratic Party chairman since May 2017. He is the first openly gay person to lead the party in the state.

In a statement Saturday to The Sacramento Bee, he said that a ‘prompt, thorough and independent investigation of the allegations has been undertaken by a respected outside investigator’. 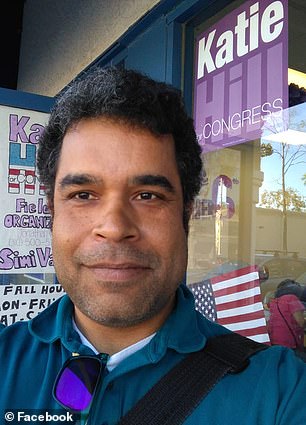 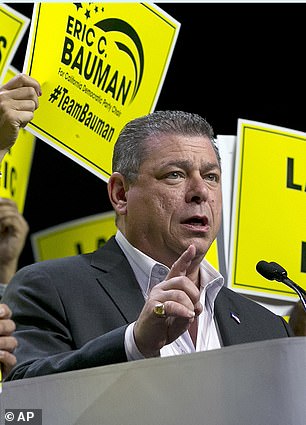 Daraka Larimore-Hall, the state party’s vice chairman, (left) said he was approached by several staffers alleging sexual assault by Eric Bauman (right) and called on him to stand down

He added: ‘I take seriously any allegation brought forward by anyone who believes they have been caused pain’.

He claimed that he looks forward to ‘putting these allegations behind us and moving forward as unified Democrats’.

Larimore-Hall provided no details about the alleged incidents or the staff members who reportedly were assaulted.

In his email, he said that he would allow the victims to decide whether to come forward.

He added: ‘ I will forever be inspired by the bravery of these young political professionals, many of whom are at the very beginnings of their careers. 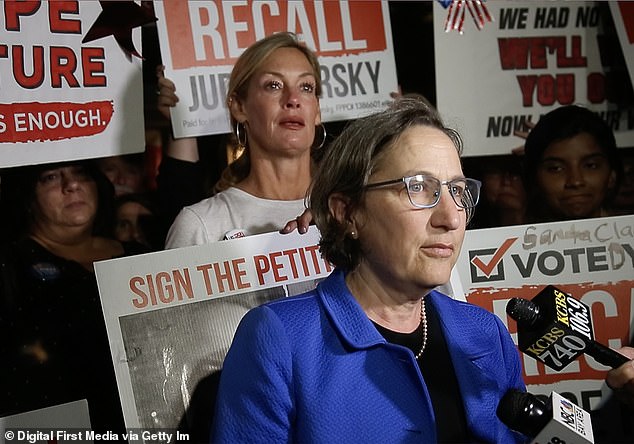 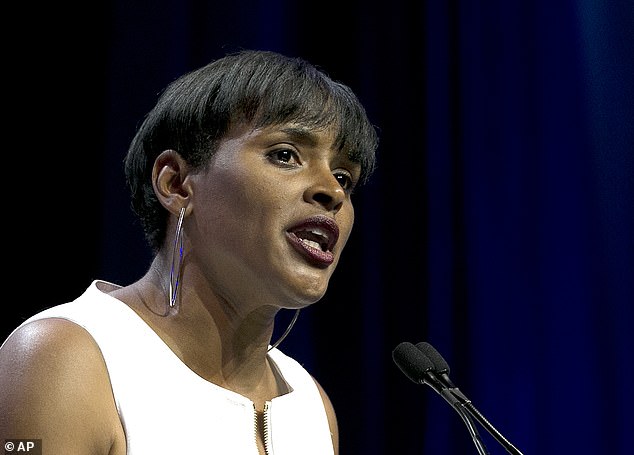 ‘Obviously, it is completely unacceptable for Chairman Bauman to remain in office given the allegations’.

In a tweet on Friday, Democratic Representative Ro Khanna called the allegations against Bauman ‘shocking’.

She suggested that that the California Democrats replace him with Stanford University law professor Michele Dauber.

He also said he would support Kimberly Ellis of Richmond, who Bauman beat in the contentious race for the party’s top job by just 62 votes last year at the state party convention.