Democrat Rep. Carolyn Maloney APOLOGIZES to Biden for saying he won’t run in 2024

Democrat Rep. Carolyn Maloney apologized to President Joe Biden on Thursday in an awkward CNN interview after the longtime New York lawmaker said Biden would not be running for re-election in 2024.

It’s the second time Maloney has been forced to backpedal over her apparent gaffe, which occurred during a debate on Tuesday night for the hotly contested Democratic primary race in New York’s 12th Congressional District.

Maloney was asked multiple times about her comments during the tense Thursday morning interview, each time giving an increasingly more exasperated response. She pledged to support the president’s 2024 re-election bid on Thursday morning – but doubled-down on doubting the campaign would come to fruition.

‘Mr. President, I apologize. I want you to run. I happen to think you won’t be running, but when you run or if you run I will be there 100 percent,’ Maloney said toward the end of her appearance on CNN’s New Day.

‘You are a great president. And thank you for everything you’ve done for my state, and all the states and all the cities, in America. Thank you, Mr. President.’

For decades the pair have worked hand-in-hand with Maloney representing much of Manhattan’s Upper East Side, as well as parts of Queens and Brooklyn, while Nadler led much of the West Side.

Rep. Carolyn Maloney was forced to backpedal multiple times after saying she did not believe Joe Biden will run for president again in 2024

During a rapid-fire round of their Tuesday debate, the lawmakers along with challenger Suraj Patel were asked whether Biden should run again in 2024.

Patel quickly answered in the affirmative, while Nadler launched into a meandering explanation that it was ‘too early to say’ and that it ‘doesn’t serve the purpose of the Democratic Party’ to answer the question ahead of November’s midterm races.

Republicans immediately seized on the video clip, and Biden’s critics insisted it was no accident that a seasoned political veteran would cast doubt on the future of her party leader.

The New York Democrat posted on Twitter the next day that she ‘will absolutely support President Biden, if he decides to run for re-election’ and insisted she was focused on November’s general race and her upcoming August 23 primary. 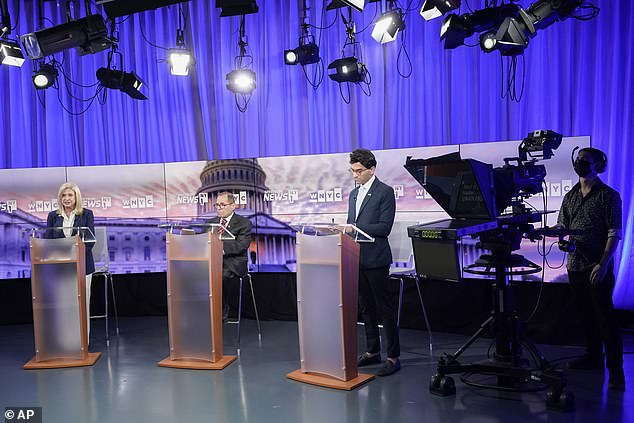 On CNN Thursday, Maloney heaped praise on Biden when she was first asked about the debate report.

‘First of all, I think we owe a tremendous debt of gratitude to President Biden, who saved the country by running against former President Trump,’ the congresswoman said.

‘I think he’s done an incredible job in his giving us a record to run on in the ’22 elections. Let’s finish the 2o22 elections before we get to ’24.’

Asked more directly why she thought Biden would not run, Maloney insisted it was a ‘personal belief’ –  rather than any information she may have as a senior member of the president’s own party.

She added, ‘I will support him if he runs, and it’s totally his decision.’

‘Why do you have that personal belief?’ CNN host Brianna Keilar pressed.

Maloney bristled, ‘Well, we’re all entitled to have our own information and our own beliefs. But I will support him if he runs for president. He’s already been an outstanding president.’ 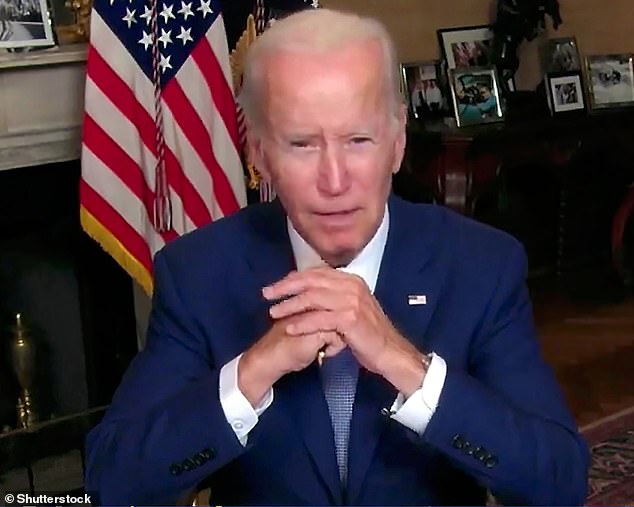 It comes after several other high profile Democrats have shied away from declaring their support for Biden’s re-election bid.

West Virginia moderate Democratic Senator Joe Manchin demurred when asked about supporting the president during an interview on NBC’s Meet The Press this past Sunday.

‘I’m not getting into 2022 or 2024,’ Manchin said while pushing Senate Democrats’ new $740 billion climate change and deficit-reducing spending bill.

And in June, progressive Rep. Alexandria Ocasio-Cortez refused to commit to getting behind a Biden 2024 campaign during a CNN interview, stating: ‘I think if the President has a vision, then that’s something certainly we’re all willing to entertain and examine when the time comes.’

Rep. Dean Phillips of Minnesota issued the strongest opposition from a House Democrat yet last week in a radio interview on WCCO’s The Chad Hartman Show point-blank that he did not want Biden to run.

‘I think the country would be well served by a new generation of compelling, well-prepared, dynamic Democrats to step up.’ Phillips had said.