Six of 10 siblings of an Arizona Republican running for reelection have thrown their weight behind his Democratic challenger in a new series of harsh ads speaking out against their brother.

The trio of ads, which were released Friday on YouTube, show six of Arizona Republican Rep. Paul Gosar’s siblings encouraging Arizona voters to vote against their brother and for his Democratic challenger, Dr. David Brill, in the upcoming midterm election.

Paul is a strident Trump supporter who subscribes to far-right views, including being anti-DACA and pro-border wall. He also believes a conspiracy theory that suggests that the 2017 Charlottesville white supremacist rally was created by liberals. 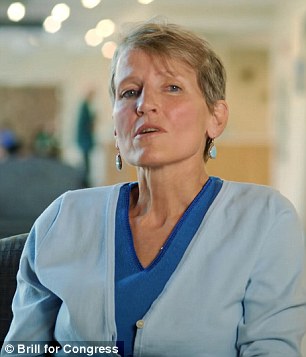 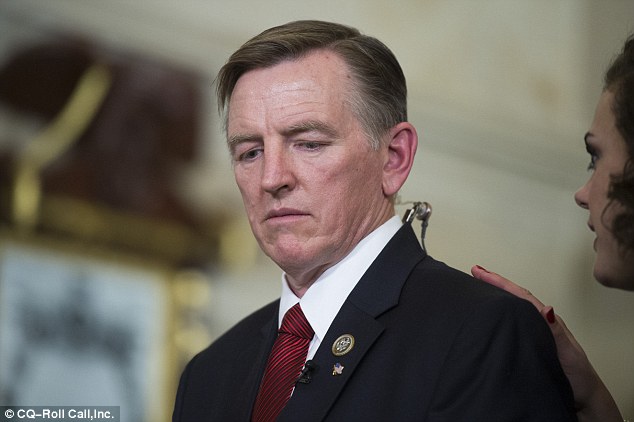 Paul Gosar (in January) is a strident Trump supporter who subscribes to far-right views, including being anti-DACA and pro-border wall

Paul is also said to be a birther who believes that financier and Holocaust survivor George Soros collaborated with the Nazis. And, Paul made headlines in July for traveling to London to attend a rally for Tommy Robinson, the anti-Muslim activist who founded the Islamophobic English Defense League.

In the video testimonial ads, the six Gosar siblings — Tim, Jennifer, Gaston, Joan, Grace, and David — lament what they are doing, but also reveal emotional, personal stories and tell voters why they have decided to speak out against their brother now.

Sister Joan Cosar, an engineer, says, ‘I think my brother has traded a lot of the values we had at our kitchen table.’

‘This isn’t just about Paul, this is about our family,’ says sister Jennifer Gosar, a medical interpreter. ‘It’s horrible to have to do this.’

‘None of this is pleasant for any of us,’ says brother David Gosar, a lawyer, noting that ‘We gotta stand up for our good name. This is not who we are.’ 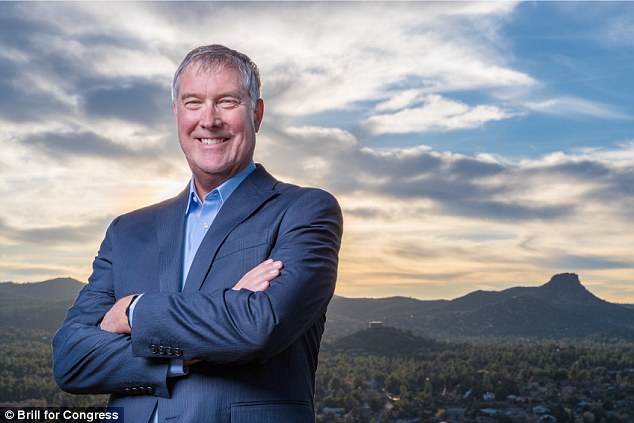 The Gosar siblings have thrown their support behind their brother’s challenger, Dr. David Brill 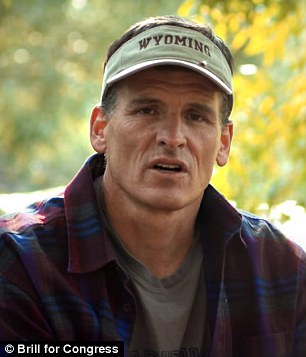 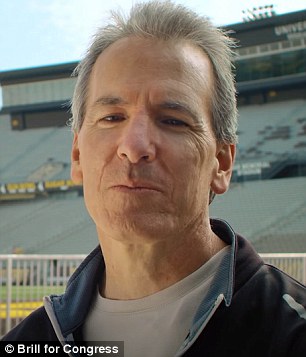 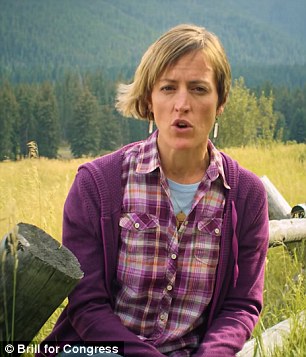 Tim Gosar said it was ‘intervention time.’ Sister Jennifer said ‘it’s horrible to have to do this’

The siblings also spoke about Paul’s record on Social Security, health care, water policy and his apparent disinterest in helping his rural constituents.

At the end of each ad, the six siblings all say that they endorse Paul’s rival, Dr. Brill.

There are other ads, which have not yet been made public, too.

In one of those ads, CNN reported, Paul’s sister Grace Gosar, a rural physician, says, ‘It would be difficult to see my brother as anything but a racist.’

In an interview with the Washington Post, David said that he does not speak with his brother much and that their relationship began to fray once he said he discovered Paul was a birther during his first congressional run.

David said that their parents are Republicans who support Paul and noted that he was disappointed by the other three siblings who did not appear in the ad, including a brother, Pete, who ran for governor of Wyoming as a Democrat in 2014.

The Gosar family was raised in Wyoming, where many of the siblings still live. Paul moved to Arizona after college.

The ads were filmed several weeks ago in Jackson and Laramie, Wyoming, where the featured siblings live, according to the Phoenix New Times, which also reported that the siblings were contacted by Brill’s campaign team after seeing their criticism of Paul on social media.

Brill told the newspaper that while Paul’s siblings are ‘really upstanding, wonderful people,’ he has not yet met them and was not involved in the making of the ads so that he would not influence their testimonials.

In October 2017, following the broadcast of a VICE News interview in which Paul stated his Soros/Nazis conspiracy claim, seven of Paul’s siblings — including Pete — wrote a letter to the Daily Miner, the local paper covering Paul’s districts, condemning his statements and demanding an apology for them.

‘We are aghast that Paul has sunk so low that he now spews the most despicable slander against an 87-year-old man without a shred of proof, and then doesn’t even have the guts or decency to apologize? Our parents are 87 and 83 and we would be outraged if some sleaze did to them what Paul shamelessly did to Mr. Soros,’ the letter read.

‘Those aren’t our family values or the values of the small Wyoming town we grew up in. Character assassination wasn’t revered. Lies and distortions do reveal much about the character of the congressman of Arizona’s 4th congressional district, however.’

The letter went on to say that ‘It is extremely upsetting to have to call you out on this, Paul, but you’ve forced our hand with your deceit and anti-semitic dog whistle. We look forward to your apology on Vice.’

Paul has not yet apologized.

Brill is said to have a difficult fight against Paul ahead of him, as the district is deeply Republican and overwhelmingly voted for Trump.

Paul has not yet commented publicly on his siblings’ ads, which are expected to start airing on television soon.