When the Democratic presidential candidates gather in Detroit this week for their second round of primaries debates, Joe Biden is expected to be the main target of his rivals’ political fire.

Already marked by the virtue of being the front-runner, Biden became even more vulnerable after the first debate, when he struggled to recover after Kamala Harris attacked his position on a federal busing program.

Now he’s facing questions about his support for a controversial crime bill, his age, and whether he has what it takes to take on President Donald Trump should he win the nomination.

His fumble and Harris’ bounce in both poll numbers and fundraising figures in the wake of her attack has put the former vice president in the cross-hairs.

Some struggling contenders are hoping for a Harris-like moment of their own this week to boost their campaign fortunes.

Biden will be sandwiched by Harris and Cory Booker on stage Wednesday night. Booker has already gone after Biden’s support for the the 1994 crime bill, calling him ‘an architect of mass incarceration’ in reference to the high level of minorities jailed in its aftermath.

The former vice president, for his part, has indicated he’s more prepared this time around.

‘I’m not going to be as polite this time,’ Biden told a fundraiser in Detroit last week.

And his campaign said he’s ready to defend himself against the onslaught of expected fire about his record.

‘We know folks are going to want to take shots. He’s fully prepared to talk about all of his record,’ a senior Biden campaign official told Axios. ‘He’s not going to let his record be mischaracterized.’

Other Democrats have fretted Biden’s inability to defend himself against members of his own party will mean he won’t be able to hold his own against President Trump should he win the nomination. 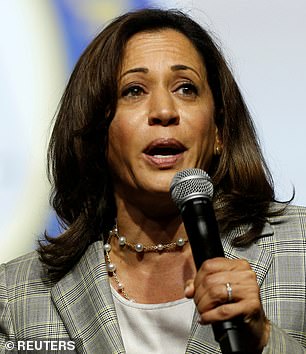 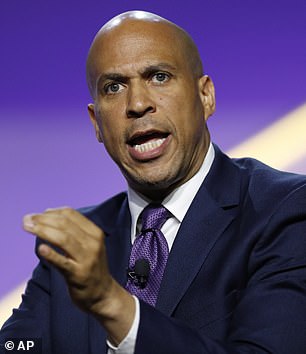 Biden will be flanked on stage by Kamala Harris and Cory Booker, both of whom have gone on the attack against him

‘People were raising serious questions about his ability to be very aggressive against Trump,’ a person close to Biden told Politico. ‘He’s listening. He seems to be more sure of himself after that first fiasco. I think he realizes now that he screwed up.’

Others are worried that, at 76, Biden was showing his age.

‘If Joe comes back strong in the next few debates, I think it’ll be fine. But I do think he looked kind of old in this debate,’ Mike Lux, a Democratic strategist who was a top Iowa staffer for Biden during his 1988 presidential campaign, told The New York Times.

If elected, Biden would be the oldest president in history at the time of his inauguration – at the age of 78. Among his rivals, Bernie Sanders is closest to him in age at 77.

Trump, at 73, has faced his own questions about his mental health capacities. But he’s also sought to turn Biden’s age against him, often referring to him as ‘Sleepy Joe.’

Biden supporters pushed back against such talk, telling The Times the former vice president is ‘fitness fanatic’ and reasonably healthy eater.

‘I work out every morning,’ Biden said. ‘I usually work on the Peloton bike, and I lift.’

During a Fourth of July parade in Iowa, the former vice president ran back-and-forth across the road to greet supporters and, when on Trump ally yelled ‘Sleepy Joe’ at him, he invited the man to come run with him. The man declined.

But Biden also has a tendency to speak off-the-cuff and go off carefully planned scripts. He has had to apologize from some such remarks, such as as his embrace of segregationist lawmakers when talking about working across the aisle.

Meanwhile, Booker and Harris are getting their ducks in a row ahead of taking the stage.

Harris on Monday announced her plan for a single government health insurance system.

The California Senator previously expressed support for Sanders’ Medicaid-for-all proposal but the new details she offered Monday differ slightly. She offers a single-payer health plan for all Americans but also ensures a role for private insurance.

Harris has had to repeatedly clarify her stance on healthcare.

During the first presidential primary debate, she appeared to suggest that she supported abolishing private insurance when she raised her hand in answer to a question on the matter only to later clarifying she was speaking of herself personally and not for all Americans.

And she faced attacks from some of her Democratic rivals for saying she opposes a middle-class tax hike to pay for Medicare for All without making clear how she would pay for it.

Her plan also differs from Sanders in that she would put off implementation for 10 years instead of the four years the Vermont Senator proposed. 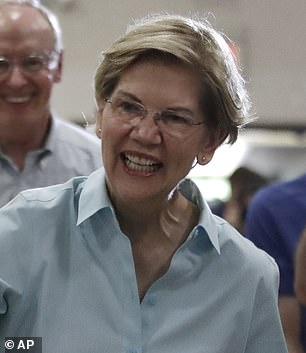 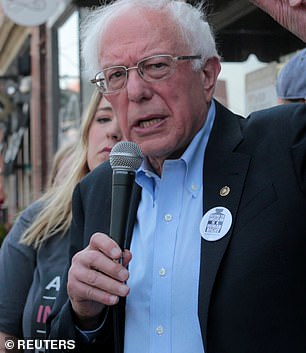 The Biden campaign accused her of flip-flopping on health care.

‘This new, have-it-every-which-way approach pushes the extremely challenging implementation of the Medicare for All part of this plan ten years into the future, meaning it would not occur on the watch of even a two-term administration. The result? A Bernie Sanders-lite Medicare for All and a refusal to be straight with the American middle class, who would have a large tax increase forced on them with this plan,’ said Biden deputy campaign manager Kate Bedingfield said in a statement.

Booker, meanwhile, announced on Monday he has qualified for the third debate.

Qualifications get stricter to participate in the debates after this week’s match-ups, putting pressure on some of the lower-tier candidates to perform in Detroit.

For the third round of debates, which will take place in Houston in September, candidates must hit 2 percent in multiple polls and have 130,000 individual donors. Only polls taken between June 28 and Aug. 28 will count.

There were questions if Booker would qualify but he put that to rest on Monday.

His campaign announced he has hit both the polling and donor thresh hold, which guarantees him a spot on stage.

‘We’re building this campaign the right way, brick by brick from the grassroots up, and we’re seeing the results of that strategy as we continue to build momentum,’ Booker campaign manager Addisu Demissie said in a statement.

‘We’re grateful to the tens of thousands of Americans who have chipped in to ensure Cory’s voice will be heard in the Democratic debates this fall, and who believe in Cory’s uplifting vision of building a more fair and just country for everyone.’ 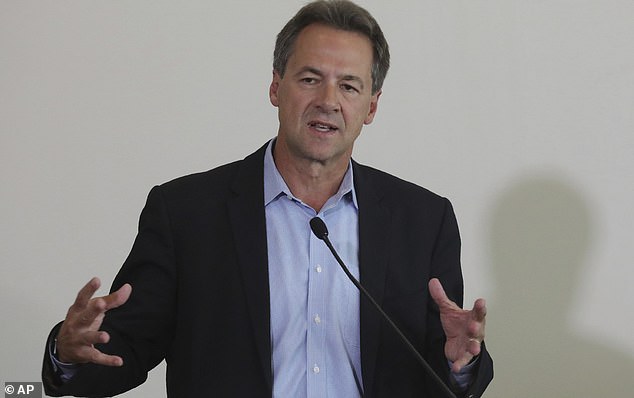 Montana Gov. Steve Bullock will be the new face on stage during the debates after he did not qualify for the first round

But, first, 20 candidates will be on stage over two nights at the Fox Theater in Detroit for the second Democratic show down.

CNN is sponsoring the debate.

Biden will be on stage Wednesday night. Teeing off the event will be Elizabeth Warren and Bernie Sanders with eight political rivals on Tuesday evening.

There will be a new face on stage with the contenders. Montana Gov. Steve Bollock qualified after Congressman Eric Swalwell dropped out of the contest.

Billionaire investor Tom Steyer and former Pennsylvania Rep. Joe Sestak, both of whom recently entered the nomination contest, also did not qualify.

Steyer’s campaign announced it would have an ad running on CNN during both nights of debate, in which Steyer goes after the president.

‘I’m running for president because unlike other candidates I can go head-to-head with Donald Trump on the economy, and expose him for what he is: a fraud and a failure,’ he says.

AGES OF THE 2020 CANDIDATES ON INAUGURATION DAY

As of July 9, 2019 there were 26 declared major party candidates in the 2020 presidential election, including 24 Democrats and two Republicans.

Here is the age each of them would be on Inauguration Day 2021 if he or she were to win: