The vote was 232 to 180, with no Republicans voting in favor of the move and Democratic Rep. Collin Peterson of Minnesota also saying nay. Peterson famously voted against President Trump’s impeachment as well. Independent Rep. Justin Amash also voted no.

The bill now moves to the Senate, where Senate Majority Leader Mitch McConnell will let it die. President Trump has also shown no interest in allowing D.C. to become a state, as the left-leaning District would likely elect two Democratic senators.

House Speaker Nancy Pelosi walks through Statuary Hall Friday after the House voted 232-180 on a bill that would make Washington, D.C. the 51st state 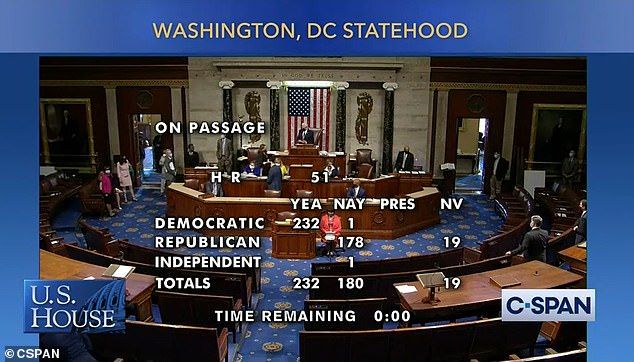 The House of Representatives passed the D.C. statehood bill Friday on an almost-exclusively party-line vote. Minnesota Rep. Collin Peterson was the one Democrat to defect 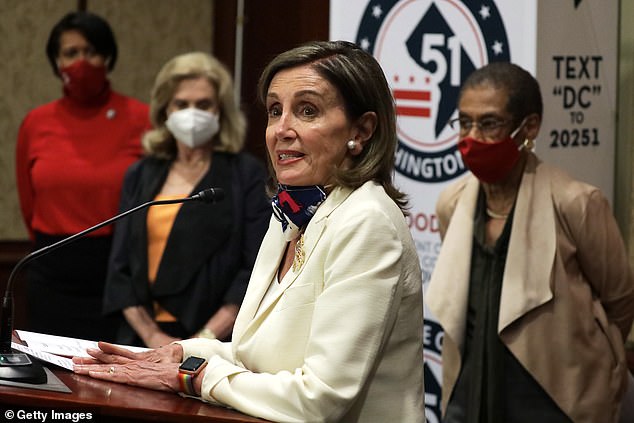 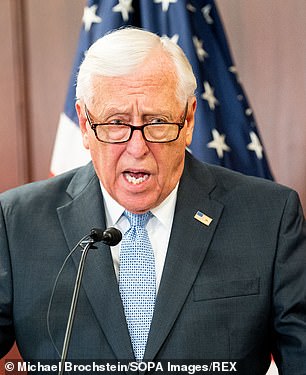 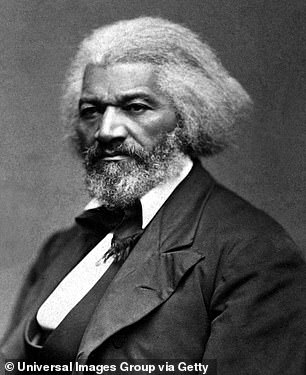 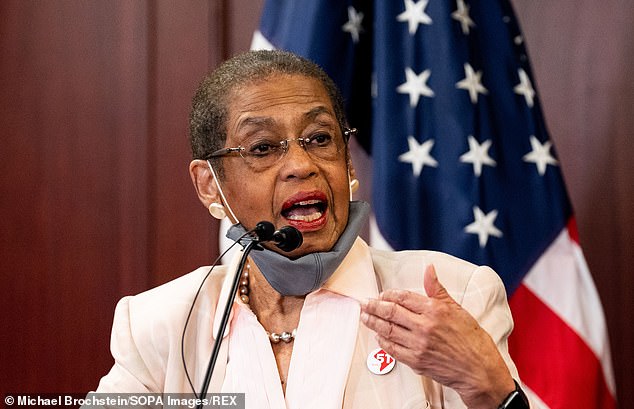 Rep. Eleanor Holmes Norton, D.C.’s non-voting member of the House, indicated she was OK with the bill only passing the House this Congress, as she suggested Republicans would lose control of the Senate and White House in November, allowing the bill to become law in 2021

And presumptive Democratic nominee Joe Biden tweeted Thursday afternoon that he believed D.C. should receive statehood, removing any kind of veto threat should he win the White House over President Trump in the 2020 election 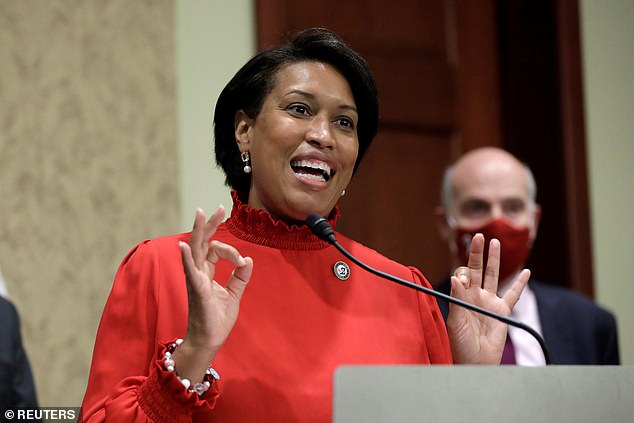 D.C.’s statehood plight has gotten attention recently amid the back-and-forth between D.C. Mayor Muriel Bowser (pictured) and President Trump, as he’s insisted on militarizing the area around the White House due to ‘Black Lives Matter’ protests 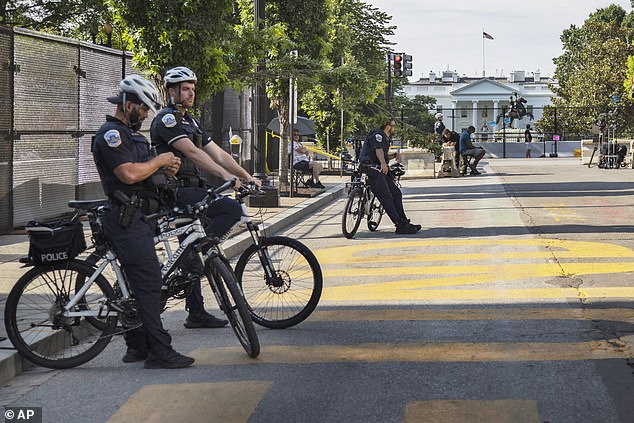 ‘And what an appropriate name: George Washington and Frederick Douglass, joined together in support of citizenship, what an appropriate name it seems to me for the capital of America,’ remarked Rep. Steny Hoyer, the House’s No. 2 Democrat who represents nearby Maryland. ‘To honor two of its citizens: one white, one black, both committed to the union and committed to citizenship.’

‘Frederick Douglas was one of the great spokespersons for “Black Lives Matter,”‘ Hoyer added.

Douglas was also chosen because he was a Marylander, as Washington was a Virginian. Those two states originally gave up the land to create the District, though Virginia took its portion back.

At the press conference Thursday, Holmes Norton indicated she was OK with statehood only passing the House this Congress because Senate control looked ripe for the picking, as new polling data showed Republican candidates struggling in several key states moving toward the 2020 election.

‘Speaking even more loudly are what the polls tell us about the president of the United States,’ Holmes Norton said at the presser Thursday. ‘The reason he’s going around spreading coronavirus – I’ve never seen such irresponsibility on the part of even an ordinary citizen, much less an elected official – is that his poll numbers are so low that his presidency is so threatened.’

If Trump lost the White House there would be no veto threat as presumptive Democratic nominee Joe Biden tweeted Thursday that ‘DC should be a state. Pass it on.’

Republicans have been averse to giving the city of 706,000 Americans statehood because it would mean giving Holmes Norton, a Democrat, a vote and then there would be two new senators.

In 2016, about 91 per cent of D.C.’s voters selected Democrat Hillary Clinton for president, while just 4 per cent chose President Trump.

With the current demographic makeup of the city, there’d be practically no chance for a Republican senator to be elected from Washington, Douglass Commonwealth.

The District currently has two Democratic ‘shadow’ senators – Paul Strauss and Mike Brown. The city also has a ‘shadow’ representative, which is a different role than that of Holmes Norton, who’s referred to as a ‘non-voting delegate.’

The Democrats’ bill would also move to swiftly repeal the 23rd Amendment to the Constitution, which gives D.C. its Electoral College votes.

The D.C. statehood issue has been made more prominent by Trump’s recent battle with the city’s Mayor Muriel Bowser.

D.C. Mayor Muriel Bowser has also been fighting with President Trump over Twitter, sending out this message Saturday night after he tore into her at his rally in Tulsa, Oklahoma

Trump suggested Bowser’s mismanagement of the city created the chaos in front of LaFayette square on the heels of the death of George Floyd, a black Minneapolis man, by a white police officer.

Dealing with the mass protests in D.C. has become a fraught tug-of-war between the federal and local government – with Trump ordering outside forces in.

And the federal government has more power to overrule the will of city officials because of the District’s unique status.

Bowser made that point at a press conference in mid-June explaining that with state-hood D.C. could refuse National Guard members from other states coming into the city without local official’s consent.

Sans statehood, Bowser has had to use creative means to thumb her nose at Trump.

The morning after protesters were tear gassed on H Street moments before the president posed with a Bible in front of St. John’s church, Bowser had ‘Black Lives Matter’ painted in yellow on 16th Street, which runs in front of the church to the north.

More recently she’s used Twitter to clap back at Trump.

‘I see @AOC and I are living in his head, and apparently there’s a lot of empty room in there … just like tonight’s half empty Tulsa arena,’ Bowser tweeted on Saturday after Trump tore into her at his Oklahoma campaign rally.