Democratic Sen. Bill Nelson has filed a lawsuit seeking an injunction as the Florida recount approaches a new phase where canvassers will examine ballots one by one to determine the intent of voters who turned in incorrectly filled-out or scribbled ballots.

Nelson and the Democratic Senatorial Campaign Committee are seeking a court injunction over the vote-count standards, in a suit filed by election lawyer Marc Elias.

‘Absent relief, scores of eligible Florida voters stand to be disenfranchised, not on the basis of her eligibility to vote or whether she has clearly indicated her choice of candidate, but rather on the basis of arbitrary and unconstitutional standards, in violation of the Fourteenth Amendment to the U.S. Constitution,’ according to the suit.

The lawsuit anticipates the hand-count phase that will begin after a Thursday deadline of a state-mandated machine count of ballots, in a race where there there are currently only 13,000 votes separating Republican Ron DeSantis and the trailing Nelson, out of more than 8 million cast.

The lawsuit also asks a federal judge to push back the deadline for starting the hand-count.

The suit seeks to ensure the counting of ballots cast by voters ‘who clearly indicated their definite choice’ in the Senate race, ‘but may not have done so in the same manner for every race on the ballot or may not have cancelled-out erroneous over-votes using written words, as the State has already confirmed they are eligible and registered to vote and the voter has provided “a clear indication on the ballot that the voter has made a definite choice” under Florida law. 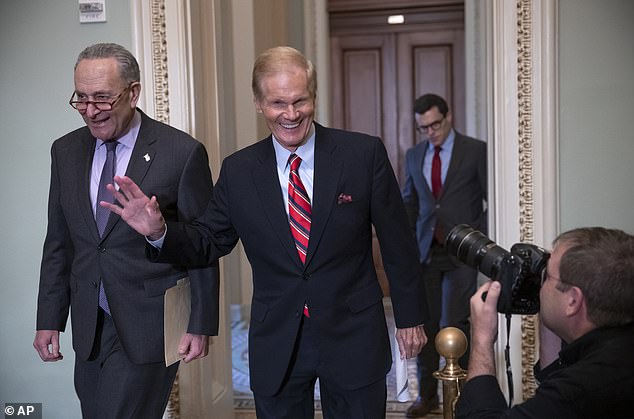 Sen. Bill Nelson, D-Fla., has filed suit over the rules for canvassing during a hand-count of rejected ballots 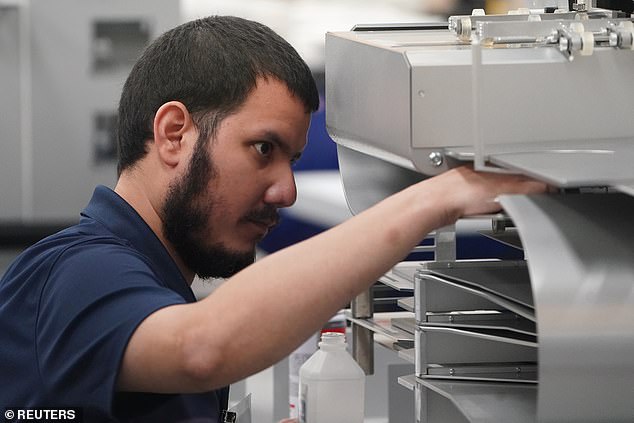 The deadline for a machine count of ballots is Thursday 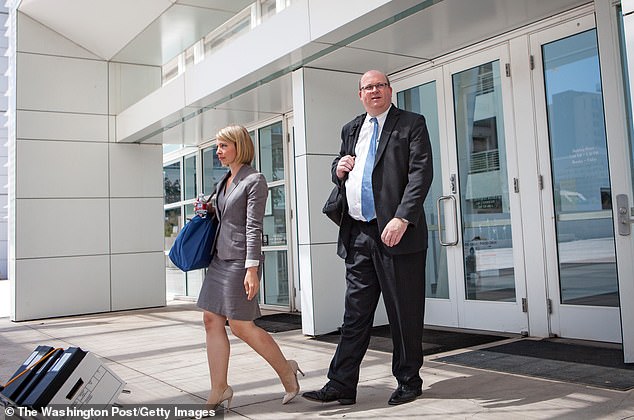 It is aimed at canvassing boards who will charged with going through thousands of ballots that were initially rejected by machines.

‘These voters’ fundamental right to vote and to have their votes counted depends on the application of regulatory standards for determining voter intent—i.e., whether the voter’s ballot contains a clear indication that the voter in fact made a definite choice in the race,’ according to the race.

The suit keeps to seek canvassers from enforcing the ‘consistency requirement’ in a way that would bump ballots. For example, it cites a rule to be applied for a voter who properly fills in two ovals to properly cast a vote – but then circles a candidate for another office.

That vote wouldn’t count even though circling the name of a candidate is ‘otherwise deemed valid,’ due to the so-called consistency requirement.

The vote would be scotched ‘solely because the voter did indicate her preference in the same manner as she did for other races on the same ballot (the “Consistency Requirement”)’ according to the suit. 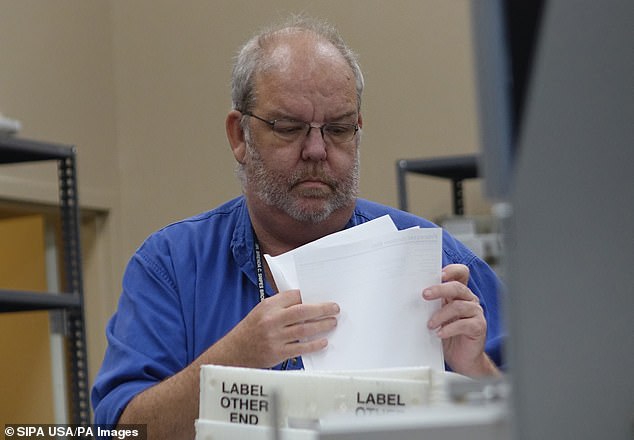 ‘Absent relief, scores of eligible Florida voters stand to be disenfranchised, not on the basis of her eligibility to vote or whether she has clearly indicated her choice of candidate, but rather on the basis of arbitrary and unconstitutional standards, in violation of the Fourteenth Amendment to the U.S. Constitution,’ according to the suit

The suit also seeks relief for cases where a voter ‘erroneously selected more than one candidate and failed to write certain words on the ballot to cancel out her erroneous selection, even if she clearly expressed that intent by crossing out, striking through, and/or scribbling out the erroneous selection.’

The suit also raises the so-called ‘Magic Words Requirement,’ where a voter writes words on a ballot expressing what seems to be clear intent.

This occurs when a voter veers from proper voting procedure but still writes something direct on the ballot, such as ‘not this,’ ‘ignore this,’ ‘don’t want,’ or ‘wrong.’

In these cases, the voter’s ‘definite choice is clearly indicated.’

However, the suit seeks to expand the universe of allowable votes, in such cases where a voter has ‘crossed out with an “X,” stricken through, or scribbled out one choice, and then marked a different choice in one of the ways permitted by Rule 1S-2.027(3)(b) or Rule 1S-2.027(4)(c)(1)-(14), has thereby cast a valid vote,’ according to the suit.

It argues a valid and discernible vote should not be rejected ‘solely because the voter failed to satisfy the Consistency Requirement or Magic Words Requirement imposed by Defendant.’