‘Your failure or refusal to comply with the subpoena shall constitute evidence of bstruction of the House’s impeachment inquiry,’ the chairmen wrote.

They are also seeking testimony from the whistle-blower who revealed the content of the call and other current and former State Department officials referenced in the whistle-blower’s complaint for their probe and impeachment inquiry.

House Democrats subpoenaed Secretary of State Mike Pompeo on Friday afternoon for documents related Donald Trump ‘s call with Ukraine ‘s president the diplomat has not produced. They are also seeking testimony from the whistle-blower who revealed the content of the call and other current and former State Department officials referenced

Schiff revealed Friday that the chairmen plan to call their first witnesses next week.

The Democrat whose committee is taking the lead in investigating the whistle-blower complaint and the associated call did not say which individuals would be called or compelled to testify first.

But the complaint claimed that Brechbuhl was on the call with the president, making him an expected target. 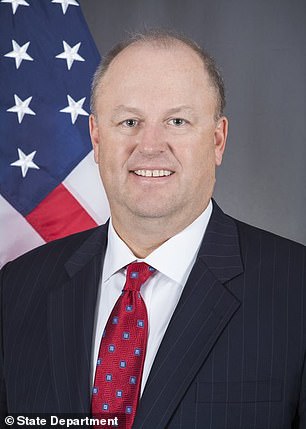 The whistle-blower complaint claims Ulrich Brechbuhl, a deputy to Mike Pompeo at the State Department, was on the call with the president

Volker and Sondland were also named in the whistle-blower complaint. So was Yovanovitch.

The complaint also refers to the president’s personal attorney, Rudy Giuliani, and the United States Attorney General William Barr as having played central roles in the president’s conversation.

Giuliani suggested Friday that he’ll be called to testify soon.

‘Shouldn’t House Dems be calling someone named Biden, before me? I’m the messenger. Are you only a whistleblower if you allege, even falsely or incorrectly, misconduct about a Repub? What if it involves a Dem selling the VP’s office. See a problem? Where’s the Senate or FBI?’ he tweeted.

Trump has claimed that the person who came forward is not technically a whistle-blower and does not qualify for federal protections. He claimed Thursday, in a fury, that the whistle-blower’s source may have committed treason.

‘I want to know who’s the person, who’s the person who gave the whistle-blower the information?’ he told diplomats in New York in leaked comments. ‘Because that’s close to a spy.’ 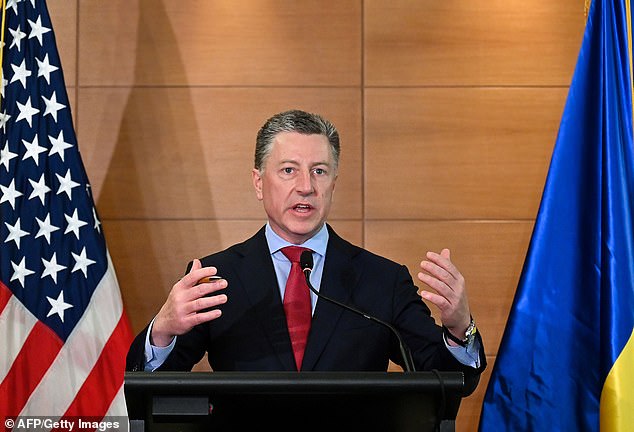 Other Trump administration officials the whistle-blower referenced were Kurt Volker, the U.S. Special Representative for Ukraine, and Gordon Sondland, the U.S. Ambassador to the European Union 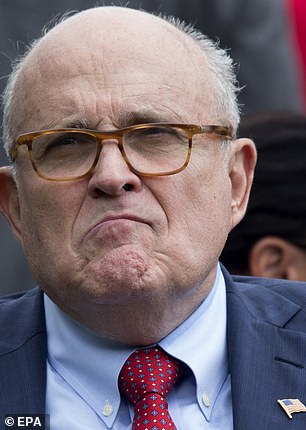 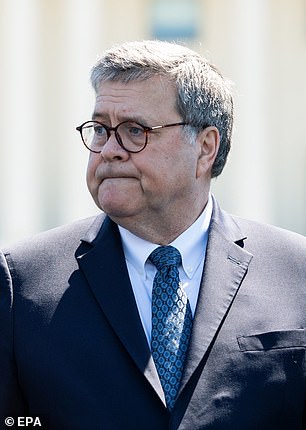 It also names the president’s personal attorney, Rudy Giuliani, and the United States Attorney General William Barr as central figures in the conversation

In the Thursday statement, the committee chairs warned Trump not to interfere.

‘President Trump is fully aware that our Committees are seeking testimony from this whistleblower and others referenced in the whistleblower’s complaint released today as part of the House’s impeachment inquiry, and our nation’s laws prohibit efforts to discourage, intimidate, or otherwise pressure a witness not to provide testimony to Congress,’ they wrote.

They said that anyone ‘with knowledge relevant to the Committees’ investigation’ cannot be subjected to reprisal.

‘The President’s comments today constitute reprehensible witness intimidation and an attempt to obstruct Congress’ impeachment inquiry,’ they said. ‘Threats of violence from the leader of our country have a chilling effect on the entire whistleblower process, with grave consequences for our democracy and national security.’

Schiff said in a Tuesday tweet that the whistle-blower had been in touch with his committee would like to be deposed.

‘We have been informed by the whistleblower’s counsel that their client would like to speak to our committee and has requested guidance from the Acting DNI as to how to do so. We‘re in touch with counsel and look forward to the whistleblower’s testimony as soon as this week,’ he stated.

Congress is out of session after Friday but the committee heads are steaming ahead.

Six committees are working on the impeachment ‘inquiry’ that House Speaker Nancy Pelosi announced on Tuesday before the whistle-blower complaint and a rough transcript of Trump’s call with Ukrainian President Volodymyr Zelensky were released to the public.

The Democratic representatives who chair the committees have been formally investigating Trump since their party came to power earlier this year and already battling the administration in court on several fronts.

Their investigations now feed into the informal impeachment probe that has not officially been approved by the House.

Ways and Means has been seeking Trump’s taxes to review them for conflicts of interest between the presidency and his private business.

The Financial Services committee is also dealing with taxes, specifically the records that Deutsche Bank holds.

Schiff’s committee is reviewing the Ukraine call and Vol. 1 of Special Counsel Robert Mueller’s report. That section deals with alleged collusion between the Trump campaign and Russia and Russian election meddling in 2016.

Judiciary is handling the second volume, which deals with obstruction, other aspects of the claim that the president is violating the Emoluments Clause.

Cummings and other Oversight Democrats are leading the probes into whether Trump violated federal statues that prohibit him from profiting off the presidency.

Schiff is not technically leading the impeachment inquiry, although his committee is running point on the whistle-blower call, because it involves a CIA operative and other potentially-classified intelligence.