Democrats try to retake Illinois district won over by…

CARBONDALE, Ill. (AP) – Democrat Brendan Kelly listened as the people crowded inside a Southern Illinois University conference room talked about how trouble at the Carbondale campus has brought trouble for the whole region.

Decreasing enrollment means jobs aren’t filled when employees quit or retire. A local furniture store that used to sell a truckload of mattresses to college students from its parking lot each August hasn’t come close to that level of sales in years. A four-lane highway between St. Louis and Carbondale that people have been saying for a generation would attract more students has yet to be built.

Kelly, a prosecutor and Navy veteran, is trying to retake a House seat that Democrats held for more than 30 years before Republican state Rep. Mike Bost won it in 2014. Two years later the working-class corner of the state – home to steelworkers and a once-thriving coal industry – supported Donald Trump by 15 percentage points after twice backing Barack Obama for president.

How Kelly and Democrats running in other largely rural, blue collar districts fare in November could determine whether the party wins the 23 seats it needs to take control of the House next month. It could also signal whether the Democrats have any hope of winning back those voters in 2020.

“The issues are not left versus right. The issues here are up versus down,” he says.

And Southern Illinois is still very much down. The district has a median household income of just under $50,000, and one-quarter of children live in poverty, according to the U.S. Census Bureau.

The race has seen millions in outside spending from both sides, as well as attention from the president. Trump, who held an August rally with steelworkers in the district, will return Saturday to campaign with Bost in Murphysboro, the congressman’s hometown just west of Carbondale.

Bost, a union firefighter and grandson of a coal miner, says his election and Trump’s appeal in the area are a continuation of something that’s been happening slowly over the past few decades.

When he was elected to the state Legislature in 1994, his was the most Democratic district in the state to elect a Republican to the Statehouse. Today, most of southern Illinois’ legislators, as well as many local elected officials, are Republicans.

The reason, he says, is that people in southern Illinois voted Democratic when they believed the party represented working men and women. Many oppose abortion rights and support gun rights. Now they see Democrats putting job-killing regulations on the coal industry and talking about abolishing Immigration and Customs Enforcement.

“When you used to ask them why they were Democrats they said, ‘Because Mom and Dad told me I was,’ or ‘My union told me I needed to be,'” Bost says. “That has come to the point where they hear what’s happening on the national level and the state level, and they hear the ideas the Democrats are putting forward, and it doesn’t fit the mold of what their mom and dad’s Democrat party was.”

Take Carol Green, who owns a Murphysboro antiques and collectibles store with her husband. She was raised in a family that always voted Democratic, and she did, too, because her father was a union ironworker and “the party supported the unions.”

“I’ve often wondered what he would think if he was still alive,” said Green, 70, who last voted for a Democrat for president in 1992. She and her husband say Democrats now seem more interested in taking money from working people to give to others. While she voted for longtime Democratic Rep. Jerry Costello until he left office in 2013, she’s backed Bost since then, and plans to do so again this year.

But Democrats also see signs that give them hope. Voters here backed Democrat Tammy Duckworth for Senate over incumbent GOP Sen. Mark Kirk in 2016, even as they overwhelmingly supported Trump. Kelly is seen as a strong candidate, one Democrats have tried to recruit for several election cycles because of his local roots and background as a veteran and prosecutor.

He’s getting some help from Democratic Rep. Cheri Bustos, whose western Illinois district supported Trump even as she won re-election by a roughly 20-point margin. Bustos is now overseeing “heartland engagement” for the Democratic Congressional Campaign Committee, working with candidates in the Midwest, as well as West Virginia and Pennsylvania, to flip GOP districts that resemble her own.

She acknowledges the party hasn’t done what it needs to in areas like these, where most towns might have no more than 1,000 residents.

“There are many Democrats who decided to write off those towns and the people in those towns,” Bustos said. “And that is a big, big mistake. The Democrats running this cycle are not letting that happen.”

Many of the issues they’re talking about are similar to other Democrats, such as how to reduce the cost of health care and ensure people with pre-existing conditions have insurance. There also are issues more specific to these mostly rural areas, such as improving infrastructure.

Kelly is campaigning on what he calls his “Save Southern Illinois” plan, which touches on everything from improving bridges and water mains – a broken pipe left thousands of people in nine counties without water last year – to helping institutions like Southern Illinois University. He notes that in some towns, the police headquarters were built during Franklin D. Roosevelt’s administration. At one, sewage has leaked into the evidence room.

He’s been in St. Clair County, the urban area east of St. Louis where he’s state’s attorney, as well as towns like Ina – population 881. What he’s heard has been consistent: The stock market may be doing well, but voters aren’t reaping the benefits.

“It’s just that the people at the top are doing really, really well, but it’s not trickling down here.”

Sign up for “Politics in Focus,” a weekly newsletter showcasing the AP’s best political reporting from around the country leading up to the midterm elections: https://bit.ly/2ICEr3D 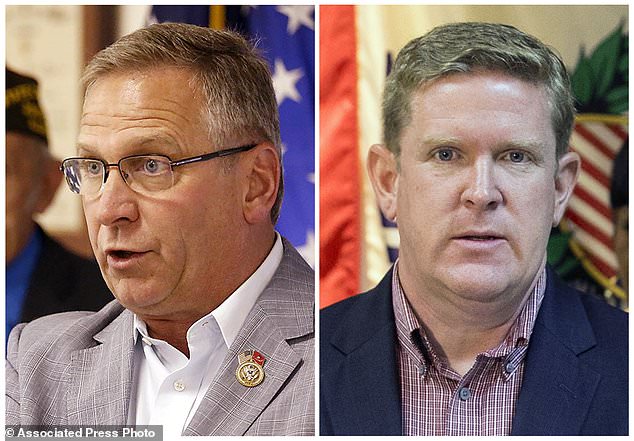 This combination of photos shows the candidates for Illinois’ 12th District seat in the November 2018 election from left. incumbent GOP Rep. Mike Post, of Murphysboro, and Democrat Brendan Kelly, of Swansea. (Belleville News-Democrat via AP) 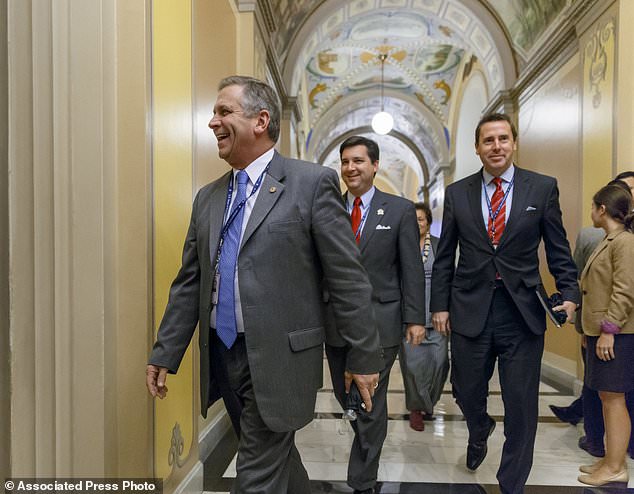 FILE – In this Nov. 17, 2017 file photo,Rep.-elect Mike Bost, R-Ill. left, leaves an orientation luncheon for newly-elected GOP members of the House, on Capitol Hill in Washington. Democrat Brendan Kelly is trying to retake a Southern Illinois House seat that Democrats held for more than 30 years before Bost won it in 2014 (AP Photo/J. Scott Applewhite File) 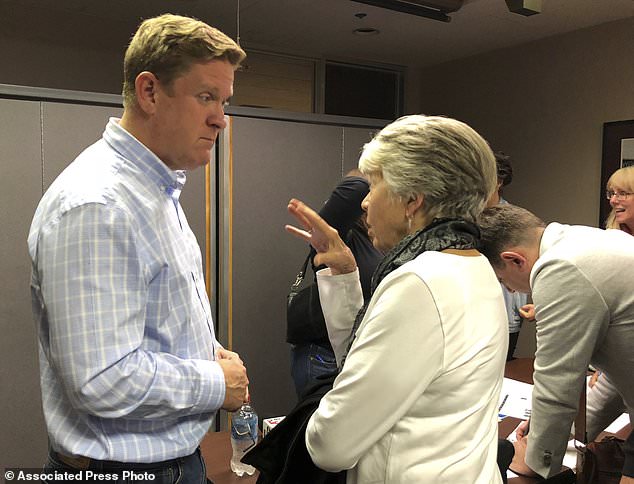 In this Oct. 25, 2018 photo, Brendan Kelly, Democratic candidate for Illinois’ 12th congressional district, speaks with a voter at a town hall at Southern Illinois University in Carbondale, Ill. Kelly is trying to retake a Southern Illinois House seat that Democrats held for more than 30 years before Republican Mike Bost won it in 2014. (AP Photo/Sara Burnett) 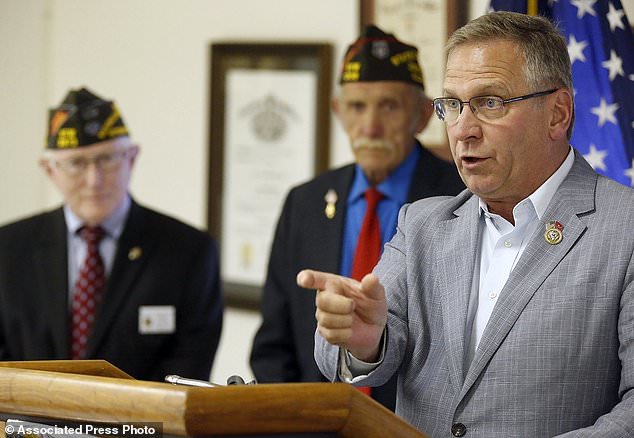 In this May 29, 2017 photo, Republican U.S. Rep. Mike Bost speaks to veterans at VFW Post 4183 in Belleville, Ill. Democrat Brendan Kelly is trying to retake a Southern Illinois House seat that Democrats held for more than 30 years before Bost won it in 2014. (Steve Nagy/Belleville News-Democrat, via AP)