Supporters of the Denver police force clashed with a much larger anti-police protest in the city on Sunday, with marchers left bloodied and brawling in the streets.

Randy Corporon, an attorney who organized the ‘Back the Blue’ pro-police march, said Sunday that Denver Police Chief Paul Pazen asked him to reschedule or move the pro-police rally, expressing concern that police officers would be put in harm’s way by the event.

‘He was agitated that we’re going to get his officers hurt,’ Corporon said before the event.

‘My response to him was that he should allow his officers to do their job and if people are down there breaking the law, to stop them.

‘Because they’ll have nothing to fear from us.’

The crowd had gathered at the Civic Center park, congregating in the amphitheater.

The protesters banged drums, blew whistles, clanged pots, clapped and shouted obscenities to drown out the pro-police rally, The Denver Post reported, where a band had been playing music to a small ‘Back the Blue’ crowd.

Scuffles broke out among individuals on both sides. 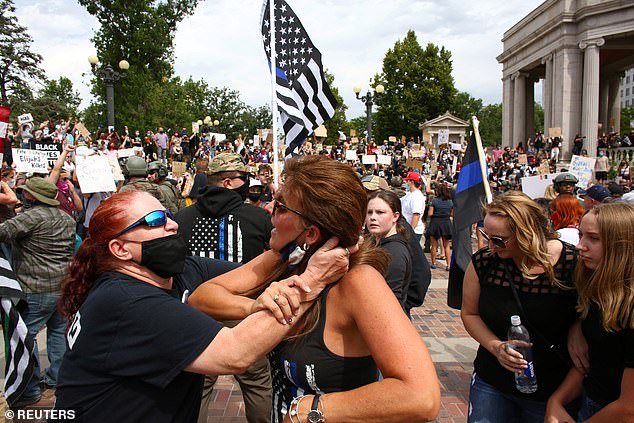 Two women were seen brawling at the rally, which police asked be canceled or postponed

Law enforcement officers attempted to form a line around the two groups, but could not completely separate them.

Footage on social media showed the melee, with one black-clothed woman pulling out a retractable baton to confront pro-police demonstrators.

After about an hour, most of the pro-police demonstrators left the plaza, and police also began to retreat, the paper reported.

The anti-police protesters followed officers as they retreated and at least one officer fired pepper spray into the crowd of protesters. 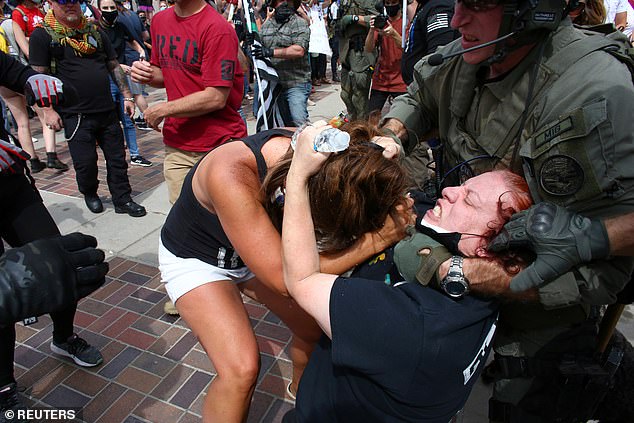 Police intervened to separate the two women, who were pulling each others’ hair in the scrum 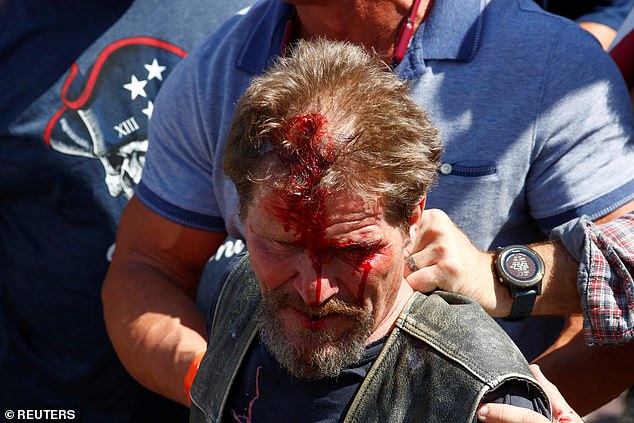 ‘We had two pepper ball deployments and one hand-held fog device deployment, and we made one arrest for assault,’ said Tyrone Campbell, Denver police spokesman.

‘We have a policy that dictates when and how those tools are used. And we have supervisors on scene to make sure there’s a reasonable reason for those devices to be utilized.

‘And any time we use any of this stuff, there will be a review. It seems as if they were used in an appropriate fashion.

‘Our goal is to make sure everybody has the ability to exercise their First Amendment rights. Those tools are used only if there is some sort of disruption or threat to safety.’ 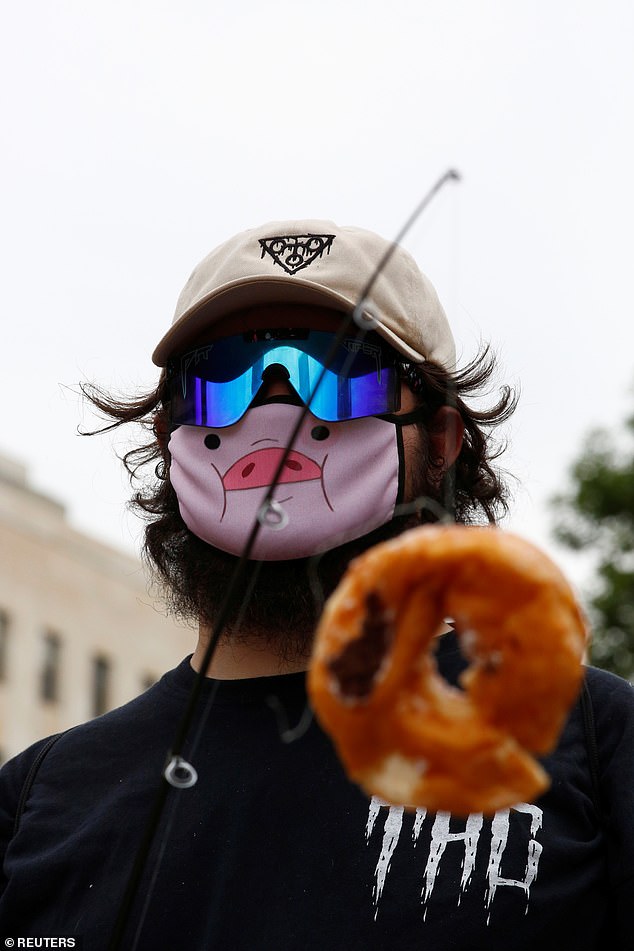 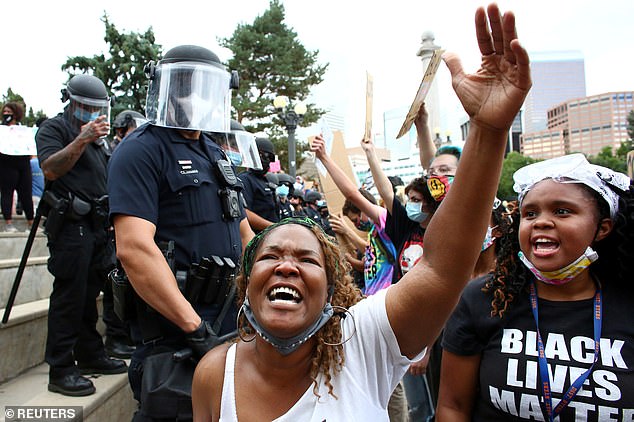 Denver police spokesman Campbell confirmed that police had been in touch with rally organizers about the event beforehand.

‘I think the conversation was such that said: “We appreciate it, but if you’re doing it on our behalf, we don’t want you to do that. We absolutely appreciate the sentiment, we know there is public support. But in the event you are doing it to exercise your First Amendment right, then by all means we’ll make sure you have the space to do that,”‘ he said.

Corporon said the rally organizers decided not to move or reschedule the event, in part because it’s happened annually in Civic Center Park for five years.

‘We’re exercising our constitutional right to peacefully assemble, and we have no intention of giving up that ground to these domestic terrorists,’ Corporon said, referring to the counter-protesters.

He added that he believes Pazen doesn’t support his own officers.

‘This chief of police is the guy who walked hand-in-hand with Black Lives Matter,’ he said. 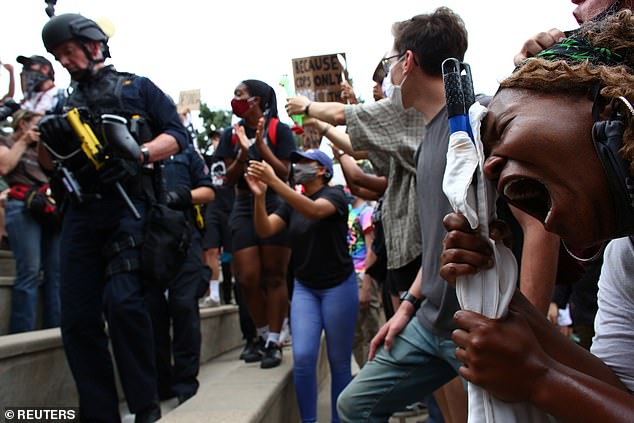 Police tried in vain to separate the two sides, before they beat a retreat, pepper spraying them

Lillian House, an organizer for the Party of Socialism and Liberation, said they planned the counter-protest because a celebration of police is ‘unacceptable.’

‘It’s just all around out of touch with the struggles people are facing,’ she told the paper.