The Deni Ute Muster festival has kicked off in high gear on the edge of the outback – and that’s before it even officially starts.

The two-day party of live music, booze and, above all, utes, is being held on Friday and Saturday, but a large crowd has already started building on Thursday night in Deniliquin, NSW.

Mullet haircuts, burnouts and cans of Bundaberg Rum are just the start of the fun with the uniquely Aussie event dubbed the nation’s wildest festival.

Around 20,000 people are expected over the next couple of days to celebrate all things Australian, especially the Australian icon that is the beloved utility vehicle.

Mark Williscroft poses for a photo his ute during the annual Deniliquin Ute Muster, in Deniliquin, NSW, Thursday, September 29, 2022. The muster celebrates all things Australian, the icon of the Ute and this man’s mullet 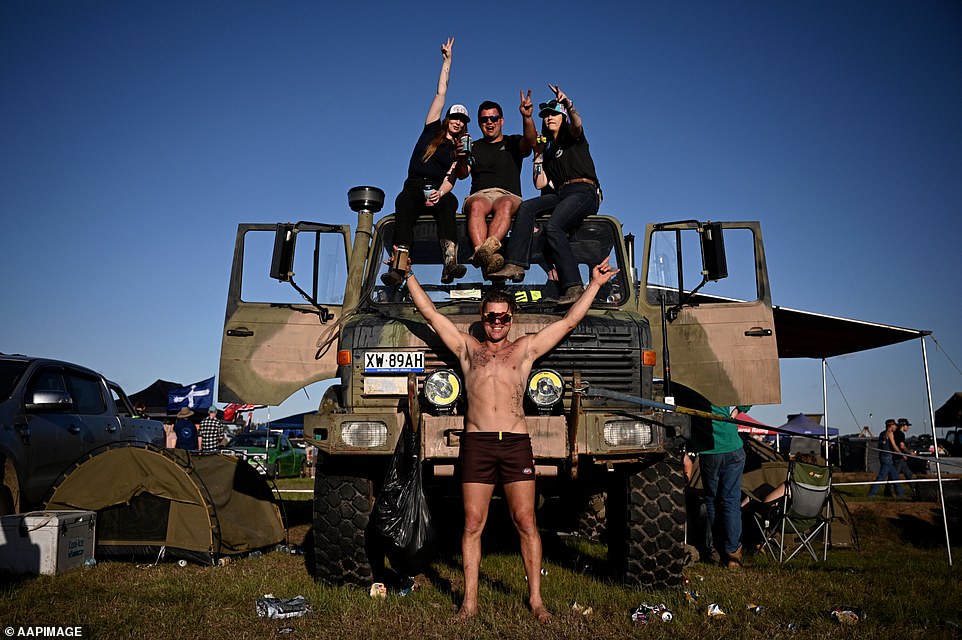 Participants take part in the annual Deniliquin Ute Muster on Thursday, September 29, 2022 with their enormous truck 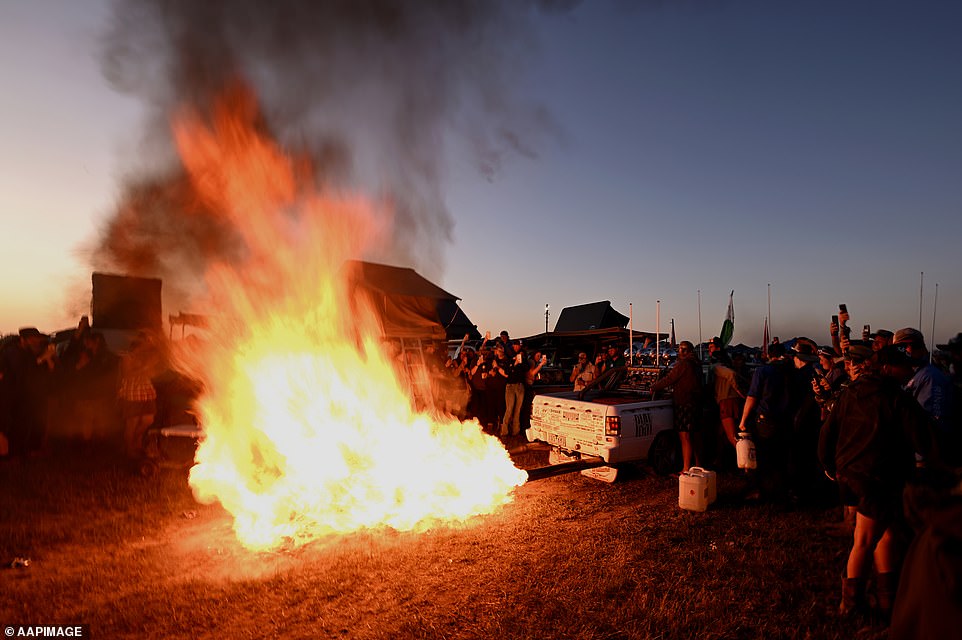 Revellers are pictured at the annual Deniliquin Ute Muster, in Deniliquin, NSW, Thursday, September 29, 2022. Fires are almost as popular as cans of Bundy at the Muster 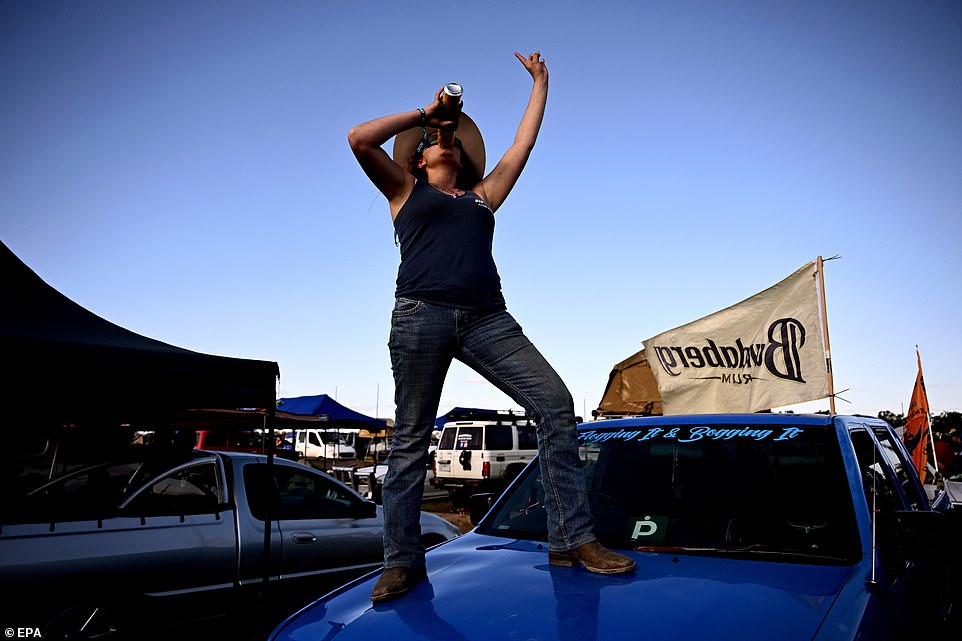 There are ute driving competitions, the Australian National Circle Work Championships, the show and shine arena and bull riding.

The festival, which started in 1999 when the area was struggling with a crippling drought, remains a truly community event. 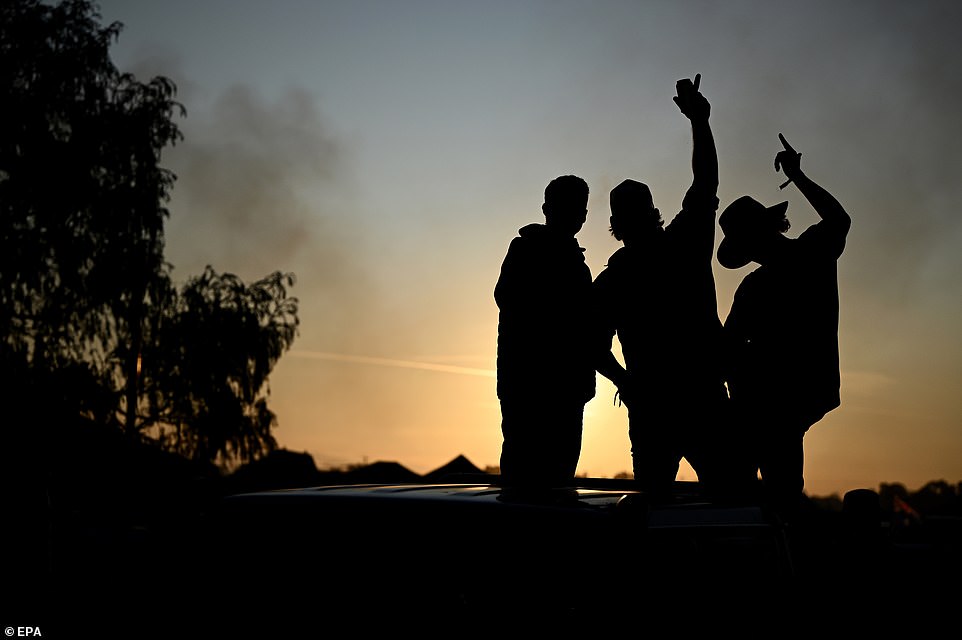 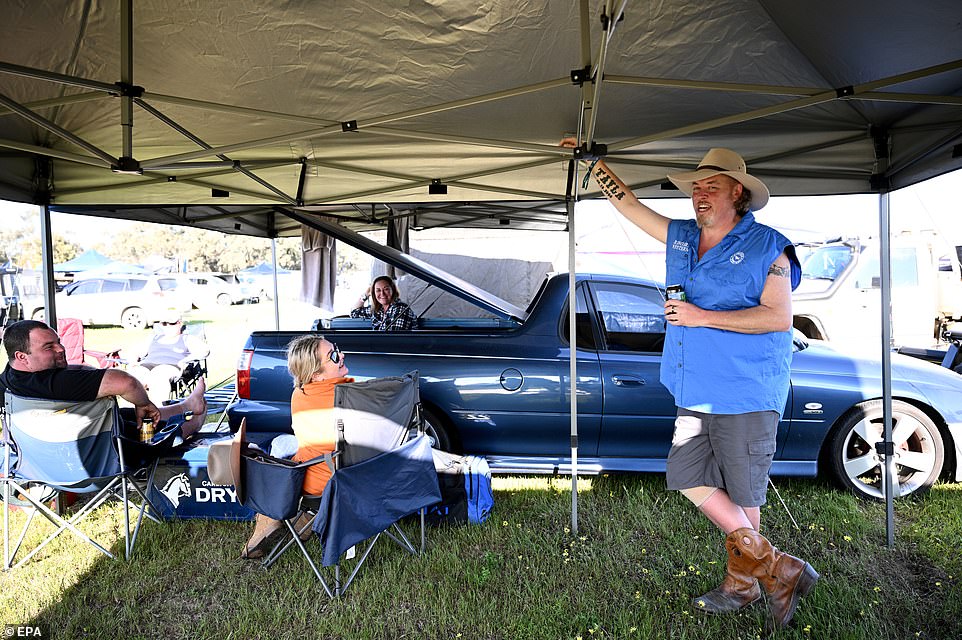 A clean ute, beer and friends make for a good start to the Deniliquin Ute Muster 2022 festival on September 29 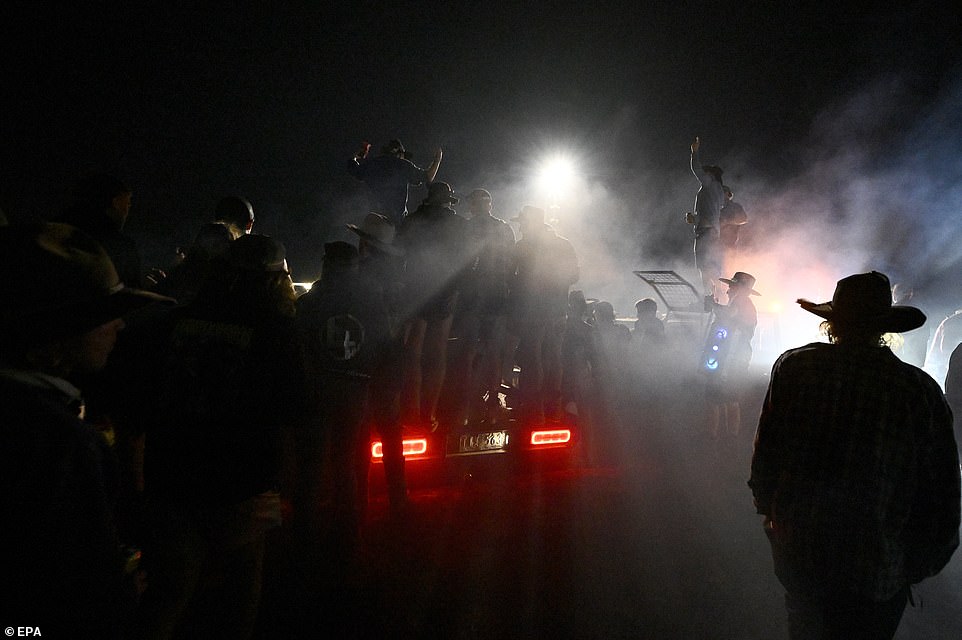 Very often at the Deniliquin Ute Muster festival, the real fun starts after dark, even if it’s on Thursday and the festival doesn’t officially start until the Friday 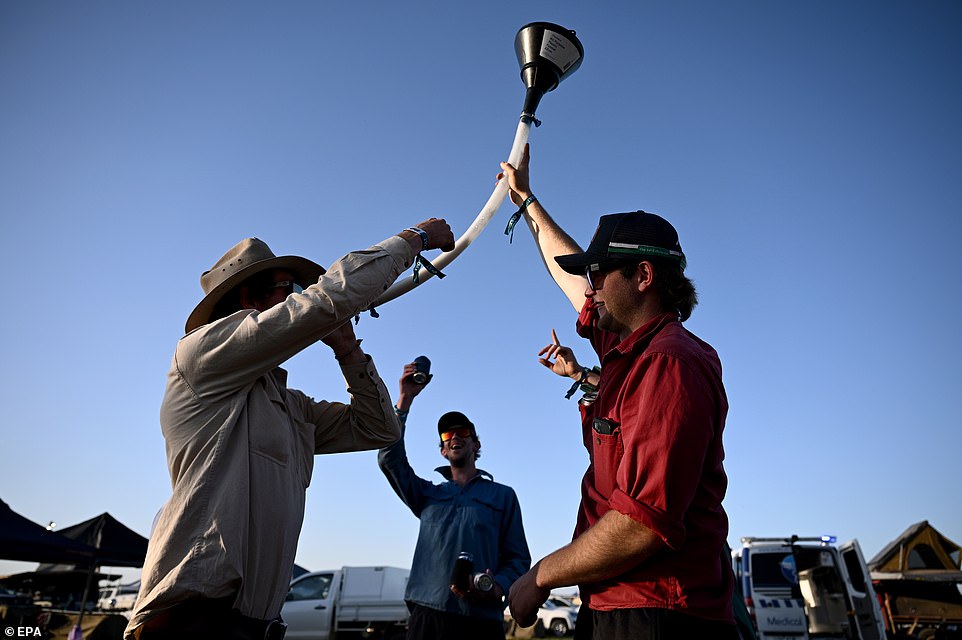 The Deniliquin Ute Muster festival started as a way of paying tribute to the Aussie legend that is the ute, but alcohol plays a big part in the fun too

Each year, around 1,200 volunteers mobilise to help put on the event and after each muster, around $100,000 is donated back to community groups.

With 20,000 people arriving into a town with a population of around 8,000, the Murray River Police District has urged drivers to take care on the way there.

Detective Sergeant Monica Barham said a festival of this size needs a lot of planning for safety.

‘It’s a big event for us. The planning and preparation starts month in advance,’ she told The Riverina Herald.

‘We work closely with organisers of the event to co-ordinate a safe police operation.’ 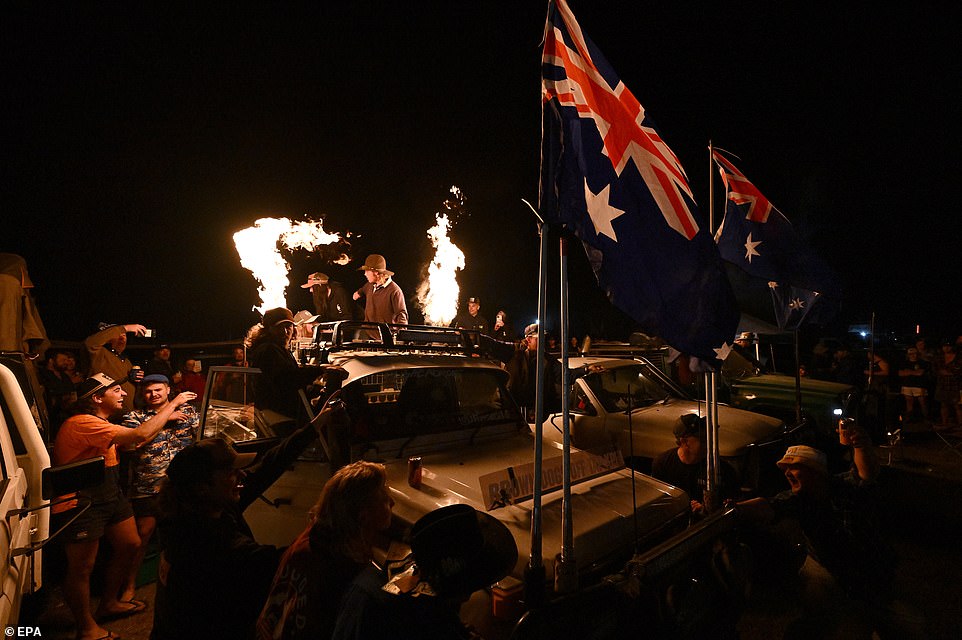 Fire, friends, utes and Australian flags are the order of the night at the Deniliquin Ute Muster festival in New South Wales 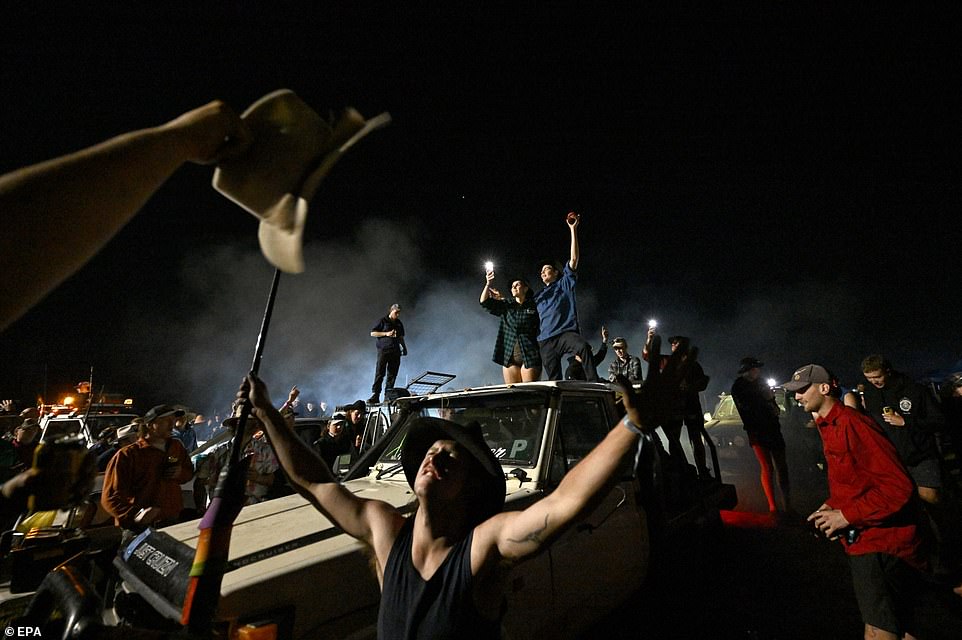 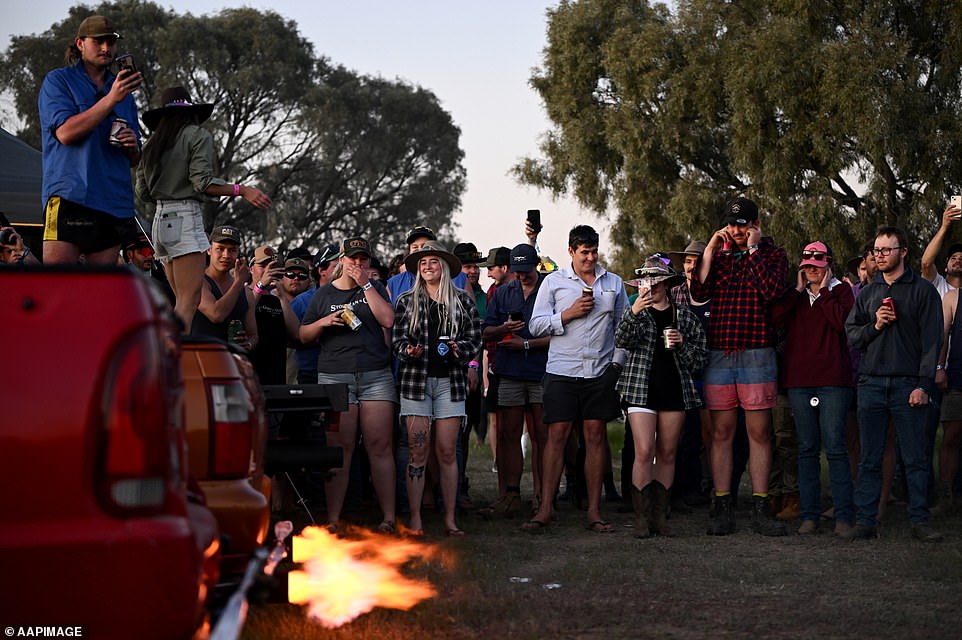 Judging from the number of people holding their hands over their ears, something very loud has just happened as this picture was taken 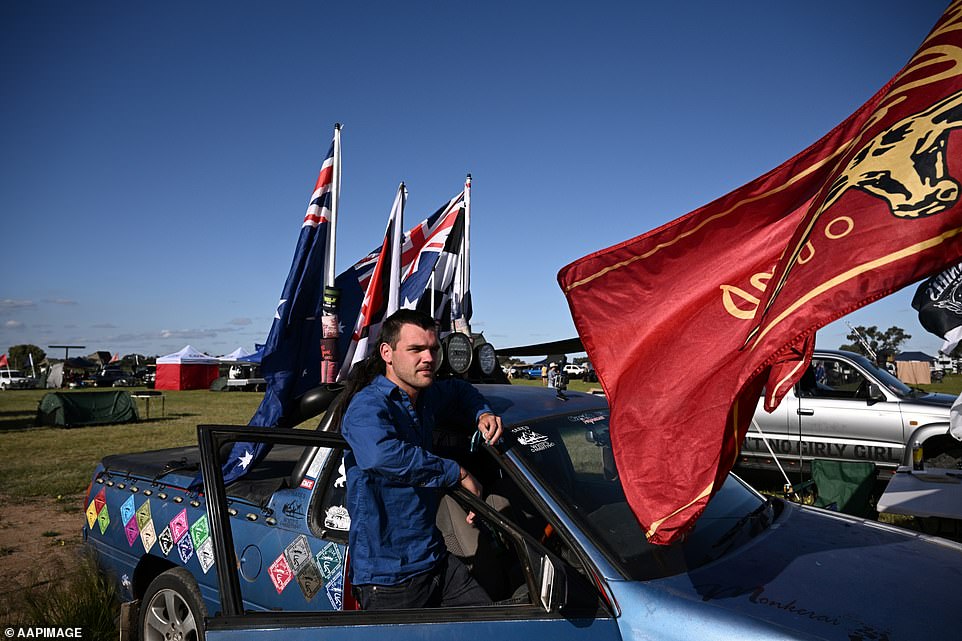 Mark Williscroft’s mullet and ute are both so exquisite, they need to feature in another photo from the Deniliquin Ute Muster 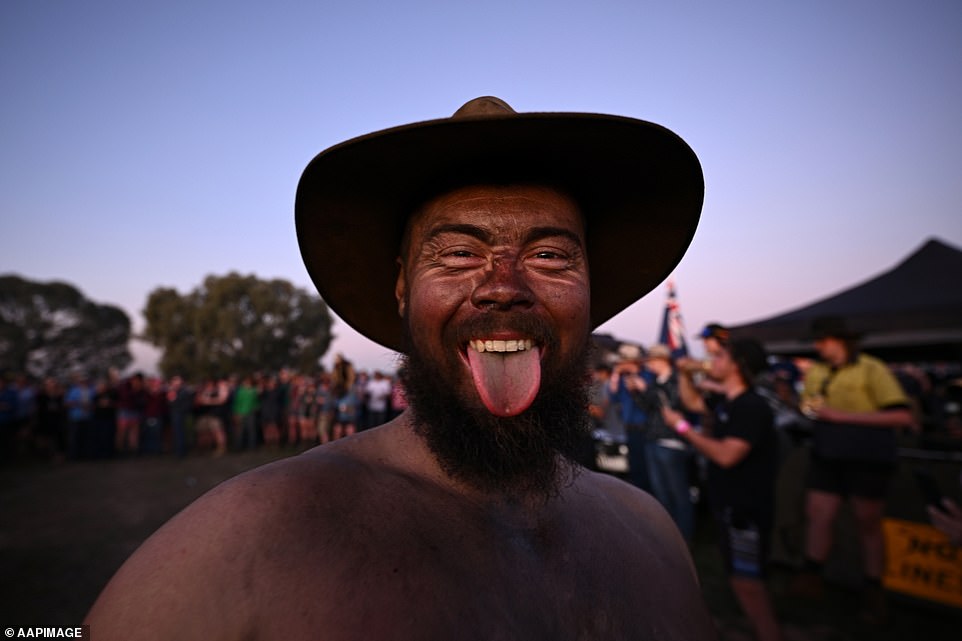 While mullets are very popular at the annual Deniliquin Ute Muster festival, this man shows that beards will always find a home there too

‘All we’re hoping for is that attendees are safe, that we have no major incidents and that everyone can get back to enjoying the spirit of the Deni Ute Muster,’ she said.

As well as knowing how to have fun, the Deni Ute Muster is also well known for breaking unusual records, and many are keen to see what might interest the Guinness Book of Records this year.

The strangest record it holds is for the most people wearing a blue singlet gathered in one place, with 3,924 counted in 2013.

Given the amount of people looking to let their hair down after the lock downs, though, the record broken this year might be the most empty beer cans ever gathered in one place. 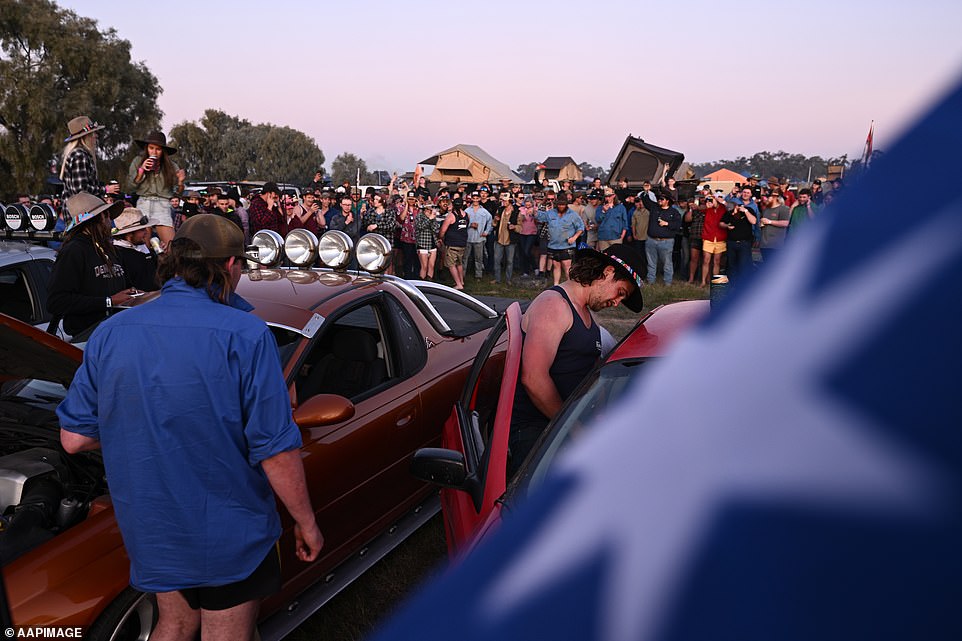 Around 20,000 people are expected for the 2022 edition of the Deniliquin Ute Muster, with many arriving on Thursday, such as those pictured 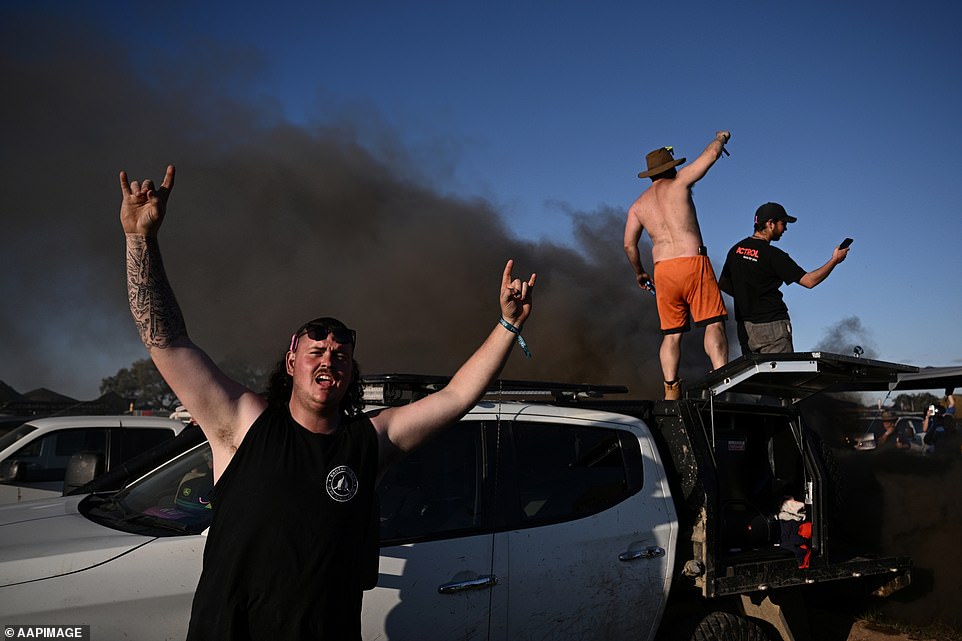 The Deniliquin Ute Muster festival has not even officially started, but his man is already entering strongly into the spirit of things 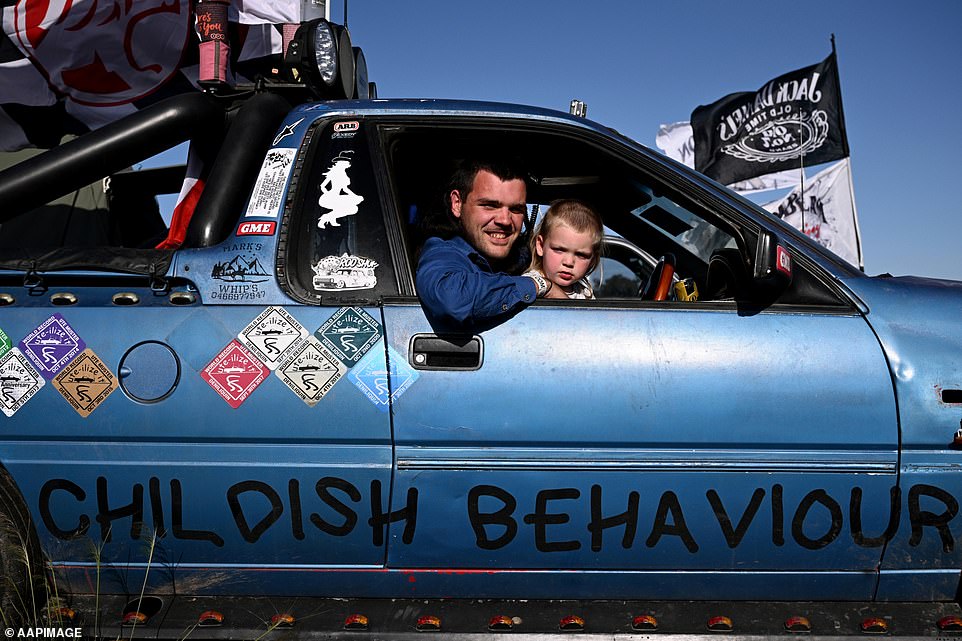 Mark Williscroft gets featured for a third time, this time with his two-year old son Logan, who also has a very fine mullet, just like his dad 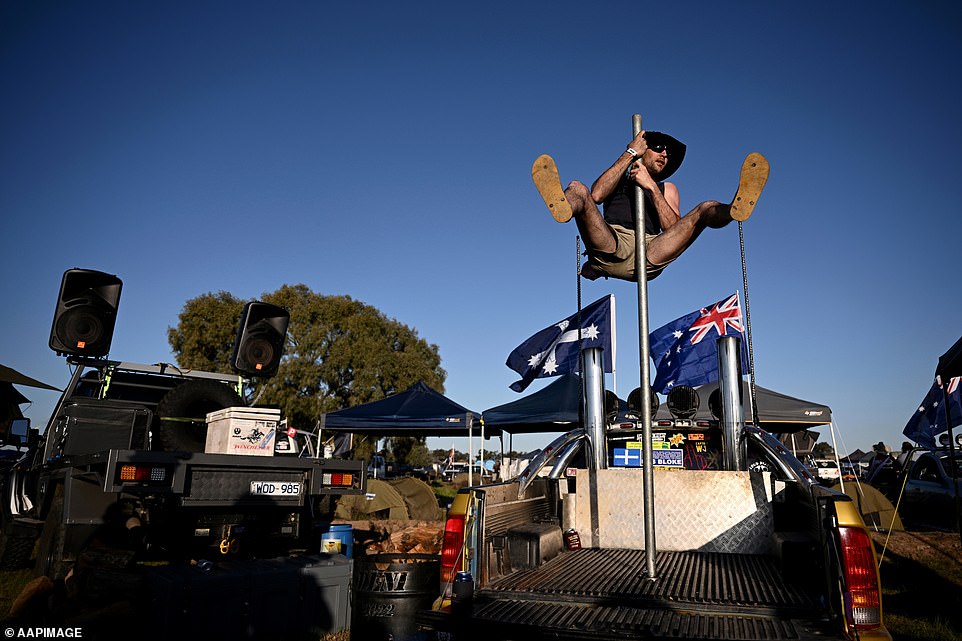 It’s not surprising that poll dancing might play a part in the Deniliquin Ute Muster, but maybe having a man do the dancing is a little bit unusual 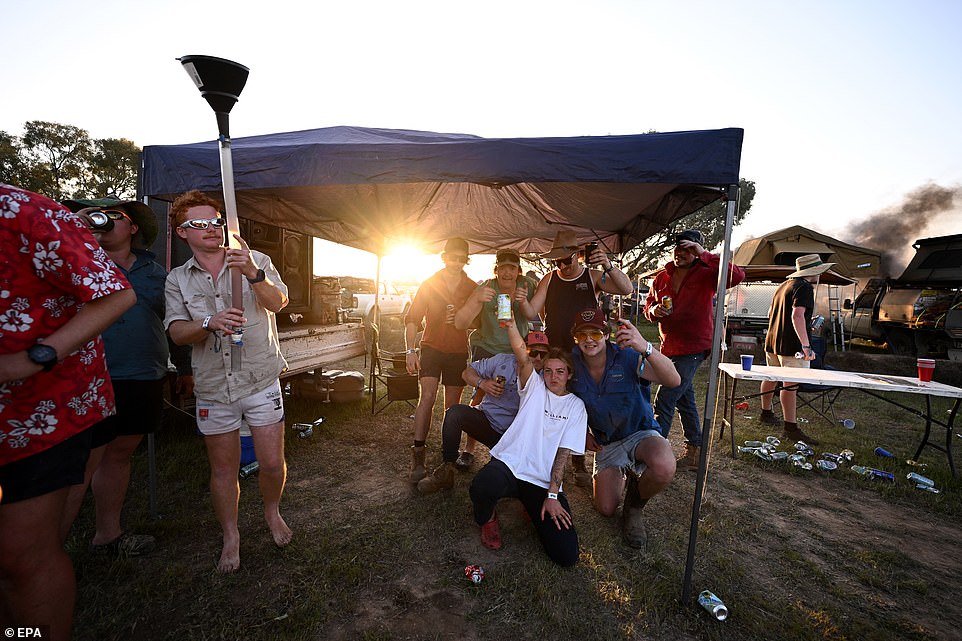 Say cheers, everyone: These revellers have already built up a sizeable collection of empty beers cans, and there is a lot of partying to do yet 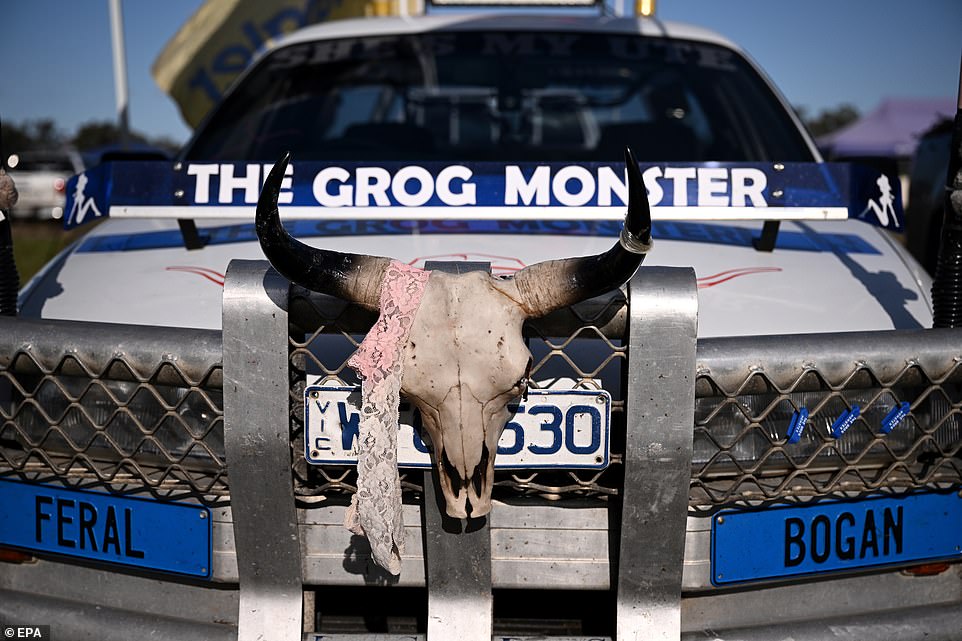 Saving the best till last, this is almost certainly the finest ute at this year’s Deniliquin Ute Muster. But we’ll see. There are still two days of solid fun to come