Radio host Kyle Sandilands has come to the defence of ex-Sony boss Denis Handlin, once considered the most powerful man in Australian music, after former and current employees alleged a culture of ‘intimidation and abuse’ on ABC’s Four Corners.

As Sony Australia’s chairman for 37 years, Mr Handlin helped launch the careers of some of Australia’s biggest stars, including the likes of Delta Goodrem and Jessica Mauboy, until he suddenly left the company in June.

There is no suggestion his departure was related to the allegations.

‘What a waste off life, watching that,’ Kyle Sandilands told listeners on the Kyle and Jackie O show about the Four Corners program on Denis Handlin 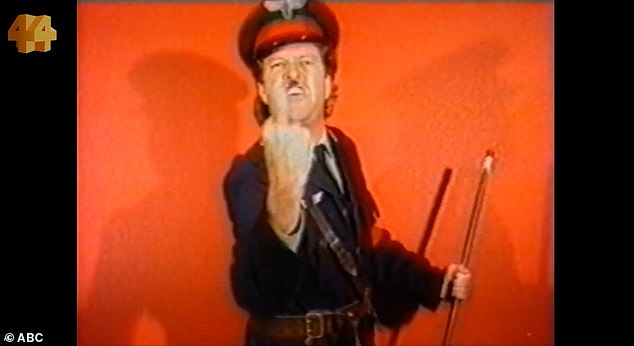 On one occasion Mr Handlin dressed up as Adolf Hitler (above) in an eight-minute skit for employees, a video obtained by Four Corners showed

A number of former staff lined up to air allegations against Mr Handlin on the program, including ex-Sony employee Eleanor Mackay and his former chauffeur.

But on Kyle and Jackie O on Tuesday morning, Sandilands rubbished the seriousness of the claims.

‘What a waste of life, watching that. So the guy was a bit of a grog monster and yelled in the ’80s,’ Sandilands said of the allegations.

‘There was some chauffeur on from back in the late ’80s – ‘oh, he threw a phone at me once and said the F-word when I didn’t have money for a Harry’s pie!’

Sandilands said he kept waiting to find out what Mr Handlin was alleged to have done.

‘There was this secretary from the ’80s [saying] ‘he was the most repulsive man.’

‘Oh yeah, no argument there but what did he do? ‘He’d belittle people.’

‘So what, big deal. The angry boss that screamed and belittled people. Get over it.’ 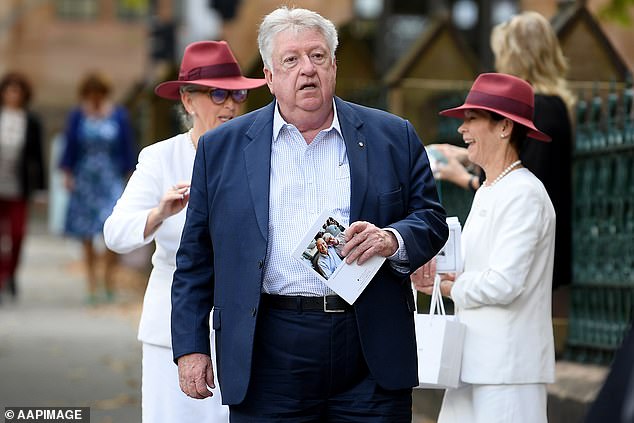 The most powerful man in Australian music, former Sony boss Denis Handlin (pictured), was at the helm of the company when it had a ‘toxic’ culture, some former staff have claimed

On one occasion Mr Handlin dressed up as Adolf Hitler in an eight-minute skit for employees, a video obtained by ABC shows, in a parody of Mel Brooks’ 1983 hit The Hitler Rap.

In a statement provided to the ABC Mr Handlin said he ‘would never tolerate’ sexism or abuse in the workplace.

‘I have always provided support and encouragement to women in the industry and personally championed diversity.

‘I would never tolerate treating women in an inappropriate or discriminatory manner.

‘At any time I was made aware of this sort of behaviour I took action to ensure that it was stopped and didn’t occur again.’

Mr Handlin, 70, was one of the most influential figures in the industry, signing bands and stars including Delta Goodrem, Jessica Mauboy and Gang of Youths. 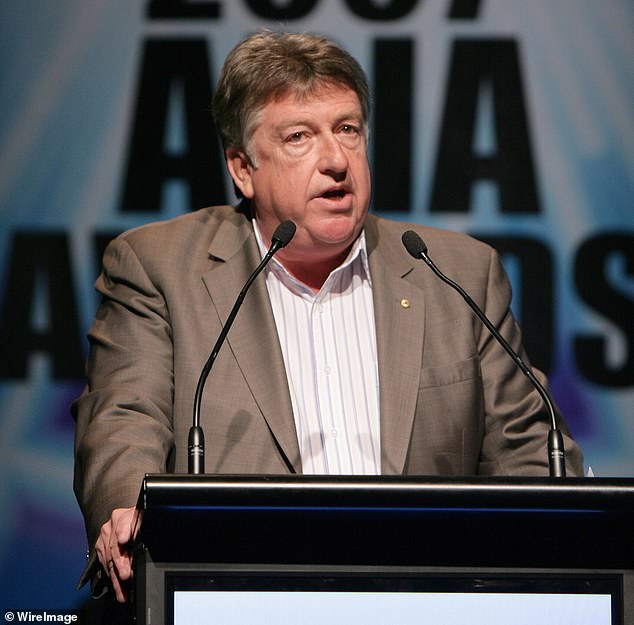 Born in Brisbane, Mr Handlin’s first job with the company was working in the mailroom at Australian Record Company in 1970 before it was renamed Sony Music.

In 1984, he impressed global chiefs enough to be made Australian managing director and chief executive before being handed the role of chairman in 1996.

‘I don’t think anywhere else in the world you would have a CEO of a music company with that much power,’ one former Sony employee from the 2000s told the show. 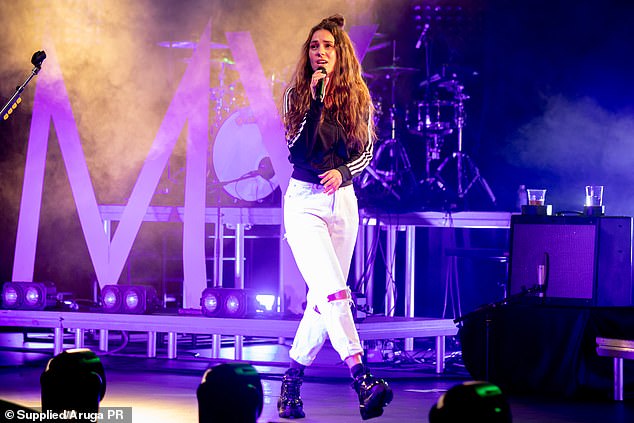 ‘It’s always been a massive story that has been waiting to come out, and could never come out while Denis was still at the helm, because people were so scared.

‘There was a sense that he was untouchable.’

Another Sony executive from the 1990s said staff worked in fear at the Sydney HQ.

‘I felt targeted, I felt manipulated, and I certainly felt abused. There’s only so much you can put up with,’ said one.

‘I think a lot of people feel fear when they hear that name,’ another former staffer who worked at Sony in the last decade told Four Corners. 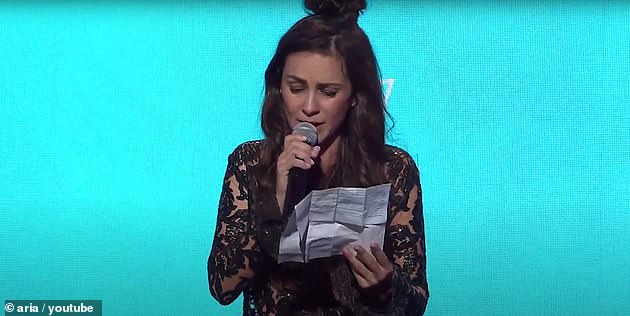 Amy Shark (pictured) missed out thanking him in one of her three Aria speeches that night, reportedly causing him to storm out the ceremony

Mr Handlin’s former right-hand man Alan Terrey said he refused to ‘got to my grave without telling my story’, recalling a time the former CEO allegedly fired a 10-year receptionist in hopes of hiring a younger woman.

‘Now, I want you to fire her,’ Mr Terrey said Mr Handlin told him.

He then claims Mr Handlin said he wanted a younger woman working at the front desk.

However stars were quick to sing his praises whenever they were in the spotlight.

Singer Amy Shark repeatedly hailed her record company boss when picking up awards like her multiple Aria gongs in 2018.

‘Denis Handlin and my incredible crew at Sony – I wouldn’t have a career without you,’ said Ms Shark at the time.

But she missed out thanking him in one of her three speeches that night, reportedly causing him to storm out of the ceremony.

Shark was allegedly made to apologise to him in person and publicly on Twitter the following day.

Other staff in the company claimed a toxic culture was ‘the norm’.

But many were shocked when Mr Handlin left the company in June.

‘I was stunned actually,’ one veteran Sony executive told the show. 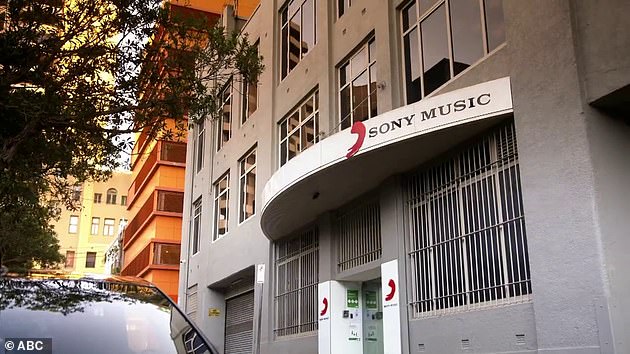 Former staff have come forward to speak out about the culture at Sony Music while Denis Handlin was in charge (pictured, Sony Music’s Sydney HQ)