She recently called him ‘The One’ after they managed to get through lockdown without arguing.

And Denise Van Outen looked as loved-up as ever as she stepped out hand-in-hand with her long-term beau Eddie Boxshall, 47, on Saturday.

The West End star, 49, exuded glamour in a black mini dress which barely contained her assets as she left her Cabaret All Stars show at London’s Proud Embankment.

Wow!  Denise Van Outen looked sensational as she stepped out hand-in-hand with her long-term beau Eddie Boxshall, 47, after her Cabaret All Stars show in London on Saturday

Denise rocked the tiny frock which boasted a stylish leopard print pattern and slinky sleeves which rested over her toned arms.

The beauty added some extra height to her frame with a pair of black heels and kept her accessories to a minimum only donning a pair of simple sparkling earrings.

She wore her platinum locks perfectly curled after the show and added a slick of red lipstick to up the glam even further.

While Eddie cut a dapper figure in white trousers and a zip up black jacket which he paired with some navy blue shoes. 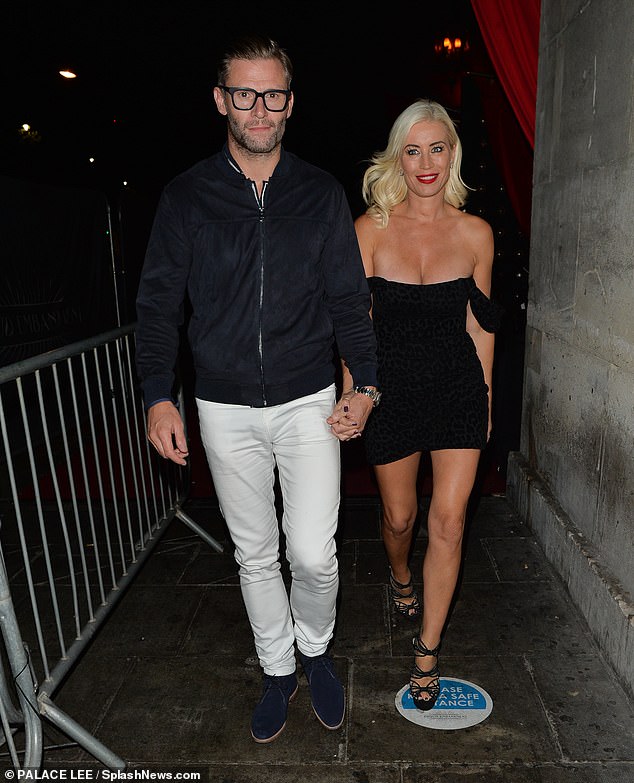 Work it: The West End star flaunted her toned figure in the very low cut frock and black heels

He ensured he was perfectly groomed for the outing and wore his black wide-rimmed glasses as he left the venue alongside Denise.

Denise recently told MailOnline that her beau, was ‘The One’ given they didn’t argue once during lockdown together at their Essex home .

She said: ‘After all of this I can honestly say that Eddie, out of anyone I’ve ever been with, is the person I genuinely get on the best with. We have got on so well.

‘We have not had one argument or fall out the whole of lockdown. We have really enjoyed each other’s company. 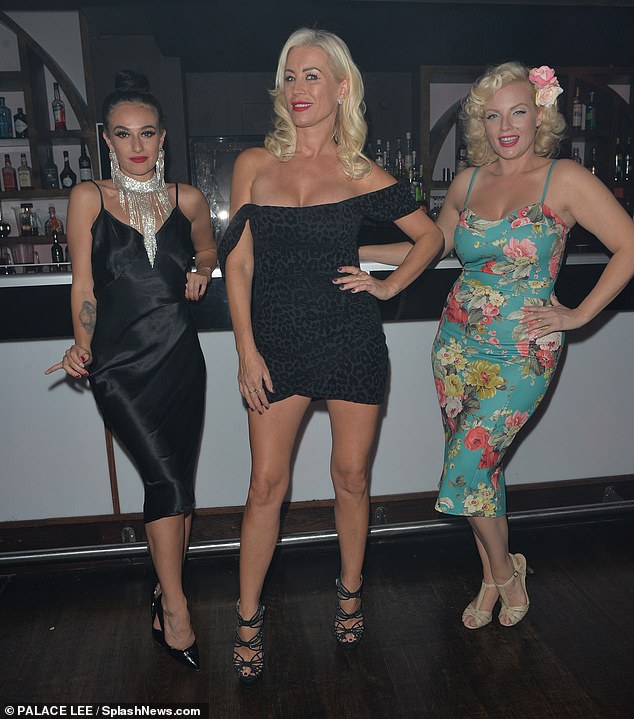 Strike a pose: The performer took centre stage as she posed up a storm with pals Jess Talbot Smith and Isabella Bliss after the cabaret show 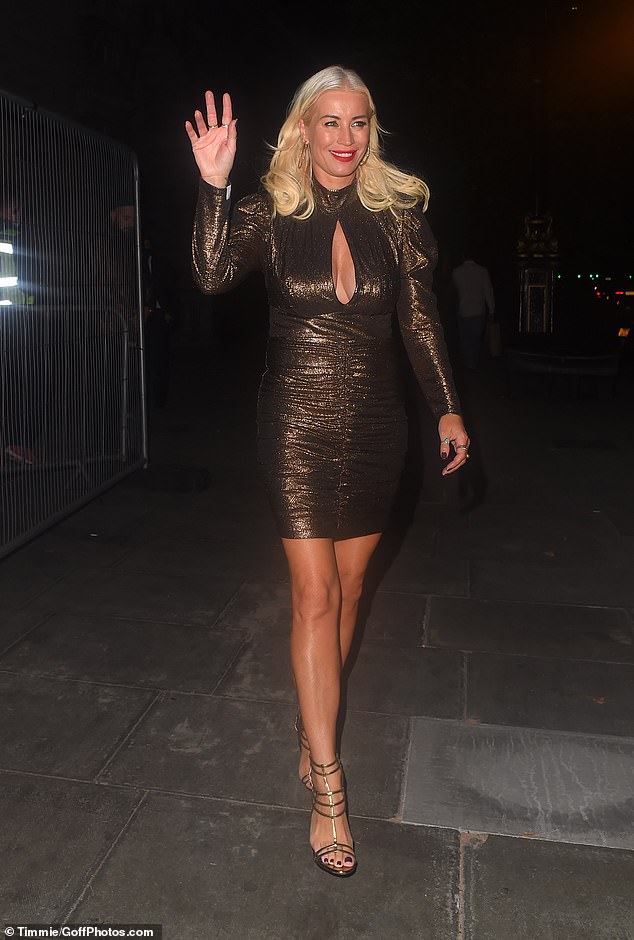 Hello! Denise waved as she passed cameras on her way out

‘He is definitely The One. If there was ever a test then it’s lockdown. We have had a lot of laughs together.’

However the star has ruled out having any more children but is still hoping to tie the knot with Eddie soon when they’re able to without any social distancing.

She said: ‘About three years ago we did talk about having kids, but I’m 46, Eddie is 47 and I know people do still have babies in their mid 40s but between us we have three kids and we love our lives at the moment. 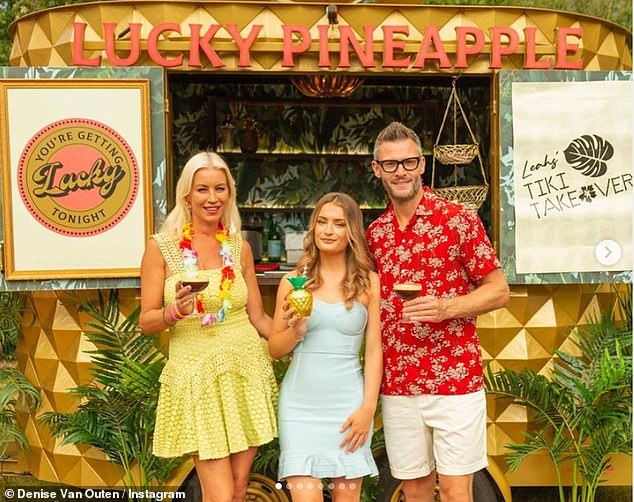 Party: Denise threw an extravagant 21st birthday party for her stepdaughter Leah along with her partner Eddie at their Essex home back in August

‘I was obviously a single mum for five years of Betsy’s life and it was hard at times but now she’s older and we’ve got freedom to enjoy ourselves.

‘But we have talked about getting married. We certainly wouldn’t do it at the moment. We wouldn’t want a socially distanced wedding.

Denise shares her daughter Betsy, ten, with her ex-husband Lee Mead while Eddie is a father to two including his 21-year-old daughter Leah. 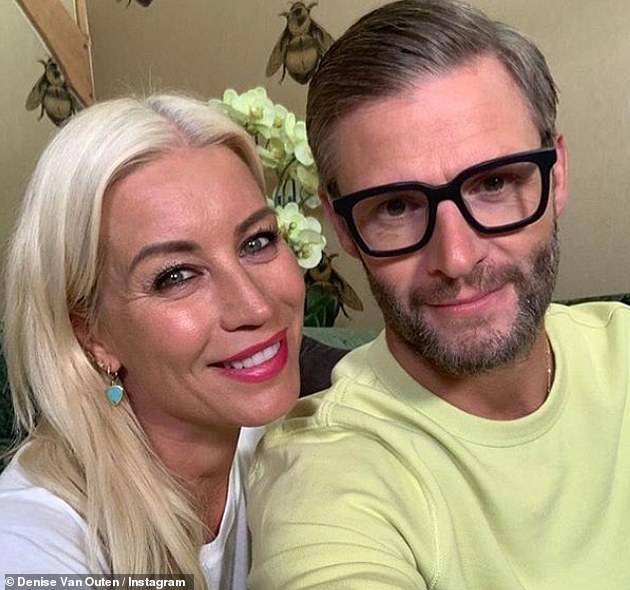 Happy: The stage and screen star recently said that Eddie was ‘The One’ as they hadn’t fought at all throughout lockdown