‘Chelsea are where they belong’: Dennis Wise says Maurizio Sarri should STAY at Stamford Bridge after taking club back into the Champions League

Chelsea legend Dennis Wise believes Maurizio Sarri should stay at Stamford Bridge after guiding the Blues back into the Champions League.

Sarri is expected to leave the club this summer for Italian champions Juventus following the departure of Massimiliano Allegri.

The Italian coach was subject to fierce criticism by sections of the Blues support but after a series of disappointing results and performances, but he managed to turn Chelsea’s season around and crowned it with silverware in Baku on May 29.

And Wise believes Chelsea should give the Italian the benefit of the doubt – and failing that, they should turn to his assistant Gianfranco Zola. 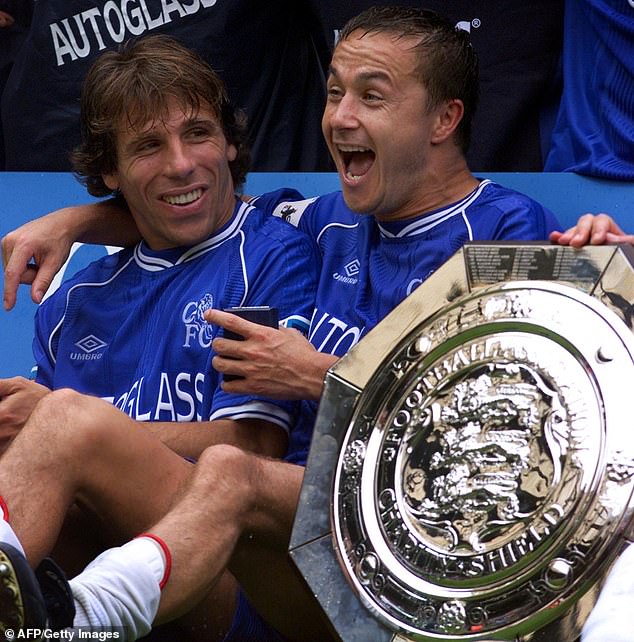 Wise (right) added that should Sarri leave the club, the Blues should turn to Gianfranco Zola

Wise tweeted on Monday: ‘Will be disappointed if Sarri goes.

‘Chelsea are back where they belong in the CL and  he also won his first trophy.

‘The perfect replacement is already there, in Gianfranco Zola, he knows the young & experienced players well, also gained so much experience over the last few years.’

Zola and Wise were team-mates at Stamford Bridge for five years between 1996 and 2001. 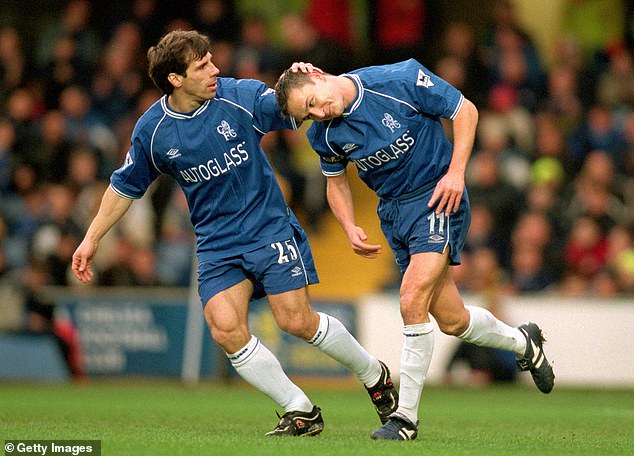 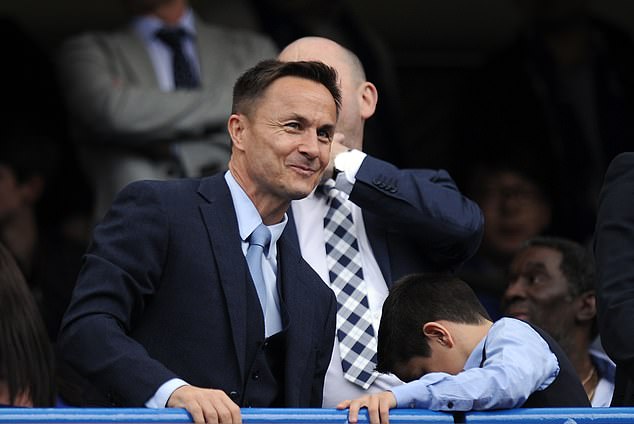 They won six trophies together, including two FA Cups and one UEFA Cup Winners’ Cup.

Zola linked up with Sarri at the beginning of last season in July 2018, following spells as manager at Cagliari, Birmingham City and more successfully at Watford and West Ham.

The Italian spent three seasons at Upton Park before taking the Hornets into the Championship play-offs in 2013, ultimately losing to Crystal Palace at Wembley.