Dentist reveals the surprising foods that are ruining your kids’ teeth

Bread, sultanas and even sparkling water: Dentist reveals the surprising foods that are ruining your kids’ teeth

Bread, sultanas and sparkling water are among some of the most harmful foods for children’s teeth, a dentist has revealed.

Dr Gamer Verdian said tooth decay is the number one cause of acute, preventable hospital stays for children in Australia, with over 26,000 cases reported each year, but it is preventable.

Speaking to FEMAIL, Dr Verdian explained why it’s not just the obvious things like lollies that cause tooth decay, but also the ‘hidden’ sugars found in common snack foods for kids like yoghurt, juice, muesli bars and sultanas.

So what should you be steering clear of?

Dentist Dr Verdian (pictured) explained why it’s not just the obvious things like lollies that cause tooth decay, but also the ‘hidden’ sugars found in common snack foods for kids like yoghurt, juice, muesli bars and sultanas

The first thing Dr Verdian said you should watch out for if you’re a parent is ‘sticky’ foods which get stuck in the grooves of the teeth and create a haven for bacteria.

These include things like soft bread, biscuits and potato chips.

‘The longer food stays in the mouth, the more harmful it is for teeth,’ Dr Verdian told Daily Mail Australia.

‘Encourage children to drink water right after eating these foods, because this will help to wash away bacteria and acids.’ 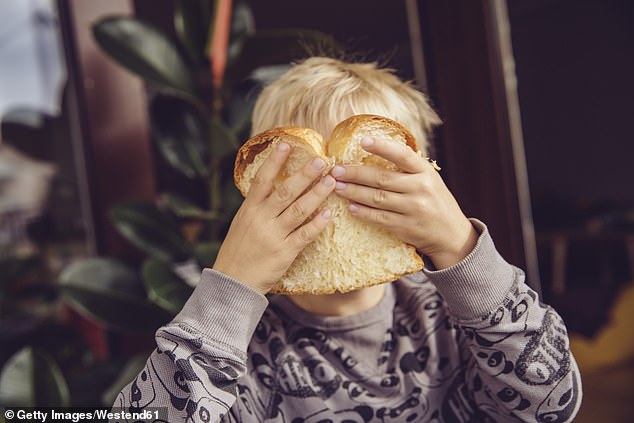 Typical snack foods are just as bad as sticky foods for your kids’ teeth.

Foods such as fruit juice and sultanas are all high in sugar and so bad news for our oral hygiene.

‘Sipping on fruit juice frequently during the day puts our teeth at high risk of decay.’

Instead, he recommends water where possible – or brushing if they’ve had a sugary snack.

How can you make sure your kids are brushing their teeth well? 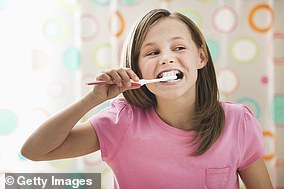 * Use a soft-bristled brush for their baby teeth.

* A pea-sized amount of fluouride toothpaste is all that is needed.

* Encourage them not to swallow toothpaste, but spit it out. Studies have shown teeth are better protected if the tiny amount of fluoride that remains in the mouth is left to do its job.

* Set an egg timer so that you know you’re brushing for two minutes.

* If your children are young, it’s a good idea for parents to brush their kids’ teeth a few times a week. Dr Verdian said: ‘In fact, even as they get older, it’s good for parents to do the brushing once or twice a week until they’re about 8-10 years old.’ 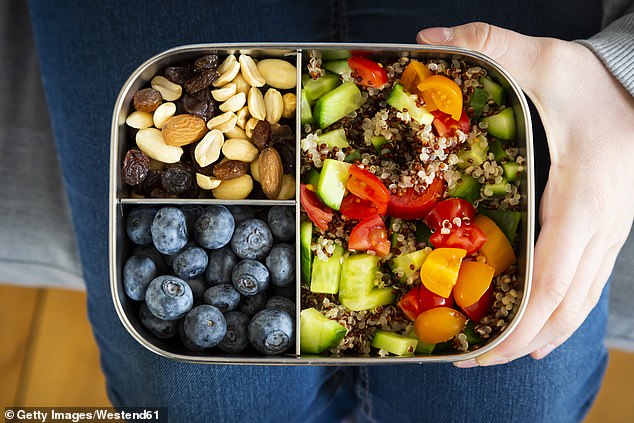 Foods where sugar is hidden are often the worst for our health, because they are marketed as healthy and it’s hard to believe that they’re doing long-term damage.

But foods like honey, fruit yoghurt, muesli bars and cereals are all potentially bad for children’s teeth.

The World Health Organisation recommends we eat no more than 25 grams (or six teaspoons) of free sugars per day.

‘Some children are already exceeding the daily amount by eating a muesli bar or a bowl of cereal,’ Dr Verdian said.

‘Fresh produce and whole fruit is always a good alternative. In fact, veggies like celery help to “clean” your mouth because they massage the gums and stimulate saliva production, which neutralises bacteria.’

The leading Sydney dentist said tap water is always the best choice for your children’s teeth.

‘Health professionals report extensive tooth decay in those parts of Queensland that have opted not to add fluoride to their water,’ Dr Verdian said.

‘Queensland kids aged between 5 and 15 have a 55 per cent rate of tooth decay, while in NSW where most people drink fluoridated water, and only around 20 per cent of children in this age group have decay.’

He said fluoride is essential for teeth at any age, and drinking tap water is an easily available and affordable way to keep teeth healthy.