Department of Social Services reveals it didn’t expect 1.7 million on JobSeeker until September

The number of Australians on JobSeeker unemployment benefits is approaching 1.7million – four months earlier than expected.

Shane Bennett, the acting deputy secretary of the Department of Social Services, confirmed another 300,000 people went on welfare in just one month.

On April 24, 1.346million Australians were on either JobSeeker or the Youth Allowance but by May 22, that had climbed to 1.641million.

The number of Australians on JobSeeker unemployment benefits is approaching 1.7million – four months earlier than expected. Pictured is a Melbourne Centrelink queue in March 2020

The numbers included those on the old Newstart allowance for the unemployed, which since March has been known as JobSeeker, along with sickness and bereavement benefit recipients.

Mr Bennett confirmed the number of Australians on benefits was growing at a faster pace than anticipated.

‘We did costing assumptions associated with the costing that reflected there would be 1.7million at the end of September,’ he told a Senate hearing.

Labor senator Katy Gallagher, the chair of the Senate COVID-19 committee, asked if the department would now have to budget for more welfare recipients. 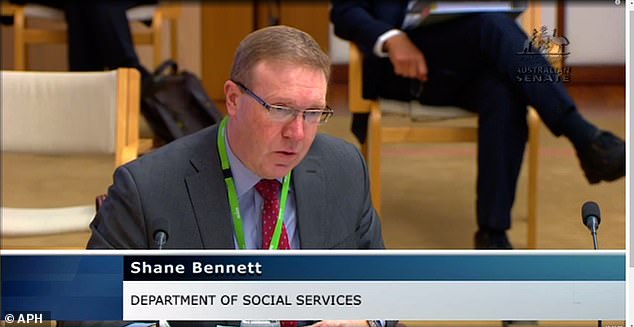 Shane Bennett, the Department of Social Services acting deputy secretary, confirmed another 300,000 people went on welfare in just one month with this department not expecting 1.7million JobSeeker recipients until the end of September

‘You’re almost there now in May,’ she said.

‘Has this changed your thinking about where we might be in September?’

COVID-19 labour market at a glance

Underemployment soared by 4.9 percentage points to record 13.7 per cent

Tally of underemployed Australians surged by 603,300 to 1.8million

Participation rate plunged by an unprecedented 2.4 percentage points to 63.5 per cent

‘So senator, we rely on the Treasury to do the unemployment benefit recipient numbers,’ she said.

‘We work with the Treasury to give us guidance on those.’

Like the Reserve Bank of Australia, Treasury is expecting Australia’s unemployment rate to hit 10 per cent by June, a level unseen since April 1994.

Government economists are also bracing for a recession in 2020, the first in 29 years.

The RBA left interest rates on hold on Tuesday at a record-low of 0.25 per cent.

Central bank governor Philip Lowe said the cash rate would be unlikely to rise until Australia was at full employment, where the jobless rate is at five per cent.

‘The board will not increase the cash rate target until progress is being made towards full employment and it is confident that inflation will be sustainably within the two to three per cent target band,’ he said.

Australia’s unemployment rate stood at 5.1 per cent in February, before the World Health Organisation declared a COVID-19 pandemic.

In April, 823,300 were officially unemployed as another 104,500 went on the dole or were actively looking for a new job.

During that same month, 489,800 left the labour market in despair, which meant 1.3million people either lost their jobs or gave up looking for a new one. 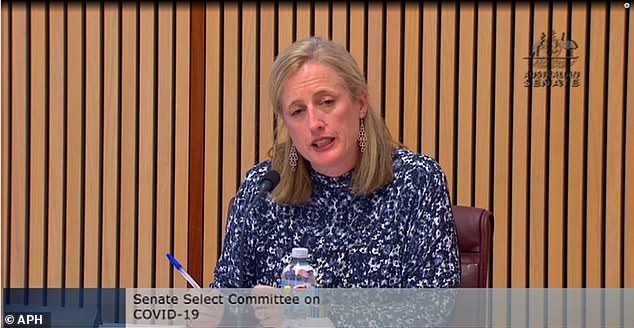 Labor senator Katy Gallagher, the chair of the Senate COVID-19 committee, asked if the department would now have to budget for more welfare recipients