The federal government is so desperate to subliminally spread its message it has given $350,000 to scantily-clad Instagram influencers to promote its policies.

The Department of Health shelled out $293,127 in one year while Defence spent $55,000 of taxpayers’ money over two years asking young social media personalities to put in a good word for them.

Women in bikinis with an Instagram following were the biggest beneficiaries of  public funds, with more than 160 of them paid to spruik messages on exercise and getting vaccinated against genital warts.

A young male swimmer with a six-pack and muscles was also paid to promote a Navy program teaching children to sail, with the hashtags #hotboys, #hotguys and #musclebeach.

The federal government is so desperate to subliminally spread its message it has given $350,000 to scantily-clad Instagram influencers (Jade Tuncdoruk pictured) 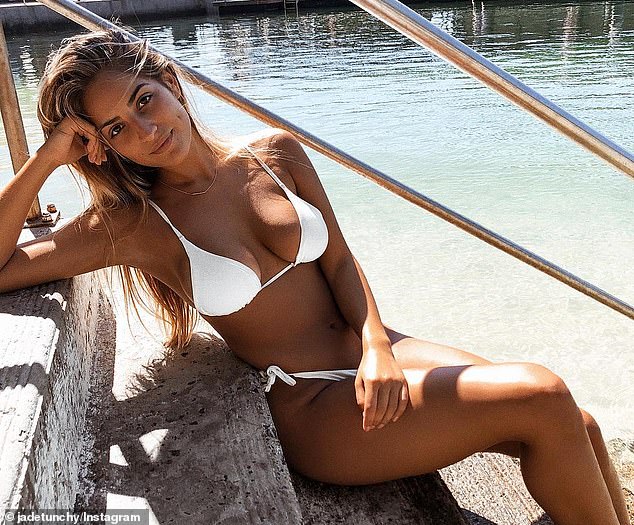 The Department of Health shelled out $293,127 in just one year asking young social media personalities to put in a good word for them (Jade Tuncdoruk pictured)

The government departments this week confirmed how much they had spent in the 2017/18 financial year, following a budget estimates question in October from Tasmanian Labor senator Catryna Bilyk.

Health Minister Greg Hunt was so incensed at his department spending close to $300,000 paying Instagram influencers he put a stop to it last year.

‘At my request, the department is pausing and reviewing any use of influencers,’ he said.

‘There would need to be a demonstrated benefit and demonstrated suitability of any individual going forward, for this to recommence. 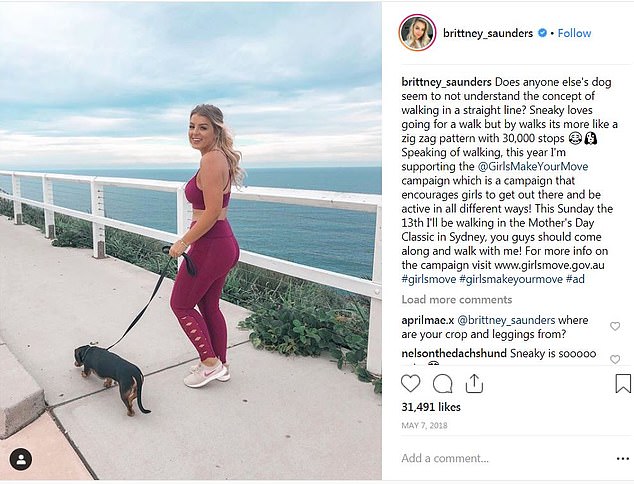 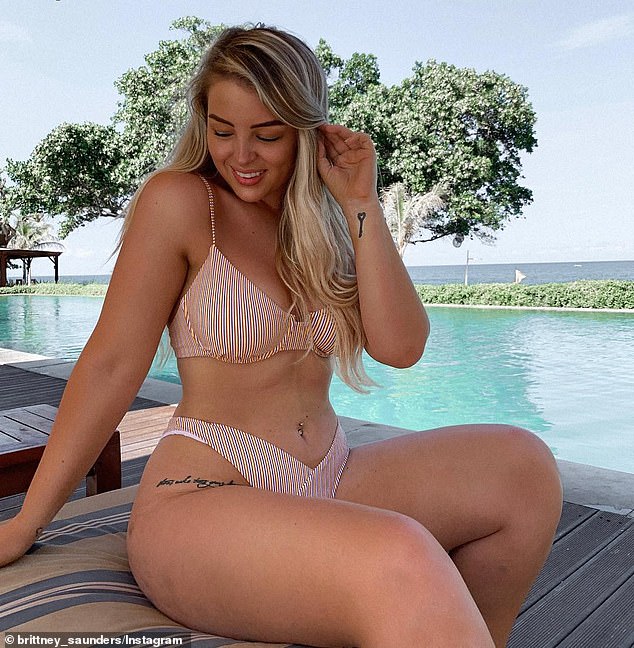 ‘This would need to include a thorough assessment and vetting process linked to improving the health of Australians.’

In one sponsored post Instagram personality Jade Tuncdoruk was paid to sell a government campaign to get women exercising more.

‘I’ve become a supporter of the wonderful Girls Make Your Move campaign and I love being part of something so inspiring,’ she told her 334,000 followers, getting 20,557 likes in June 2018.

Another influencer Brittney Saunders also promoted the Department of Health’s Girls Make Your Move campaign with a message about a Mother’s Day Classic walk in Sydney. 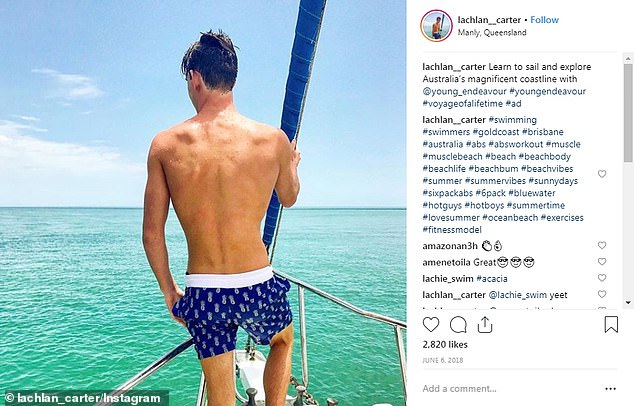 The Department of Health confirmed it had spent $293,127 in the year from July 2017 promoting Girls Make Your Move, the Gardasil vaccinate against the human papillomavirus and palliative care for the dying.

While the Health bureaucrats were paying dozens of young women, the Department of Defence recruited amateur Brisbane-based swimmer Lachlan Carter to promote the Royal Australian Navy’s Young Endeavour program which teaches children how to sail.

‘Learn to sail and explore Australia’s magnificent coastline,’ he told his 59,900 followers, getting 2,819 likes in June last year.

Despite spruiking a program designed for children as young as 16, Carter used suggestive hashtags including #hotboys, #hotguys and  #musclebeach. 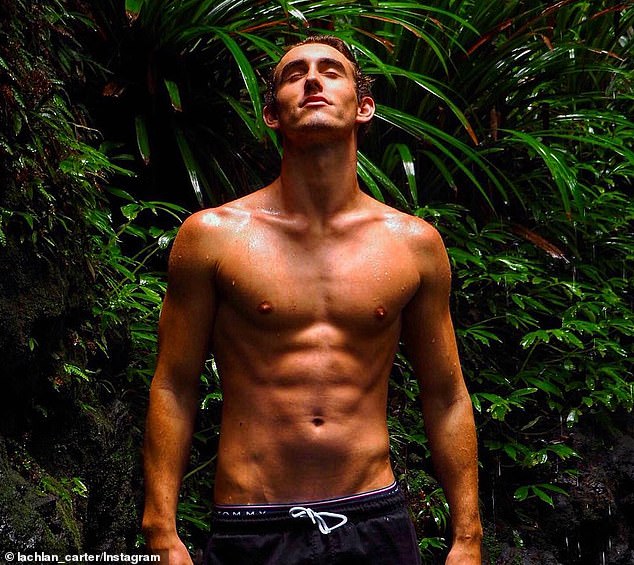 The swimmer with 59,900 Instagram followers used the hashtag #musclebeach to promote the Navy’s Young Endeavour program, catering for teenagers and young adults

Defence confirmed it had spent $700 in the 2017/18 financial year promoting the Navy’s Young Endeavour Youth Training Scheme with two influencers.

During the previous 2016/17 financial year, it gave $54,208 to social media influencers to promote the Air Force’s ‘What is Up’ and Air Traffic Controller recruitment campaigns.

‘Defence has ceased the use of social media influencers after government determined, in August 2018 that they would not be used for future campaigns,’ a spokeswoman told Daily Mail Australia on Wednesday.