Rooney stepped down as boss on Friday after 18 months in charge of the Rams, who were relegated from the Sky Bet Championship last season after being hit with a combined 21-point deduction.

Rosenior has been on the club’s coaching team for the last three years and was assistant to Rooney. 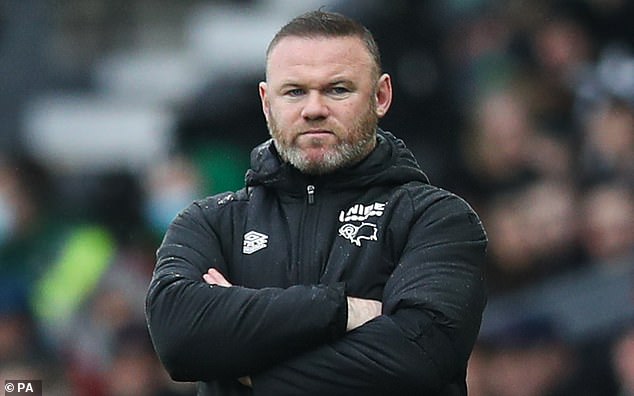 Rooney stepped down on Friday after 18 months in charge of Derby, who are in administration

A spokesperson on behalf of Quantuma said in a statement: ‘The joint administrators will now enter into a period of exclusivity with Clowes, with a completion of the acquisition of the business and the assets of the club targeted for June 29.

‘All parties are now working hard to conclude what is still a complex legal transaction within a very short timeframe. Once concluded, the transaction will enable the club to move forward and prepare for the upcoming season out of administration.’ 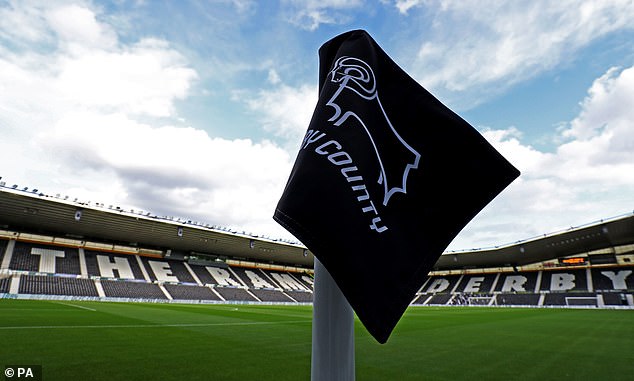 The future of Rooney — who had been in permanent charge since January 2021 — was in huge doubt when US businessman Chris Kirchner failed to complete his proposed takeover.

Rooney said: ‘My time at the club has been a rollercoaster of emotions, both highs and lows, but I have to say I have enjoyed the challenge.

‘Personally, I feel the club now needs to be led by someone with fresh energy and not affected by the events that have happened over the last 18 months.

‘I will remember my time at Derby with great pride and affection and would like to thank all my staff, players and, of course, the fans for their incredible support. I will never forget you and hope to see you all again in the near future and in happier times. 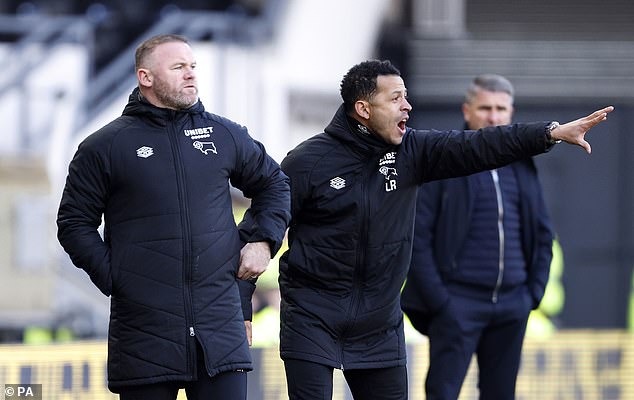 ‘Finally, I am aware the club still have interested parties who wish to take over its running. To them I say this — Derby County is a great club with a great history and great fans. I wish you all the best and much success for the future.’

Following Rooney’s departure a statement from Quantuma read: ‘The joint administrators are very disappointed Wayne has taken the difficult decision to leave and we have spent some time trying to persuade him to stay but understand his reasons for wanting to go.’

Along with Clowes, a group led by former Rams chairman Andy Appleby has also submitted an offer for the club, and former Newcastle owner Mike Ashley has been interested throughout.