Milliners at war: Hat-maker to the stars accuses rival of copying her teardrop design after seeing images of Neighbours star Sharon Johal at Derby Day

A milliner popular with celebrities and royalty has accused a competitor of copying her unique tear drop design that she released for the Spring Carnival six years ago.

Ms Jackson’s suspicions were aroused when she saw Neighbours star Sharon Johal wearing an almost identical hat to her unique design at Derby Day in Flemington, Melbourne, on Saturday.

The black bonnet in question is shaped like an upside down tear drop, which means part of the hat covers the right side of the wearer’s face.

Ms Jackson’s original was worn by Canadian model Coco Rocha to the Melbourne Cup in 2013. 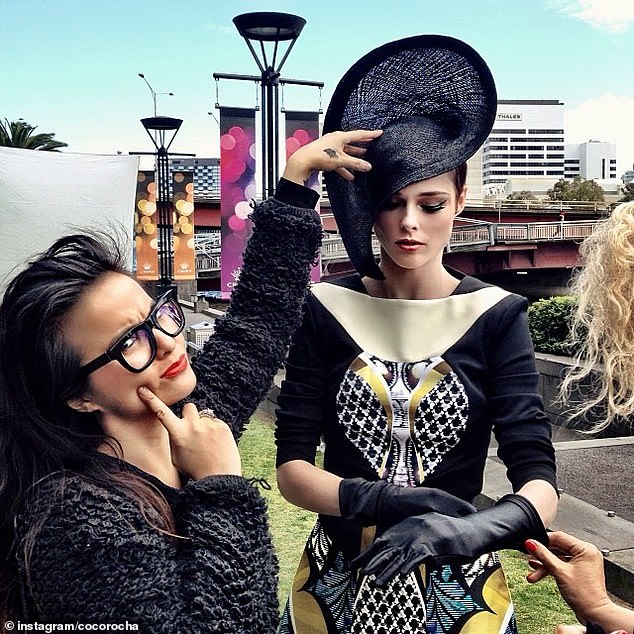 ‘I understand you can be inspired by people or trends, but in this case, I really feel like this is my handwriting, my design aesthetic and my DNA,’ she told the Herald Sun.

‘I’ve been in the industry for 20 years, I have two design degrees, I attend trade fairs around the world, I attend Ascot and I’ve never seen work of my style which is why I feel confident it is a distinctive product and design line.’

Lady of Leisure’s Lisa Levington was responsible for designing the hat for Ms Johal.

She admitted there was a striking resemblance between her hat and the one designed by Ms Jackson a few years ago.

But she said any similarity between the two designs was purely accidental and she has since apologised.

Ms Levington explained she was taken on in the last minute to design the hat for Ms Johal and it was intended to look very different to the finished product. 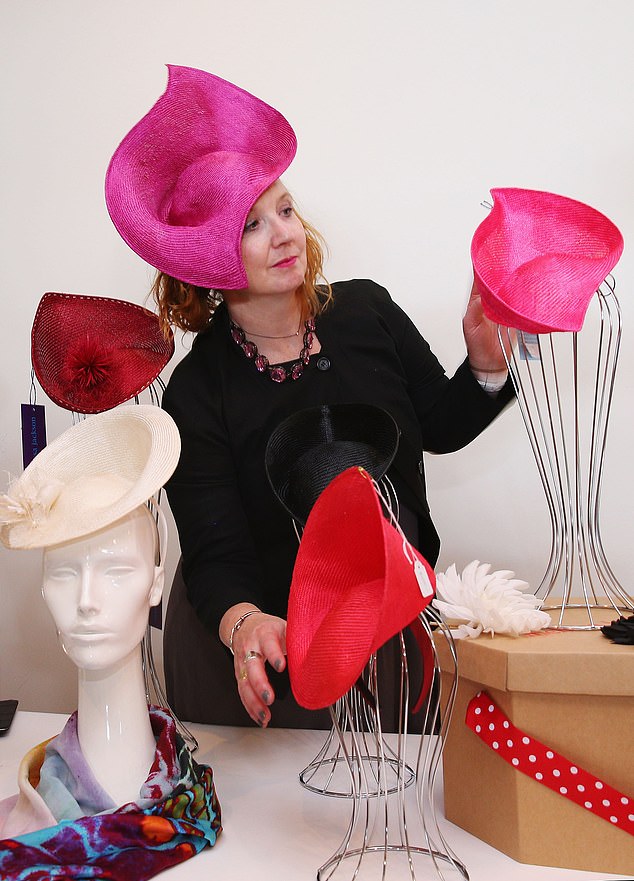 ‘It was going to be a plastic wrapped headpiece, I started it the night before but it crumbled in the oven.’

Wet weather did nothing to deter the 90,000 strong crowd of racegoers from showing up for Derby Day.

The day marked the launch of the Melbourne Cup Carnival with the big race day set for Tuesday.

Just as thousands of racegoers prepare for the big day, hundreds of hard-core activists are planning to disrupt the meet at Flemington and at other race tracks across the country.

The Coalition for the Protection of Racehorses, factions of Extinction Rebellion, student protesters and other fringe groups have all promised to join the mass protest. 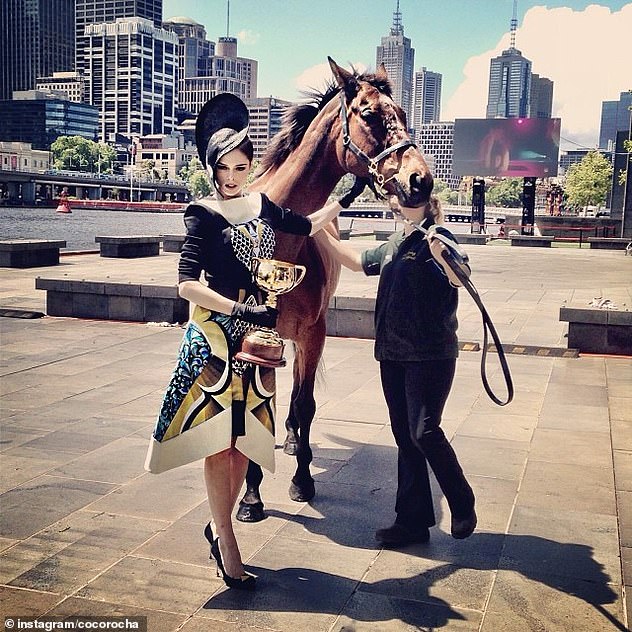