Earlier Wednesday it was announced Derek Carr was benched and would not start the Raiders last two games of the NFL’s regular season. Now, he has left the franchise altogether, for the remainder of the campaign at least.

Whether that goes beyond the 2022 is unknown, but Carr is certain to be away from Las Vegas for games vs. San Francisco and Kansas City.

Per Jeff Howe of The Athletic, Carr left the team with its permission, so as to avoid being a further storyline and distraction in the remaining weeks.

Head coach Josh McDaniels shocked the NFL world after removing Carr as the starter in favor of longtime backup Jarrett Stidham, who he has known from their years together in New England.

Stidham, acquired in an offseason deal with the Patriots, will start against the 49ers on Sunday in Las Vegas, and undrafted rookie Chase Garbers will be second on the depth chart.

Carr signed a three-year extension in April in which he would be guaranteed $33 million for 2023 unless the Raiders move on before February 15. If they do, his salary cap hit would be $5.6 million.

A serious injury over the final two games would mean Carr receives the entire $33 million, so there would be incentive to bench a struggling quarterback and not risk him getting hurt.

Through 15 games this season, Carr had a 86.3 quarterback rating – his worst since his rookie season of 2014, when the franchise still played in Oakland. 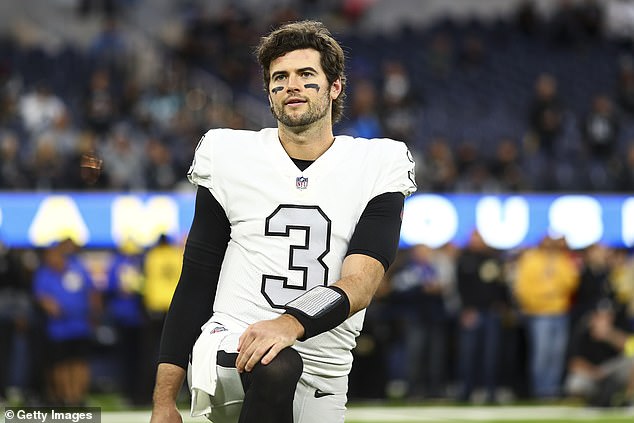 ‘None of us are happy with where we’re at, but we think it’s an opportunity to evaluate a younger player who hasn’t had much time to play,’ McDaniels said Wednesday.

‘Derek was great. He understands the scenario that we’re in and the situation and is very supportive of the two young guys. He’ll do anything he can to help them.’

Now, it seems as if they’ll be without Carr for two weeks, at least. Though the likelihood is this will be the end of the quarterback’s time in Vegas. 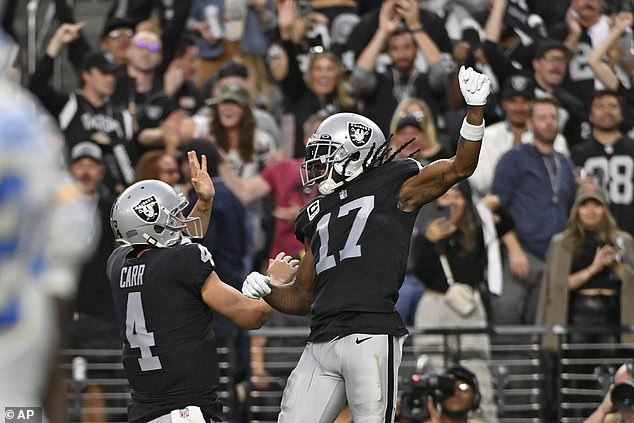 Speaking following the stunning news, Adams admitted it was difficult to swallow for all.

‘I don’t think anybody was excited about it in here,’ he said of Carr’s benching. ‘I wouldn’t be here right now if he wasn’t here.

‘I think everybody knows how I feel about him. With that said, there’s a process of how things go…but obviously, I support my guy.

‘We gotta finish this season out the best way we can possible, with all things considered at this point.’ 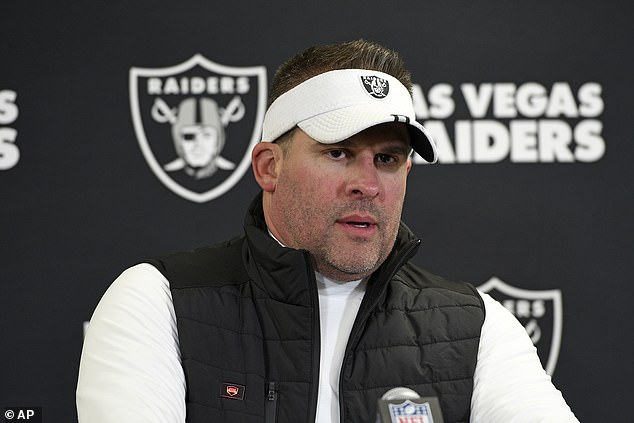