Matchplay is a completely different form of the game to stroke play. The world rankings don’t matter a jot when it comes to head-to-head matches over 18 holes.

We heard these two statements a lot from the European camp in the build-up to the Ryder Cup. Maybe it was even true once upon a time.

But, now we’ve had a chance to clear our heads and think deeply about what happened at Whistling Straits, one thing is abundantly clear. Matchplay isn’t so different after all, and the world rankings are an accurate barometer for both forms of the game.

Still in denial? The two best players on either side were Jon Rahm and Dustin Johnson. They’re ranked world numbers one and two. The next two best were Collin Morikawa and Patrick Cantlay. They’re ranked three and four.

The lowest-ranked player in the competition was Bernd Wiesberger. The Austrian didn’t trouble the scorers. Indeed, go down the list of players and their points tallies and it almost eerily coincides with their world ranking. With one exception.

The outlier was, of course, Sergio Garcia who defied his world ranking at the time of 43 to show once more why he is the best Ryder Cup player of all time.

So, a memo for future captains and those who decide qualification systems. Forget all the old arguments about whether youth or experience is best, whether captains need six or even 12 wildcards, and European or world points lists. Current form is king, and the world rankings will tell you virtually all you need to know.

The Americans are coming…

Don’t look now, but another batch of hungry young Americans are poised to make names for themselves. At the first PGA Tour event after the Ryder Cup, they swamped the top of the leaderboard, as if that’s what you’re supposed to do when barely out of college.

Top of the pile at the Sanderson Farms Championship in Mississippi was the seriously gifted Sam Burns, who must have been on Steve Stricker’s shortlist for a place at Whistling Straits. This was his second win this year and he is just 25.

Behind him were his friendly rivals from university. Tied second was Cameron Young, 24, followed by Hayden Buckley, 25. Tied eighth, and playing just his eighth PGA Tour event, was the intriguing Sahith Theegala, 23, raised an American but whose parents are from India.

After all the trials and tribulations of Stricker’s predecessors, being a US Ryder Cup captain for the next decade will be an absolute doddle. 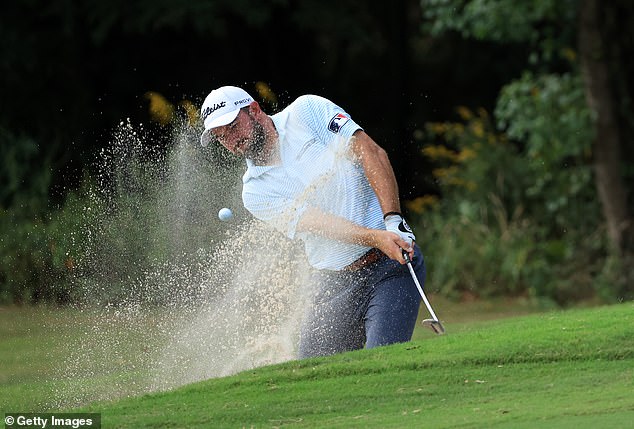 Padraig beginning a new life at 50

No rest for the vanquished. After his captaincy stint at Whistling Straits, and an appearance at the Dunhill Links Championship at St Andrews, Padraig Harrington will shuttle it back across the Atlantic now to start a new life on the Champions Tour in Florida.

After turning 50 in August, his first start will be in an event hosted by Jim Furyk in Jacksonville, where the focus will be on ‘music, food and fun’. A bit different to the Ryder Cup, then.

Given his fourth-place finish at the US PGA Championship at Kiawah in May, and a top 20 at the Scottish Open in July, you’d fancy the Dubliner to boost his pension considerably over the next couple of years on a circuit where he will be the one with age on his side. 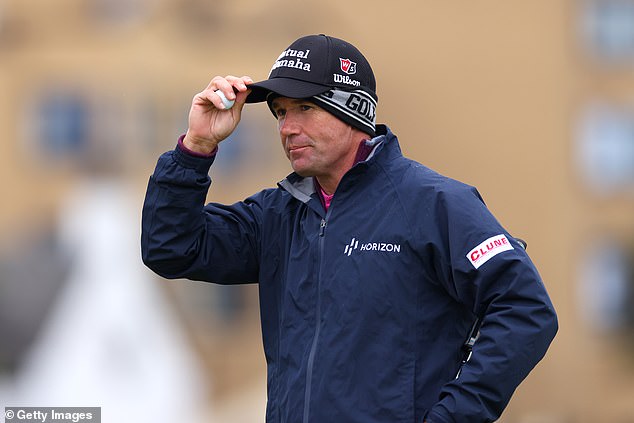 After his captaincy stint at Whistling Straits, and an appearance at the Dunhill Links Championship at St Andrews, Padraig Harrington is back on the move

$15m WITHOUT even winning a title!

In the mid-1980s, there was quite a fuss in America when Mike Reid became the first man to make a million dollars without winning a tournament. Meet his modern equivalent, Cameron Tringale.

On Sunday, playing in his 311th event, the Californian, 34, was one stroke off the lead going into the final round but, well, things followed a familiar pattern and he ended up in a tie for 11th.

Here’s the consolation for a man good enough to be 64th in the world rankings and make 198 halfway cuts. His $164,000 cheque means he is on the cusp of becoming the first man to rack up career earnings of $15million without winning a trophy.

All told, there are now 10 players who have won $10m without winning, including Tommy Fleetwood, who would be the bookies’ favourite to be the first to remove his name from that dubious list.

Second behind Tringale is another Englishman, Brian Davis, who won over $13m during more than a decade of lucrative toils, although he perhaps deserves an asterisk next to his name. Now 47, he might well have won a play-off for the 2010 Heritage Classic against Jim Furyk but for calling a two-shot penalty on himself after brushing a loose reed in a hazard, an offence nobody else had seen.