Derrick Lewis delivered an uppercut from hell to finish Curtis Blaydes and move to 12 UFC knockouts, tied for the most in the organisation’s history.

The ‘Black Beast’ headlined Fight Night in Las Vegas against the man ranked two spots ahead of him as the No 2 heavyweight.

And he produced a special KO to reach a dozen in the UFC, tied with Vitor Belfort, the legendary Brazilian who now competes in ONE Championship.

Around 90 seconds into the second round, Blaydes tried to close the distance but Lewis was ready for him.

He connected with the uppercut and it wasn’t immediately clear what impact it had on his opponent.

But then he slumped to the mat and the referee Herb Dean was unable to intervene until Lewis landed a couple more thunderous strikes with Blaydes on the ground, unconscious. 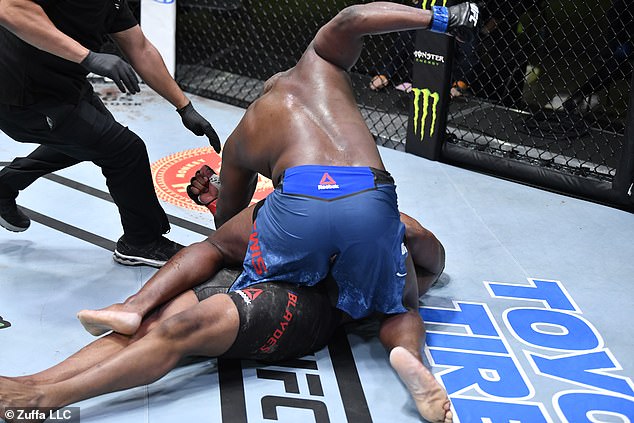 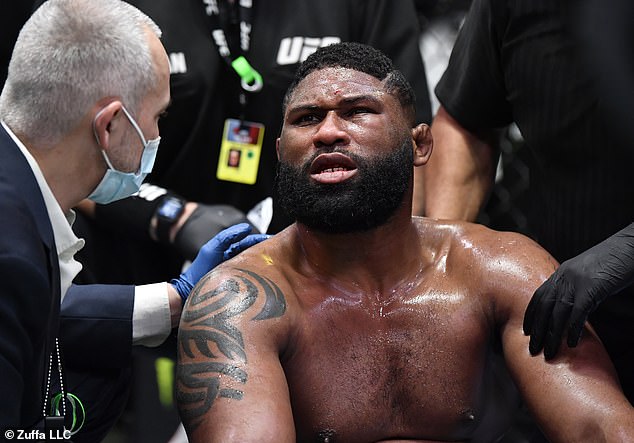 It was the biggest main event upset since 2016 when Michael Bisping won the middleweight title against Luke Rockhold in 2016.

After his win, Lewis said: ‘I can’t just turn the switch off just like that.

‘Some fighters can do that, but I can’t do it. I have to wait until the referee pulled me off because you never know what could happen.

‘Anything could happen. He could’ve turned into (The) Undertaker and stood straight up and eat all those shots. You never know. You go until the referee says, ‘Chill out’.’

‘That’s what I was saying in my head. His coach was trying to pump his head up, “Good, good. You’re doing good.” I’m like, “All right, keep playing that game.”

‘That’s what I was saying to myself. The second round came, and I knew he was going to try to come out and stand up a little bit, and then he was trying to shoot. So I just had to be patient.’ 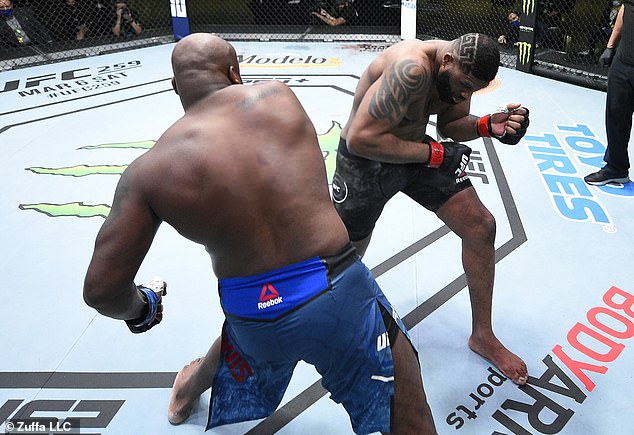