A former spy with the U.S. Army’s counterintelligence unit has been revealed as the person behind the plot to fly migrants from Texas to Martha’s Vineyard. Perla Huerta served as a medic in Iraq and Afghanistan and has been identified as the woman who executed Florida Governor Ron DeSantis’ plan. Multiple migrants told the New York Times that it was Huerta, 43, who approached them in San Antonio and sold them on the idea of boarding a plane bound for the affluent surroundings of Martha’s Vineyard. 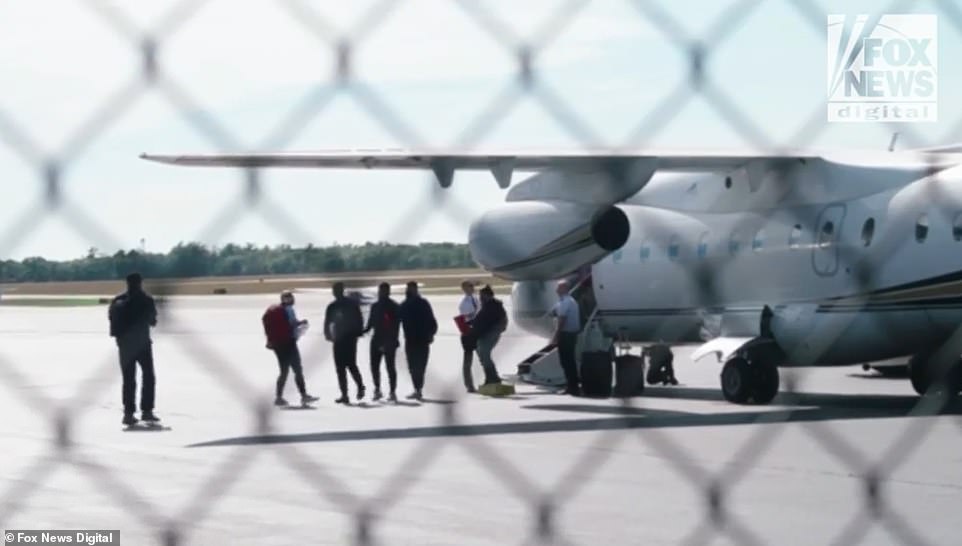 The state of Florida, under DeSantis’ direction, paid for two flights of migrants from Texas to Martha’s Vineyard in September. DeSantis is the latest GOP governor, frustrated over the federal government’s response to policing the southern border, to transport migrants to Democratic cities. He defended the move as a way to make immigration a ‘front-burner issue’ ahead of the midterm elections in November. 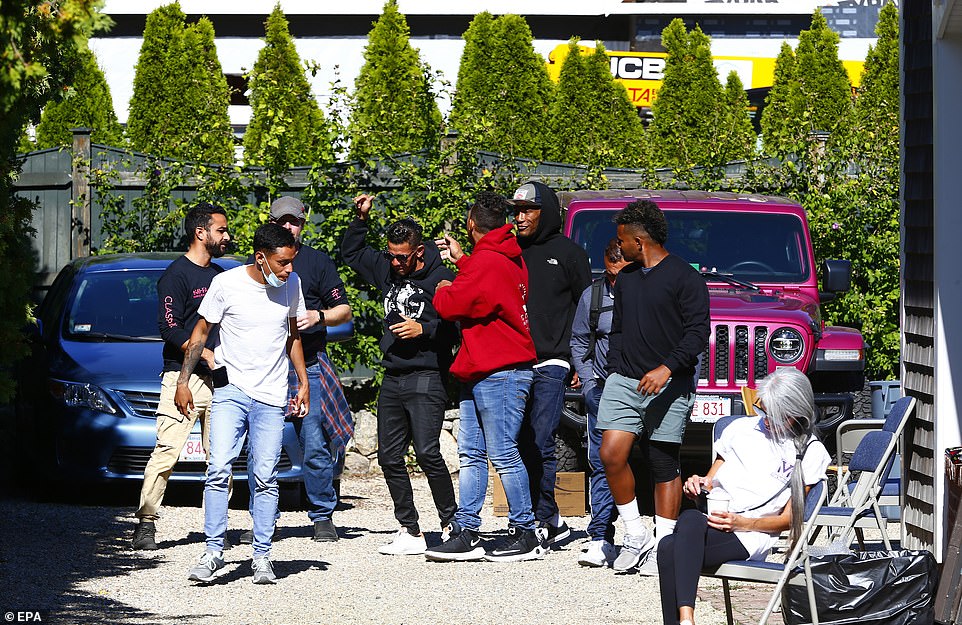 Critics questioned the legality, and his Democratic opponent for governor said it represented a new low level of shrewdness. Lawyers for migrants have called for a criminal probe into DeSantis, accusing him of ‘falsely promising them jobs and immigration help.’ He is accused of ‘preying’ on the migrants, with DeSantis saying the migrants knew where they were going having signed waivers. 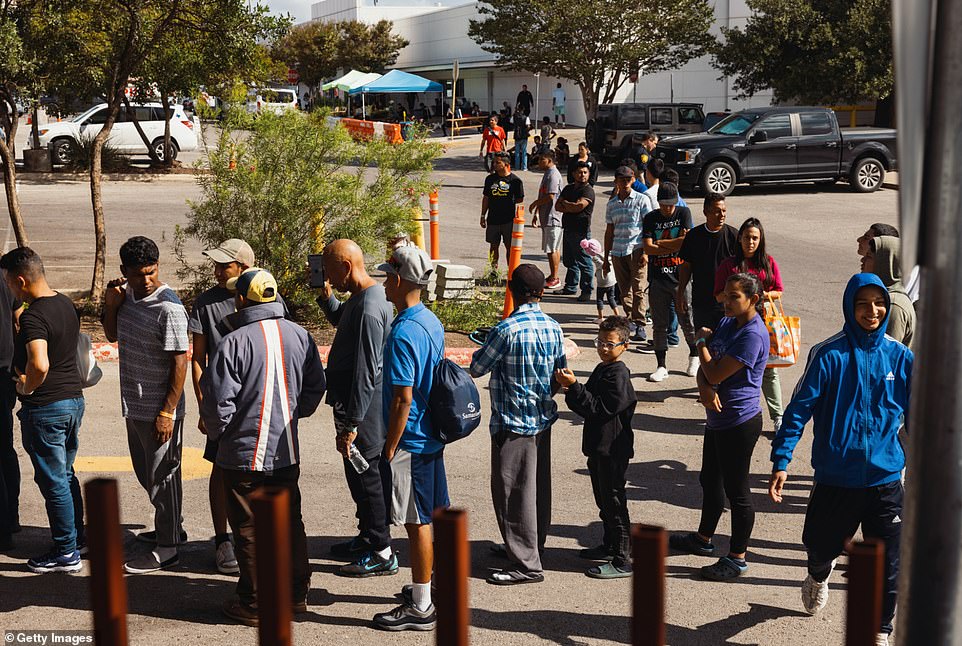 Online records show that Huerta is based in Tampa, Florida. According to the Times, she was sent to Texas in order to convince the migrants to head north. Those records also show that Huerta has relatives who live in San Antonio. She is a divorced mother, and lived for a time in Niceville, Florida. A previous report from New York Magazine described Perla as wearing ‘cowboy boots’ and having ‘highlights in her hair.’ She is also described as speaking both Spanish and English. 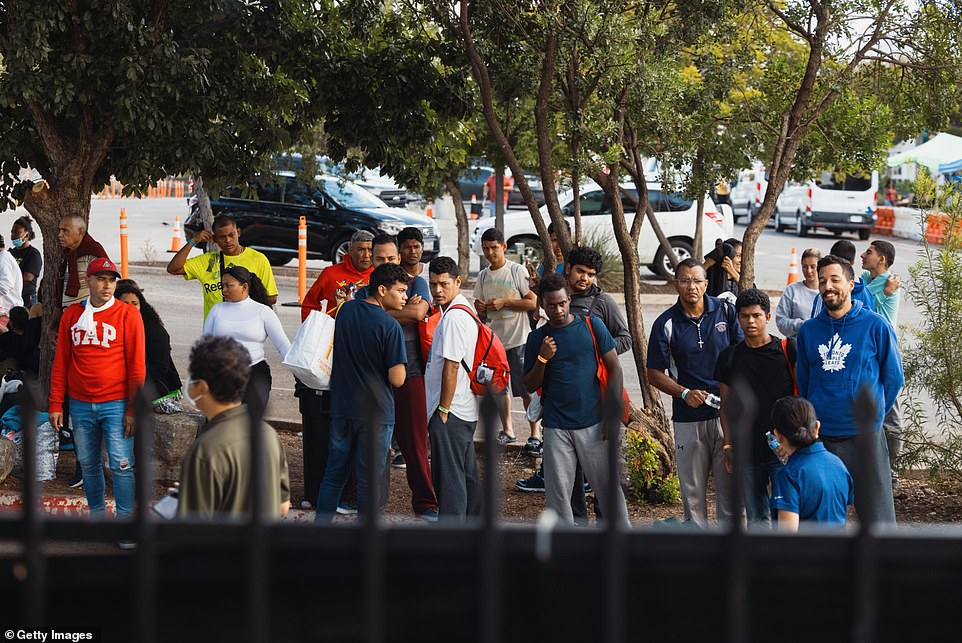 The plane that flew the Venezuelan asylum seekers to Massachusetts was provided by charter company Vertol Systems that has ties to DeSantis, the Tampa Bay Times reports. The state paid the company more than $1.56 million for the flights. Vertol typically trains pilots for the military, but is well known to Larry Keefe, the DeSantis’ public safety czar responsible for the governor’s anti-immigration programs, as he represented them in a dozen lawsuits prior to working for the state. Vertol was also once represented by another DeSantis ally — Congressman Matt Gaetz, according to court records reviewed by the Times. When speaking to Migrants, the former spy referred to herself only as ‘Perla.’ 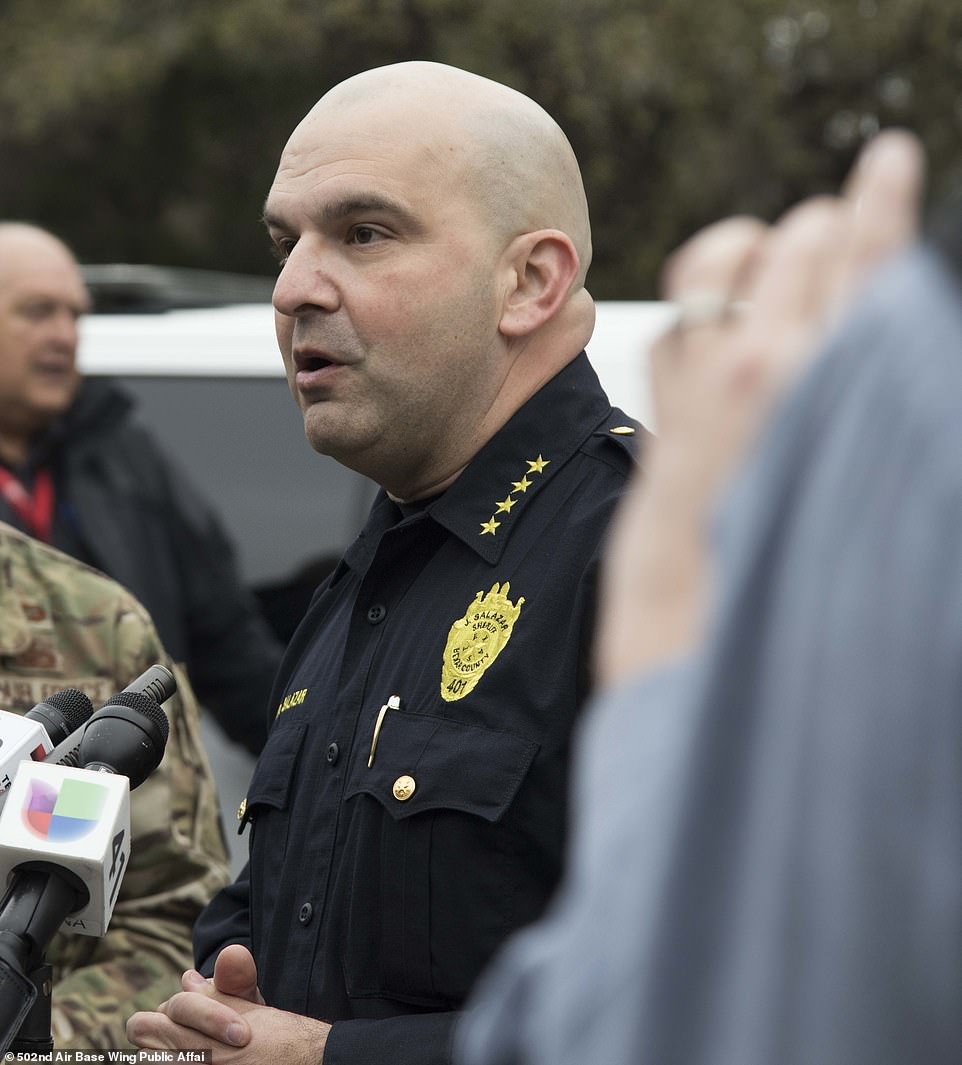 Huerta’s activities, as well as the operation as a whole, is under investigation by the Bexar County Sheriff’s office in Texas. In September, Sheriff Javier Salazar (pictured) told the media: ‘Our understanding is that a Venezuelan migrant was paid what we call a ‘birddog fee’ to recruit approximately 50 migrants from the area around a migrants resource center on San Pedro here in San Antonio.’ That Venezuelan migrant confirmed that they had been working with Huerta, the Times reports. Multiple migrants reportedly took pictures of Huerta while she was recruiting them in Texas. That’s according to Rachel Self, an attorney representing the migrants. 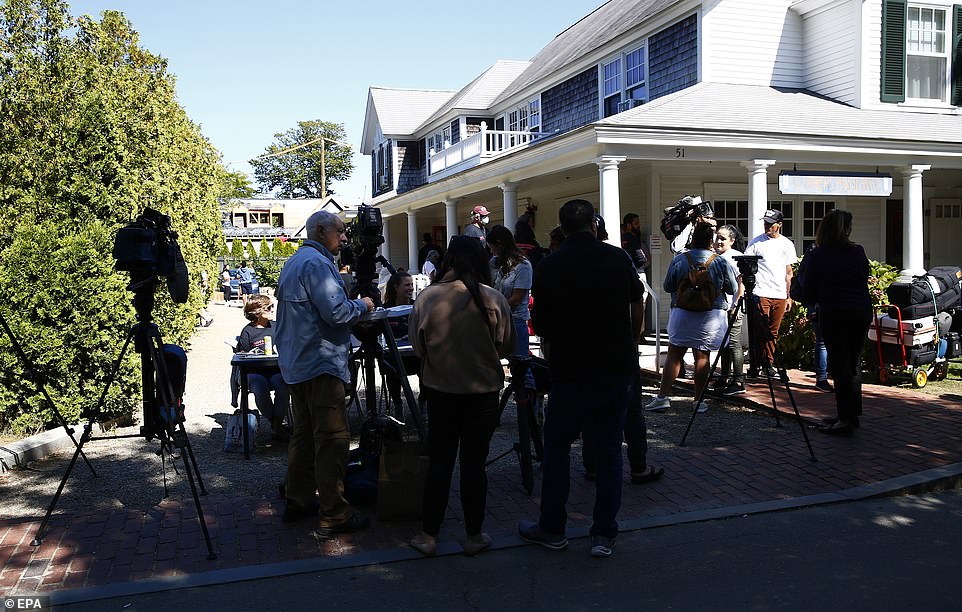 Self said that those photos helped to identify Huerta, using them to match with other online pictures of the veteran. At the time of writing, Huerta’s social media pages had been deactivated. The sheriff went on to say that the migrants were promised work and the ‘solution to several of their problems.’ Back in September, the Washington Post reported that a ‘smiling blond-haired woman in a cowboy hat’ named Perla approached migrants in San Antonio and promised that she could help them. At that time, the Post said that Huerta was driving a rented SUV and was able to promise migrants, many of whom were sleeping on the streets, food, jobs and transportation. 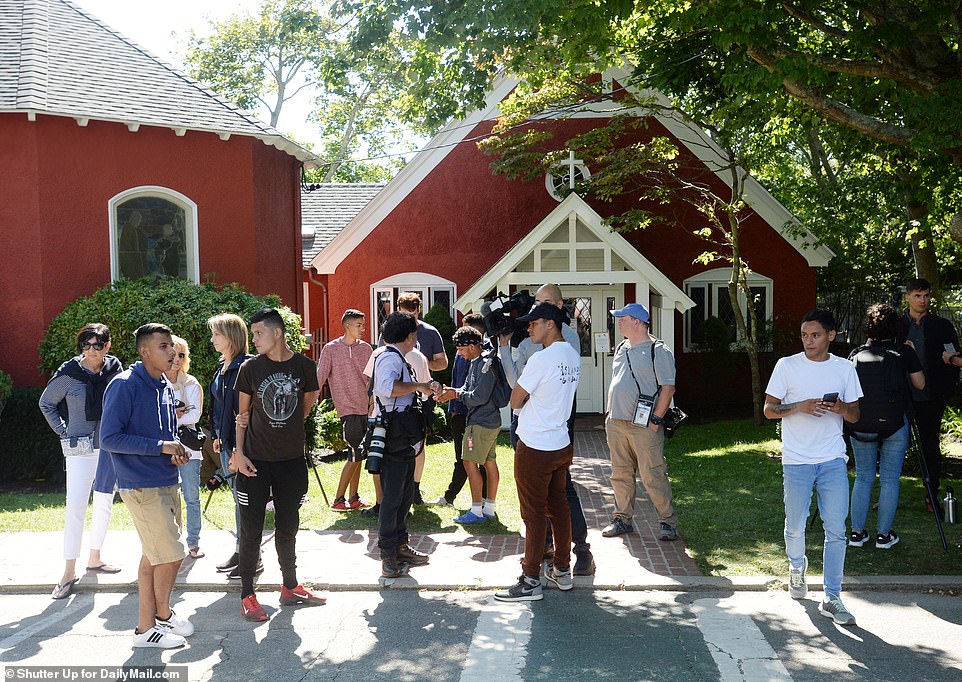 The San Antonio Report said in September that the League of United Latin Americans Citizens was offering $5,000 for information on Huerta. According to the outlet, a 34-year-old Venezuelan migrant said that Huerta promised him help to get to a ‘sanctuary state.’ In addition to jobs, migrants said that a 7-year-old girl was promised a place in school, while others were promised English classes and legal counsel. After a migrant who arrived on Martha’s Vineyard texted Huerta to ask why they had been sent there, when the help they were promised was not available, she responded: ‘I’m sorry for the confusion. I saw they sent y’all doctors and attorneys.’ 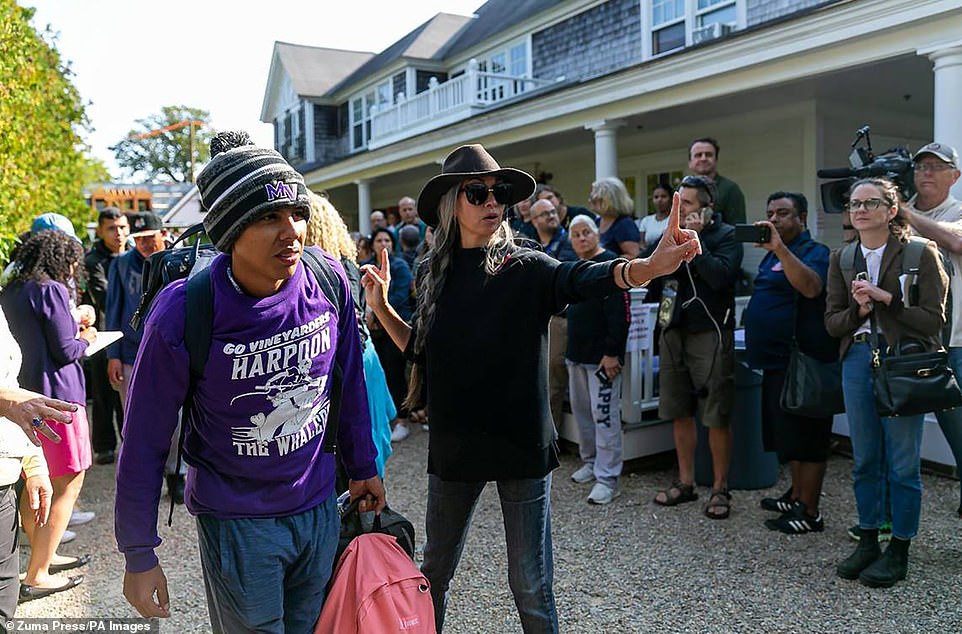 He also told the Report that Huerta was regularly accompanied by a male Venezuelan migrant whom he did not know. The Report later named that man as Emmanuel. He told the website: ‘Perla informed me that in those sanctuary states, the state has the benefits to help migrants. I’ve just been the mediator because I like to help people.’ Emmanuel said that Perla had no part in organizing the flights and was merely charged with filling the planes. A woman named ‘Perla’ was also named in a lawsuit that was filed in Massachusetts on September 20. At the time the lawsuit was filed, Huerta was known only by her first name. 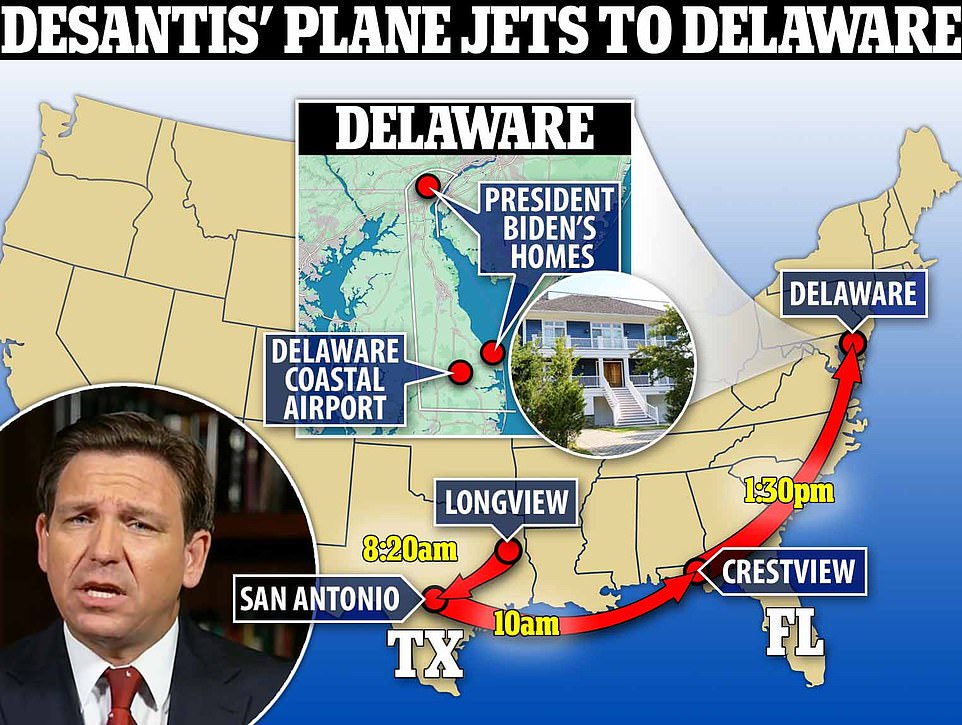 The September plot was undertaken by Florida Governor Ron DeSantis without the knowledge of his counterpart in the Lone Star State, the Times said in their report. Abbott, a fellow Republican, has not publicly criticized DeSantis’ actions – which usurped his own efforts to move migrants to northern states – but his office was reportedly given no warning of what the Florida governor was up to. Texas, for its own part, has bussed thousands of migrants who crossed over from Mexico to New York, Washington DC and Chicago in the past few months. 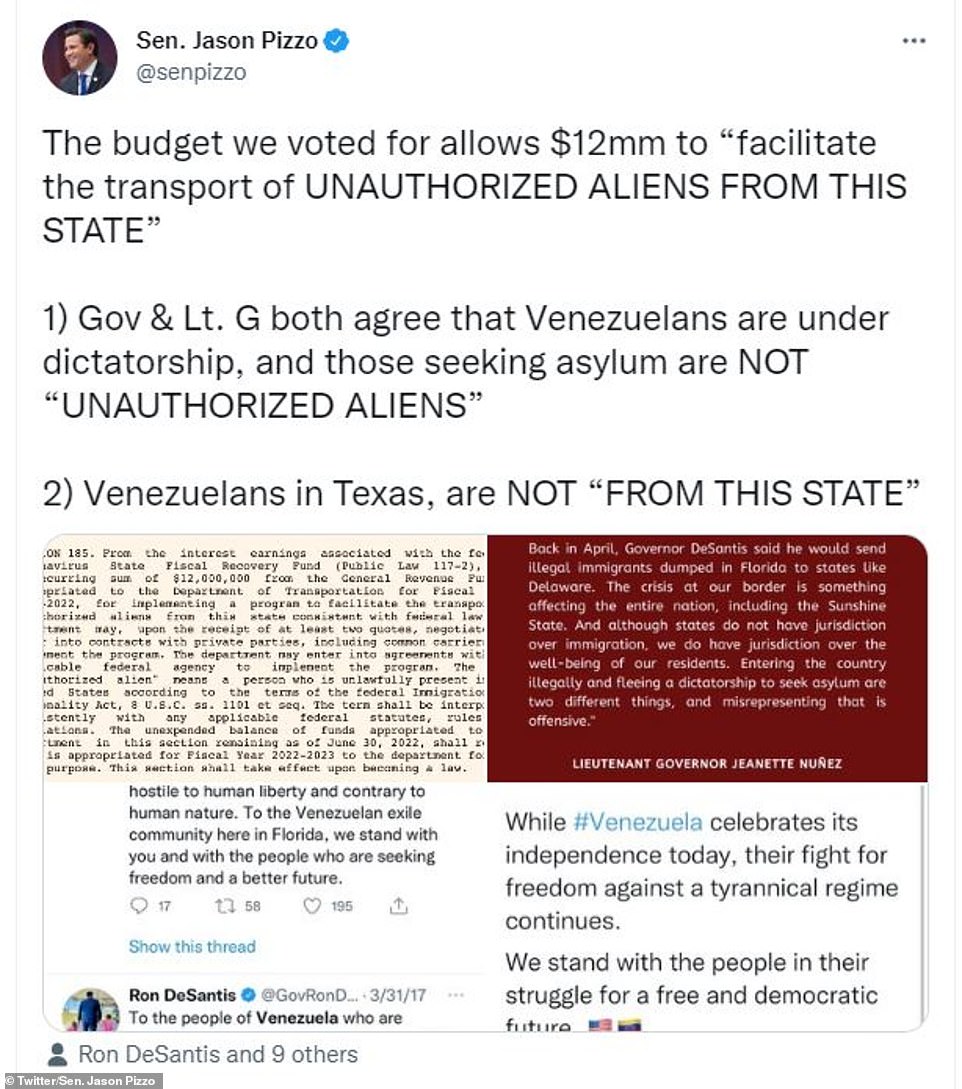 Florida has allocated $12 million to transport unauthorized migrants out of its own state. DeSantis’ decision to cross state lines to retrieve migrants calls into question the legality of his use of state funds to do so. Jason Pizzo, a Florida Democratic senator representing Miami, has filed a lawsuit against the governor alleging that he violated state law because the budget that the funds were drawn from stipulates that they be used for ‘the transport of unauthorized aliens from this state consistent with federal law.’ 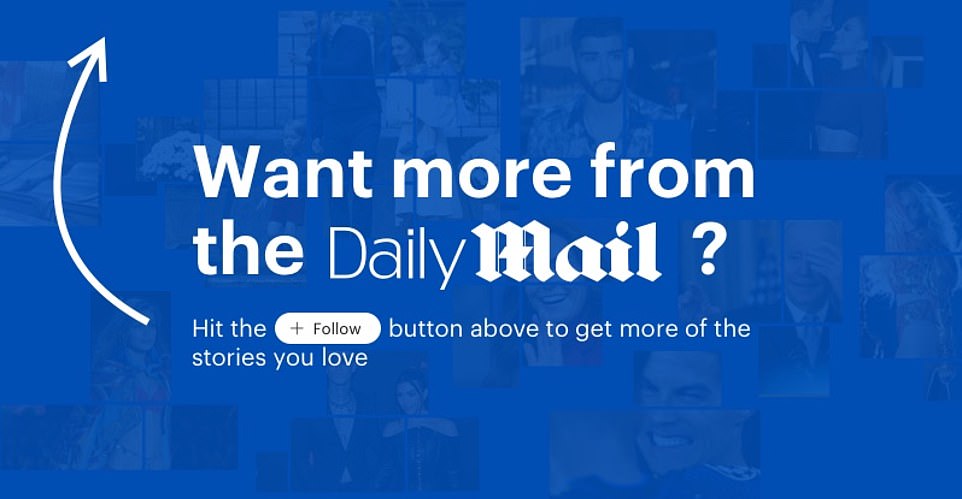