By Tim Bugler For The Daily Mail and Kumail Jaffer

The BBC has axed a radio remake of The Snowman after the original composer for the famous Christmas film lambasted the broadcaster’s ‘desecration’ of his work.

Howard Blake was upset at producer Jonathan Manners for not using any instruments in his forthcoming audio version.

The broadcaster confirmed last night it had removed the show – due to air on Radio 3 on Christmas Eve and Radio 4 on Christmas Day – from its festive schedule.

It is understood the decision was made after a conversation between Mr Blake and the BBC yesterday.

He claimed Mr Manners was ‘just trying to make a name for himself’ by swapping out instruments for ‘vocalise’, when a choir mimics instruments.

Mr Blake told The Daily Telegraph that what Mr Manners has done to his music ‘is a desecration’ and ‘absolutely vile’.

A BBC spokesman said: ‘We were saddened and surprised to hear of Mr Blake’s concerns. It’s a great shame we have to remove this from our schedule, in line with Mr Blake’s wishes.’

Mr Manners chose the musical style after hearing the acapella arrangement of ‘Walking in the Air’ performed by St Albans Cathedral Choir in 2019, Mr Blake said.

‘Jonathan’s wish was to turn the work into a “vocalise”- that is to say a piece of music to be performed by singers only,’ he wrote on his website. 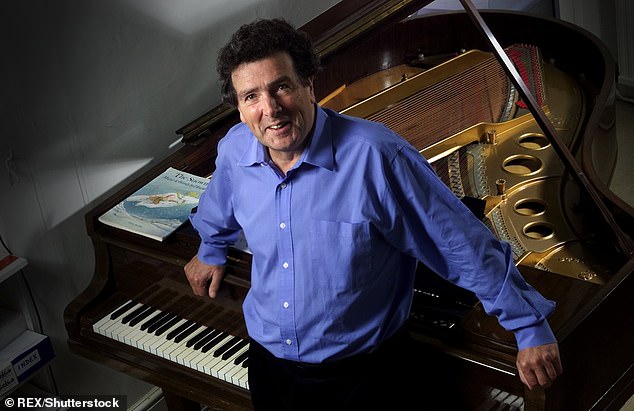 ‘Whilst not wishing to embark on such an arrangement myself, I gave Jonathan permission to experiment with this idea but expressed the doubt that all the musical features of the score could be thus voiced and suspected Jonathan would have to employ other instruments along with the choir.’

The short film, nominated for an Oscar in 1983, is wordless apart from the famous four-minute song ‘Walking In The Air’.

It is broadcast every Christmas Eve on Channel 4 and came third in the channel’s 2004 poll of the 100 greatest Christmas moments. Stephen Fry was set to narrate this year’s radio version.

In 2012 the animation’s sequel, Snowman and the Snowdog, recorded a peak of 5.8million viewers – making it the highest-rated Channel 4 programme to be broadcast on Christmas Eve.