Designated driver, 19, ‘killed her back-seat passenger when car smashed into her Renault Twingo’

A designated driver for a girls’ night out killed her back-seat passenger when a car crashed into her Renault Twingo after she pulled over onto the motorway hard shoulder to continue a row about petrol money, a court heard.

Christalla Amphlett, from Edgware, was ‘bickering’ with passenger Maisie O’Flynn as she drove the group home from a night out in Watford in November 2017, it was claimed.

On Tuesday, a jury was told her decision to stop the car on the hard shoulder of the M1 in the early hours led to the tragedy when a vehicle crashed into the back of Miss Amphlett’s car, killing a passenger.

Chloe Palmer, 19, who was sat next to Miss O’Flynn, suffered a severe brain injury due to the impact and died in hospital six days after the crash.

Chloe Palmer (pictured), 19, suffered a severe brain injury and died in hospital six days after a vehicle crashed into Christalla Amphlett’s car on the hard shoulder of the M1

Miss Amphlett, 21, pleaded not guilty at St Albans Crown Court to causing the death of Miss Palmer by dangerous driving. She denies a second charge of causing serious injury by dangerous driving to Miss O’Flynn, who suffered a head injury and an injury to the right side of her chest.

Prosecutor Wayne Cleaver said although the driver of the Isuzu D-Max which crashed into the back of Miss Amphlett’s car had admitted offences in relation to causing the death of Miss Palmer, she also was responsible for the collision.

He told the jury: ‘The fact that she parked her car on the hard shoulder created the conditions which allowed the collision to take place.

‘The prosecution say she is as responsible for the collision as the other driver was’.

The jury was told the driver of the Isuzu may have fallen asleep at the wheel and the vehicle had veered across the carriageway and crashed into the Renault directly behind where Miss Palmer was sitting.

At 3.30am, the court heard, Miss Amphlett set off from Watford and headed north along the M1 towards St Albans with three young women in the vehicle.

Miss Palmer was sitting in the back seat directly behind the driver. Next to her on the nearside of the back seat was Miss O’Flynn and in the front passenger seat was Keziah Knight.

The jury heard that as the vehicle travelled along the M1, the defendant and Miss O’Flynn started ‘bickering’ about petrol money. Mr Cleaver said Miss Amphlett became ‘annoyed and irritated’ and, as a result, she decided to bring the car to a halt.

‘She pulled over onto the hard shoulder on the M1 where [the car] remained stationary for a few minutes,’ he said.

The prosecutor said the front seat passenger made it clear they weren’t supposed to be there and told the driver to move on.

Judge Michael Simon, hearing the case, was told Miss Amphlett then drove back onto the carriageway and headed north until an argument broke out again and this time she pulled up once more just south of junction 6, the Bricket Wood exit.

The court was told an electronic device fitted to the vehicle, which was like the black box of a plane, later revealed it had had remained stationary for a total of 17 minutes.

On this occasion, said Mr Cleaver, Miss Knight got out of the car and sat on a barrier, but Miss Palmer and Miss O’Flynn remained in the back seat with the defendant behind the steering wheel.

The court heard that soon after stopping the car, Miss Amphlett opened her driver’s door and turned in the seat with her legs outside. 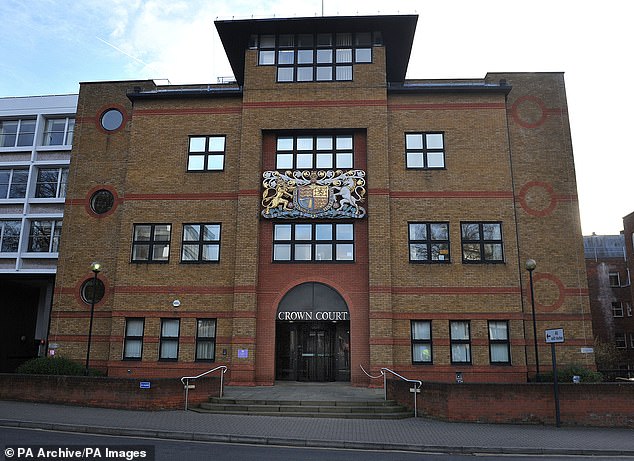 The jury was told the vehicle’s lights were off, no hazard lights had been switched on and the stretch of the motorway where the women were was not illuminated as it normally would be because some overhead gantry lights were not switched on.

As the Renault was badly positioned and not as far over as it should have been on the hard shoulder, it was close to the traffic and other drivers began to sound their horns to indicate it ‘presented a potential danger’, the court heard.

Some motorists, said Mr Cleaver, had to swerve to avoid the Renault because the open door of the vehicle was so close to the roadside with Miss Amphlett’s legs outside.

The jury was told the Isuzu D Max had also been travelling north along the M1 that morning when it suddenly veered across the carriageway and into the rear of the Renault.

In court, witness Miss Knight, who was in the front passenger seat of the car, said on the evening of the crash Miss Amphlett had driven her and Miss Palmer to the club and the plan was that at the end of the night the three of them would stay at Miss Palmer’s home in Finchley.

At the club in Watford they met Miss O’Flynn and spent the rest of the night there until closing time at around 3.30am.

Miss Knight, who was 19 at the time, said when they left the club it was agreed they would first drive Miss O’Flynn to her home in St Albans before heading back to north London.

As they headed along the M1 she said a row broke out between Miss O’Flynn, who was on the back seat, and Miss Amphlett who was driving.

‘Maisie and Christalla had been having an argument because Christalla asked for petrol money for the journey to drop Maisie home, something was said about the car needing petrol,’ she said.

‘Maisie kept saying she didn’t have it on her and she would sort it out in the morning. Christalla kept on asking – it was like badgering.’

Miss Knight said the defendant appeared to be ‘angry and annoyed.’ 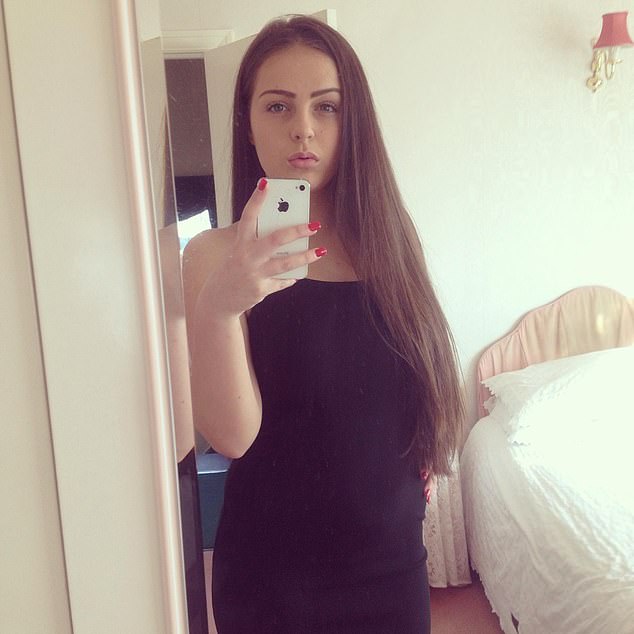 Continuing her evidence, she said she and Miss Palmer thought at first the row would ‘blow over.’

Miss Knight said soon all four of them were involved in the argument. The court heard it was then that the defendant pulled up on the hard shoulder and the Renault remained there for around two minutes before driving off.

She said the defendant and Miss O’Flynn again started arguing over the petrol money and the car stopped again on the hard shoulder, this time for around five minutes.

Miss Knight then told how there was a third and final stop on the hard shoulder as the row continued, with all four of them shouting to get their point over.

She said after about five to 10 minutes she got out and went and sat on a silver barrier beside the hard shoulder. ‘At one point Maisie got out to talk to me and then got back in,’ she said.

From outside the Renault she said she could see the three inside still arguing and Miss O’Flynn was crying. It was then she said that she received a text message from Miss Palmer who was inside on the back seat which said: ‘She’s actually fuming.’

Miss Knight said she looked up from her mobile at that point and it was then that she saw the ‘truck’ hit the Renault. She said in the impact Miss Amphlett was thrown out of her vehicle and was lying in the road.

Mr Cleaver added the defendant was also injured in the collision and suffered a head injury and bone fractures as well as ligament damage.

He told the jury that stopping the car on the hard shoulder was dangerous and it had contributed to the cause of the collision.

‘The position of the car on the hard shoulder created the conditions which allowed the collision to occur. The hard shoulder can only be used in circumstances where there is a genuine emergency,’ he said.

‘This was not an emergency. This was young women bickering in a car and getting agitated and showing off.

‘There was no pressing need for the car to stop at that location,’ he said, adding ‘without her parking in that stupid position this would never have happened.’

The jury was told that Miss Amphlett was interviewed by police in August of last year.

In a prepared statement, she said ‘Looking back I don’t think my driving was careless or dangerous and was the cause of the collision.’