Jill Hibberd (pictured) was stabbed 70 times in the attack

A massage parlour boss was ‘savagely’ stabbed to death by a drug addict ‘desperate’ for money, a court has heard.

Lee Fueloep, 40, is alleged to have knifed 73-year-old Jill Hibberd 70 times before stealing her Audi TT car to sell for drugs.

She suffered wounds to her heart, aorta, lungs, neck and face in the alleged attack on May 30 this year.

Miss Hibberd’s body was discovered by concerned neighbours the following day in the living room of her home in Wombwell, near Barnsley, South Yorkshire.

Fueloep was captured on CCTV footage walking past and ‘glancing’ at Miss Hibberd’s home on the day of the alleged attack before returning a short time later.

Prosecutor Kama Melly QC said after the stabbing, Fueloep ‘ruffled’ through Ms Hibberd’s handbag and stole her red Audi TT from the driveway of the property.

The defendant then returned home and ‘enjoyed the fruits of his labour’ by spending it on large quantities of heroin and crack cocaine, a court heard.

Fueloep, of Wombwell, South Yorkshire, denies murder and is on trial at Sheffield Crown Court.

Miss Hibberd, who owned Fantasia massage parlour, in Sheffield, arrived at her home in Roy Kilner Road at about 6.30pm. 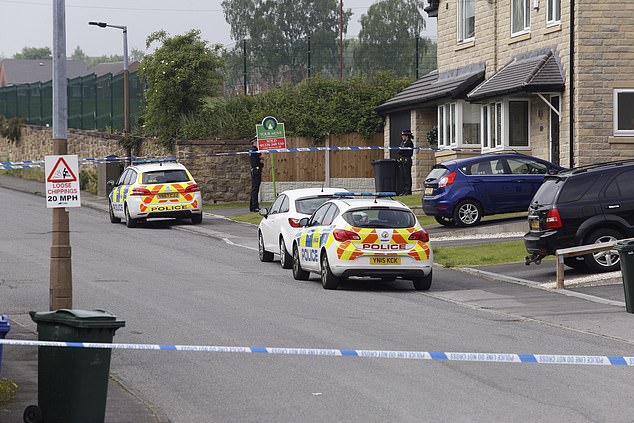 Opening the case, prosecutor Miss Melly QC said Miss Hibberd was the owner of Fantasia massage parlour and arrived at her home at about 6.30pm.

She added: ‘She was a woman, who took care of her appearance and home.

‘She was a woman who worked long hours and she was, according to her neighbours, a woman of routine.’

A short while later was seen again walking back towards the address, a jury was told.

The barrister said about five minutes later Miss Hibberd’s Audi was seen being driven away ‘at speed’.

She said: ‘The defendant lost control and he stabbed Ms Hibberd savagely and repeatedly.

‘He then moved her body by dragging it by her ankles so that the body could not be seen so easily by passers-by.’ 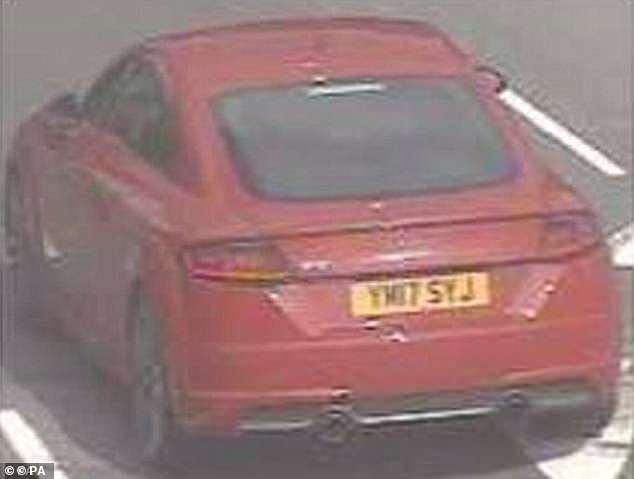 ‘The Crown submit that the defendant was a drug user and would frequently get to the point where he could not live on benefits and would simply knock on doors in the local area and try to get money off them.’

Miss Melly said Mr Fueloep then disposed of the car with the help of a man called Andrew Ashby and used the money he made to buy heroin and crack cocaine.

She told the jury: ‘The behaviour of the defendant that night, is you might think, the behaviour of a drug addict who has come into money and is desperate to take enough drugs to just lessen the memories of his behaviour earlier that evening when he rained down those wounds upon Ms Hibberd.’

Miss Melly also said a neighbour of Fueloep reported a fire in the garden of his home shortly after 9pm.

She said: ‘The defendant wasn’t having a garden bonfire or BBQ he was, say the Crown, trying to destroy any forensic link between him and the deceased..’

Miss Melly said Feuloep had approached the neighbour and asked him for a cigarette earlier and asked if was ‘turkeying’ – withdrawing from drugs.

The prosecutor also said Fueloep told a neighbour the morning after Miss Hibberd’s murder when police were in the Wombwell area: ‘I hope they don’t think it’s me with my record’.