The hunt is on for a 13-year-old who left a note describing the self-harm they engage in as ‘not enough’ in a cry for help discovered in the woods.

The hope is the child – it’s not clear if it’s a boy or a girl – can be found before they do anything serious.

Danny Harris, 39, found the hand-written message while foraging in Ospringe, Kent. He and his partner, Katie Cole, have begged the child to come forward.

The 13-year-old wrote that self-harm was not enough, sparking concerns from the people who discovered it

‘I self harm but I feel like it’s not enough. I just need to get all this off my chest and this is the only thing I could think of doing.’

Ms Cole, from Boughton, is off work recovering from her own mental health problems after being hospitalised earlier this year. 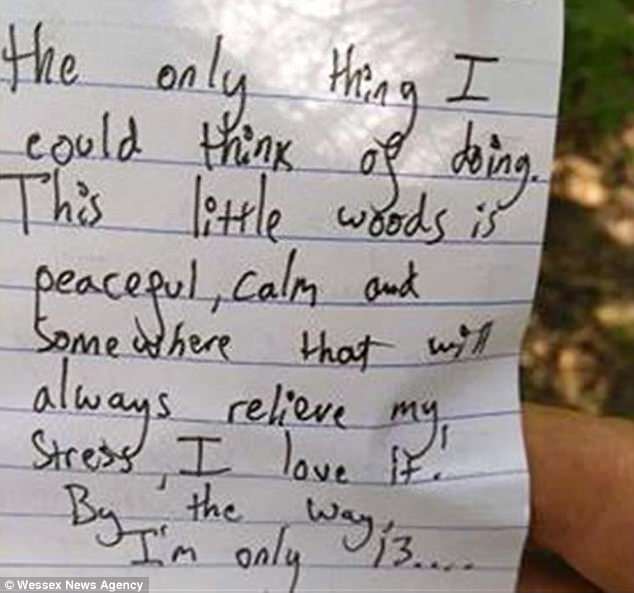 The teenager’s note alarmed the couple, who are now hoping the youngster will come forward to get help

The 44-year-old said: ‘I would like the person that wrote that note to know that people have seen it, and that people care, and that there are people out there that can help.

‘It was ironic that my partner found it. It was like it was meant to be him that found it, because we know what it’s like.

‘I would encourage people to seek help. It doesn’t matter who you talk to. I know from personal experience that it’s a lot easier to talk to strangers.

‘When you’re 13, the smallest thing can be absolutely huge, and it doesn’t take a lot to tip someone over the edge. But there are resources out there.’ 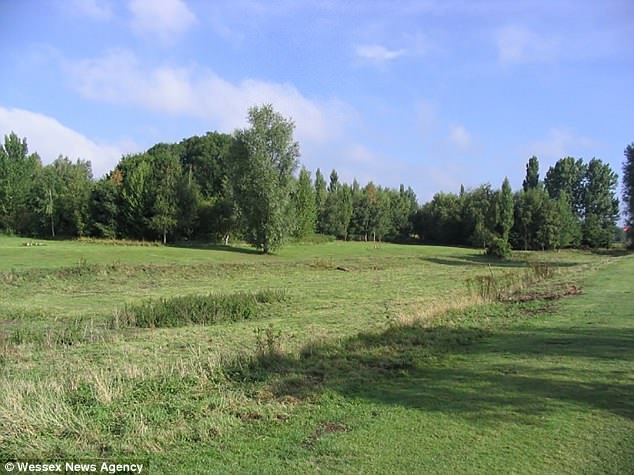 The note was found in the woods in Ospringe, Kent, and the police have been informed about its contents

Kent Police have been contacted about the letter. The force said there have been no reports of children harming themselves in the woodland.

The letter itself looks remarkably clean for something that was supposedly left in woodland.

A spokesperson said that local officers were made aware and asked to pay passing attention to the area, but they have not launched any sort of investigation.

Danny and Katie wrote a response which they left in the spot they found the note explaining ‘somebody did see this’ and, ‘people do care,’ with numbers for mental health services.

Campaigns manager at mental health charity YoungMinds, Nick Harrop, also reached out, saying: ‘If you’re finding life difficult, don’t suffer in silence. Talk to someone you can trust about how you feel.

‘It could be a friend, a family member, a teacher, a doctor, a counsellor or a helpline.

‘There’s also a lot of information on our website about mental health and reaching out for help here.’

YoungMinds also runs a helpline for parents who are concerned about their children and a list of other organisations providing support can be found at.