The mother of a seven-year-old girl with a life-threatening peanut allergy claims she has been cured by a ‘simple’ procedure in the United States.

Catherine Sly’s daughter Zalia went into anaphylactic shock when she was just four after eating peanuts.

After years of research, the Queensland family recently visited a doctor in the US so Zalia could receive oral immunotherapy.

She is now able to eat nuts safely after the treatment, and her mother has called for it to be available in Australia. 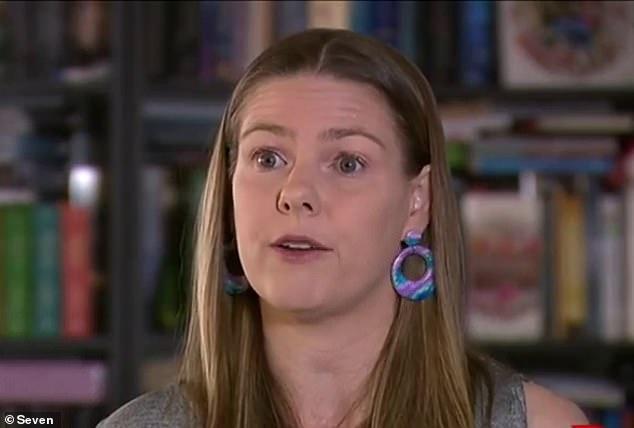 Ms Sly told 7 News that the treatment was simply done by a doctor in the US carefully measuring out peanut powder, and mixing it in a water syringe

Ms Sly said the treatment was simply done by carefully measuring out peanut powder, and mixing it in a water syringe.

‘The first day in the clinic we started at a very, very small dose and then every 20 minutes it increased,’ she told 7 News.

‘If she had of had a reaction or any sort of symptoms it would have stopped at that point.’

Zalia remained unharmed by the treatment aside from a few stomach aches.

Ms Sly said Zalia then visited the clinic everyday, where a doctor would increase her dosage: ‘He just increased it and increased it, up until the level that we’re at now,’ she said.

Initially, doctors said the treatment could take up to six weeks to be deemed effective, but Zalia only required four-and-a-half weeks of treatment in the US.

Ms Sly is now calling for Australian doctors to perform the same or similar treatments.

Between five and 10 per cent of Australian children have food allergies. 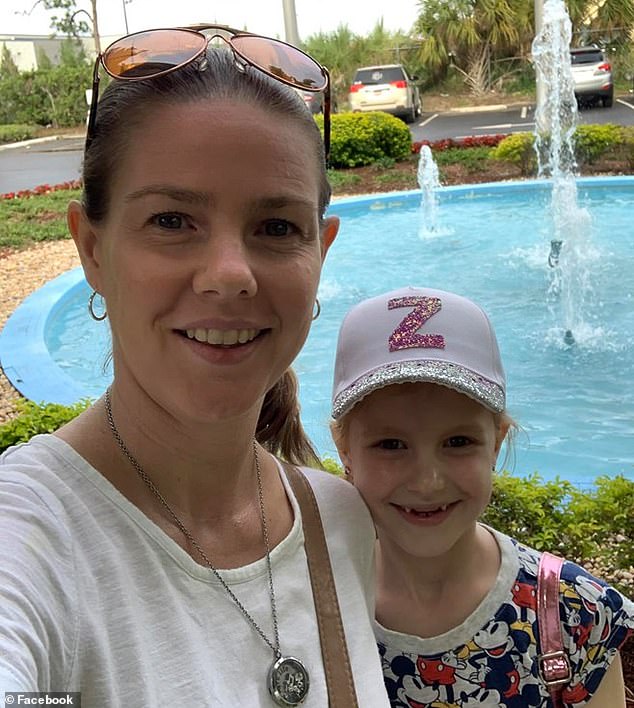 After arriving back home in Queensland, Zalia (right) is continuing the immunotherapy, and now follows a plan the doctor set out for her, which outlines the time and amount to increase the dose by

‘It is really, really simple. I don’t understand why it can’t be done over here by our doctors,’ she said

‘All you’ve got to do is buy peanuts or buy a bottle of milk at the supermarket, it’s not really expensive for prescriptions or anything like that. It’s literally just measuring out a really small amount of food’.

After arriving back home in Queensland, Zalia is continuing the immunotherapy, and now follows a plan the doctor set out for her, which outlines the time and amount to increase the dose by.

Ms Sly says her family’s life is now easier and less stressful, and they no longer have to read every single label before buying food.

‘Now it doesn’t matter unless (peanuts) are the main ingredient in it, we just buy it, we know that it’s going to be safe for her’.

Ms Sly said that not only is Zalia happy that she can now try foods she was never able to before, but now the burden has been taken off as a mother.

‘We used to be worried of going to school if she couched someone, if she touched a playground with an allergen on it, if someone gave her some food. we don’t worry anymore,’ she said.

Oral immunotherapy for food allergies is being studied in clinical trials in Australia for its benefits and harms, and the Australian Society of Clinical Immunology and Allergy does not recommend it be performed by Australian doctors. 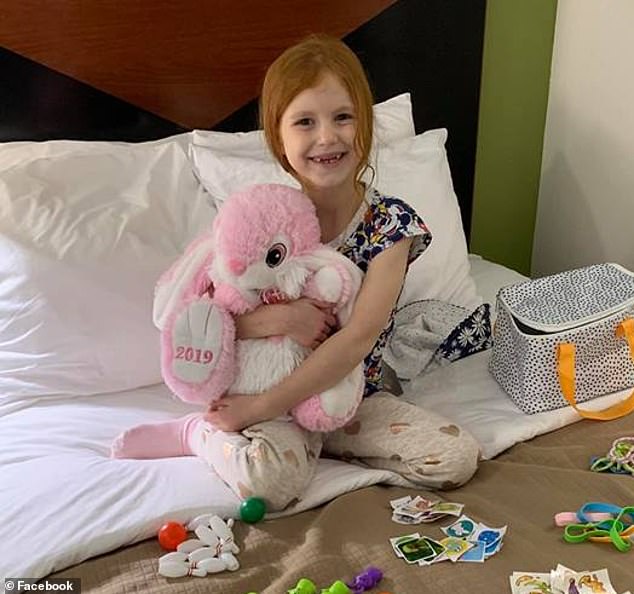 Ms Sly said that not only is Zalia happy that she can now try foods she was never able to before, but now the burden has been taken off as a mother

What is oral immunotherapy?

Oral immunotherapy (OIT) is an emerging experimental treatment, and its benefits and harms are still being studied in clinical trials in Australia and globally.

If the goal of desensitisation is reached, there is a temporary increase in the amount of food allergen that can be consumed before an allergic reaction occurs.

OIT must be performed under strict medical supervision because it’s associated with certain risks of reaction when taking the doses.

Food allergy occurs in around 5-10 per cent of children, and 2-4 per cent of adults in Australia and New Zealand.